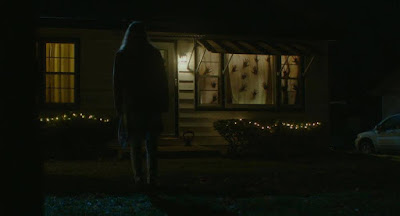 Anguish (2015, USA, dir. Sonny Mallhi)—The most visceral achievement of Sonny Mallhi’s directorial debut Anguish (2015) is its nerve-wracking sound design, imaginatively executed by Sonic Magic, a near textbook example of the vital importance of sound for a horror film to have full impact. But that’s just one accomplishment among many in the World Premiere of Mallhi’s fresh, riveting approach towards the now-cliché exorcism film.

What starts out as a study of mental illness among adolescents slowly morphs into a jarring tale of spiritual possession. Please notice I did not say demonic possession, because that’s the pivotal difference in Mallhi’s filmic strategy, whose research into the subject revealed therapeutic systems of spirit release, in contrast to patristic Catholic approaches of ritual exorcism that often causes harm (if not death) to the possessed individual, precisely for maligning and mishandling the possessing spirit as demonic.

Allegedly based on true events, and actual statistics of the number of adolescents suffering from mental illness, Mallhi—producer of The Strangers (2008) and At the Devil’s Door (2014)—takes over the helm to create not only a harrowing but admirably compassionate tale of 16-year-old Tess (in a powerhouse performance by Ryan Simpkins, 15 at the time of filming) who has been struggling with a personality disorder since the age of 5 that has confounded all the medical specialists approached by her mother Jessica (Annika Marks), who, alone, is barely coping as hospital bills mount while her husband is deployed to the Mideast. Jessica hopes that moving to a small town in a pastoral setting might calm things down, unaware that a recent tragedy has left Sarah (Karina Logue), the local book shop owner, bereft of her daughter Lucy (Amberley Gridley) in a sudden, horrific accident. World Premiere. IMDb.

Two mothers, two daughters, cross and exchange lives as Lucy seeks closure before passing on. This female-centric narrative offers remedial critique to the male-dominated worlds of medicine and religion who eagerly prescribe drugs and exorcism to take care of Tess’s problem. That the two mothers take it upon themselves to work this out between themselves sets the audience up for an evening at the threshold to the dead with lost spirits known and unknown passing through Tess. “I want people to look beyond their comfort zone,” Mallhi asserts, and he has achieved a discomforting, frequently terrifying, experience at the intersection of mental illness and spiritual possession. Anguish will predictably walk away as one of the horror discoveries of Fantasia.