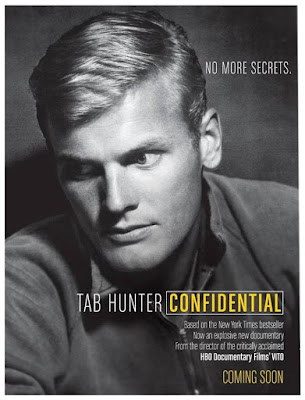 As predicted, Tab Hunter Confidential (2015), Frameline Award recipient Jeffrey Schwarz's companion documentary to Tab Hunter's 2005 autobiography Tab Hunter Confidential: The Making Of A Movie Star (co-authored by Eddie Muller) was enthusiastically received by a capacity audience at the Castro Theatre's 1400-seater. An intimate conversation with one of Hollywood's most famous sex symbols, Tab Hunter Confidential explores the "X" factor that made Hunter a cinema icon in the last days of the studio system star-making machinery and how he maintained privacy and dignity in the face of intense mediated hype. Smartly edited with '50s pop cultural flourishes, creative animations and titles by Grant Nellessen and Taryn Teigue, Tab Hunter Confidential reveals how dreams are manufactured, and realigned with the advance of time.

Hunter exclaimed it felt good to be back in San Francisco where he grew up and praised the audience for their fabulous reception. Schwarz, too, thanked the audience for their warm standing ovation. As for the origin of the project, Schwarz detailed: "As everything goes, all roads lead back to John Waters." It was during the filming of I Am Divine (2013) when he met and interviewed Tab Hunter and his partner / producer Allan Glaser, that the subject came up of making a documentary; a project they were already considering. 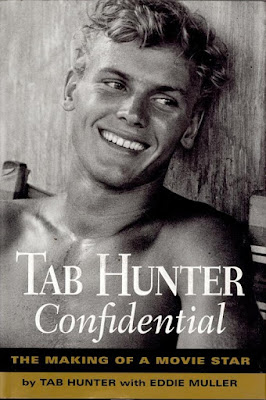 Hunter admitted it had been difficult enough to write the book, but—suspecting someone else might do it and write a lot of garbage—he thought, "Get it from the horse's mouth rather than a horse's ass." Next, Glaser proposed they make a documentary, but not without due credit to Eddie Muller for helping Tab write his autobiography. Despite living with Tab for 33 years, Glaser was not able to pull stories out of Tab like Eddie could. "It's amazing what a few margaritas will do," Muller quipped.

Once those memories were committed to print, Hunter was more willing to be interviewed further for the documentary. His past career was exactly that for him and—according to Glaser—Hunter kept nothing from those years. He even gave away his gold records. So for years Glaser had to re-collect everything to use in the documentary. Glaser would be on Ebay in his bedroom betting on a photo of Hunter, who would scold, "What are you buying that crap for?" Glaser told him it would come in handy someday. 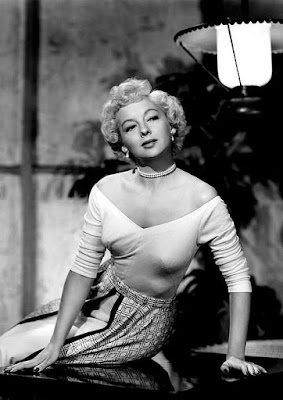 "To stand up on this stage now," Muller offered, "is the culmination of a long story for me that began when these guys were friends with Evelyn Keyes, the actress. I had written a profile of Evelyn Keyes in a book of mine and they thought that I had captured Evelyn to a point where they felt, 'We should talk to Eddie and see if he could work with Tab on this book.' I just want to say that early on in that process, there were a couple of writers they had worked with before that didn't work out. I was asked to fly out to New York to Simon & Schuster to meet the man who had wanted to publish this book, the great editor Chuck Adams. I thought I was going back to New York to sort of audition for Chuck, like could I actually write this book? When I got into Chuck's office, he said, 'Oh no, Eddie, I'm not concerned about you at all. My question is: will Tab be gay enough?' So, I'm just happy to be standing here on this stage today."

Hunter freely admitted that it has been very difficult for him to open up about his life because he is an exceedingly private person. "Sharing the Warner Brothers days is the whole combination: my mother, my brother, who were very important in my life. My mother was a strong wonderful character. She was very positive, but old-fashioned. Today, that just doesn't exist much. Everything's so out there in your face. I love where she came from. When I look back, the more I think how fortunate I was to live in an era like that. So it was difficult for me to explain all that. People today, they don't really understand what a studio contract was like. Those moguls who ran those studios are not who they have today—executives who spent a gazillion dollars on movies that have no depth or reality. Once in a while you will get some creative people out there today that just touch you and move you, and that's what it's all about. It's about communication with one another." Deferring to Glaser, Schwarz and Muller, Hunter praised them for their ability to communicate with others.

Hunter further praised Glaser for being one of the toughest producers he's ever worked with. "It's true," Glaser agreed proudly. Recalling (and respecting) that Hunter was not as interested as he was in doing a book and a movie, Glaser turned to Hunter and applauded him for allowing his walls to be broken down so he could share his story. "Because I think it's an important story to be shared for generations to come," Glaser asserted. "I look at it from that perspective." With the great bio from the book that Eddie and Tab had created, and Jeffrey as director, as a smart producer Glaser knew he had surrounded himself with the most talented people he could find.

Hunter added: "I know how difficult it is when you're gay and people so often say, 'Oh she's gay or he's gay blah blah blah blah' and I hate that. I just don't think it's anybody's business. You should live your life the way you want. My concern is with your being a human being. What kind of human being are you? That's what I love so much because I've worked with such incredible human beings. People always want to put people in a category and lock them into it right away. I hate labels." 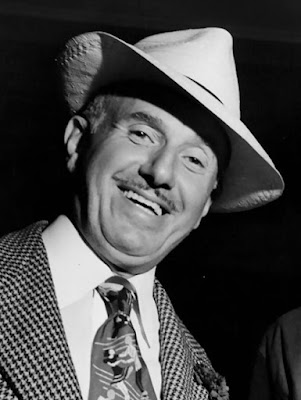 Asked what it was like working with Jack Warner, Hunter revealed that Warner cracked the worst jokes in the world. He thought he was funny and everyone would laugh along obligingly. But he sure knew how to run a tight ship. If you worked for him and he said, "You go to work on Thursday", Thursday you go to work, no questions about it. If you turned something down, you wound up like Bette Davis on suspension. But Hunter loved those old moguls because they knew what they wanted. They knew how to produce motion pictures. He characterized Warner as Lucifer with his little moustache, but he knew his business and was tough. "When you're employed by someone, you do what they ask or you're out and someone else is in there. So do it to the best of your God-given ability or get the heck out." 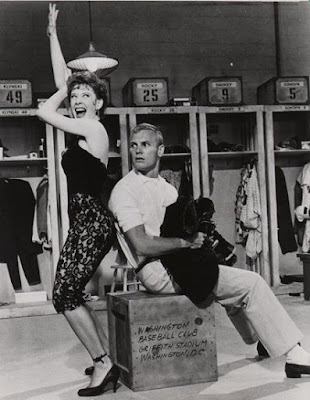 Schwarz added that Warner defended Hunter many times. Although he couldn't include it in the film, when Hunter was cast in Damn Yankees (1958) and director George Abbott expressed his discontent, one of the reasons for his discomfiture was because he thought Tab was a little "light in his loafers." Years later when researching for his book, Hunter discovered this remark in a memo Abbott had written Warner. Warner insisted Hunter would be in the movie, whether Abbott agreed or not.

Hunter recalled another instance. The controversial spread in Confidential Magazine had come out two weeks before he and Natalie Wood won the audience awards for promising newcomers. They were at an event when one of the photographers shouted out, "Smile pretty, Tab, this is for the next issue of Confidential Magazine." Horrified, he turned his back on the photographer. Warner grabbed him by the shoulders and faced him back out, stating, "Tab, remember this, today's headlines are tomorrow's toilet paper." He was so grateful. People were always out to criticize. "We have to be positive in this day and age," Hunter encouraged, "There's too much negativity."

Hunter emphasized that he was a part of the end of the studio era, along with Natalie Wood, Tony Curtis, and Robert Wagner.  They were all youngsters and part of a studio system that was rapidly crumbling because of live television, and because the studios had to get rid of the theaters they had all around the country.  It was a changing business. They all looked up to the big movie stars—Gary Cooper, Fred Astaire, Humphrey Bogart, John Garfield. 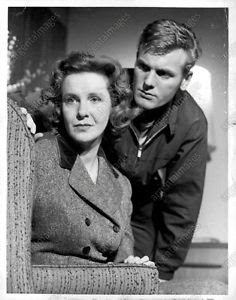 He recalled working with Geraldine Page, who he considered a "master." He told her, "Gerry, everything you do people absolutely love and the critics hate me. They tear me apart." She grabbed hold of his arm and said, "Remember this, Tab. If people don't like you, that's their bad taste." He thanked her for the advice, which he passes on to everyone he meets: "If people don't like you, that's their problem, not yours."

Asked about the participation of Mother Dolores Hart in the documentary, Jeffrey Schwarz understood it was kind of a shock to first see her in the film but she's friends with Tab and Allan. Hart wanted to be a nun but she also wanted to be an actress. She consulted with some other nuns and they told her to be an actress first and then be a nun. She did movies first, with Elvis Presley—she was in Where the Boys Are (drawing question marks in the sand with George Hamilton)—before becoming a nun. She had a powerful aura around her when he interviewed her, something he's never felt with anyone else, and he loved how accepting she was of Tab. Through her commentary, Schwarz was able to include Tab's spirituality on screen to show how important his religion is to him; something you don't often see presented in a positive way.

"Mother Dolores is a terrific woman," Hunter affirmed. She was in Los Angeles on tour with her book, Hunter and Glaser attended the booksigning, and he asked if she would participate with the documentary. "I would love that," she responded, and Glaser immediately sent a car for her and brought her over. Schwarz advised that she's still a voting member of the Academy. Hunter joked, "I always wondered when they sent her a lot of schlock if she and all the nuns sit around watching it?!" 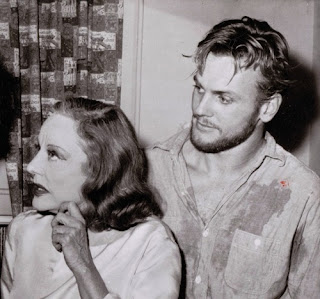 With regard to how he adapted the book for the film, Schwarz recounted that the first cut was four hours or so because there was just so much beautifully detailed material in the book to follow up on. They interviewed 50-60 people. But they couldn't use it all, including stories about Tab's working with Tallulah Bankhead on off-Broadway, and one of his being taken to trial by his neighbors on false accusations of animal cruelty. There was insane, crazy, very moving stuff in the book, but a movie can only be 90 minutes. Schwarz is grateful to Muller and Hunter for starting the process all those years ago. The good news is that the book has just reappeared as No. 9 on the New York Times bestsellers list.
Posted by Michael Guillen at 6/22/2015 03:03:00 PM