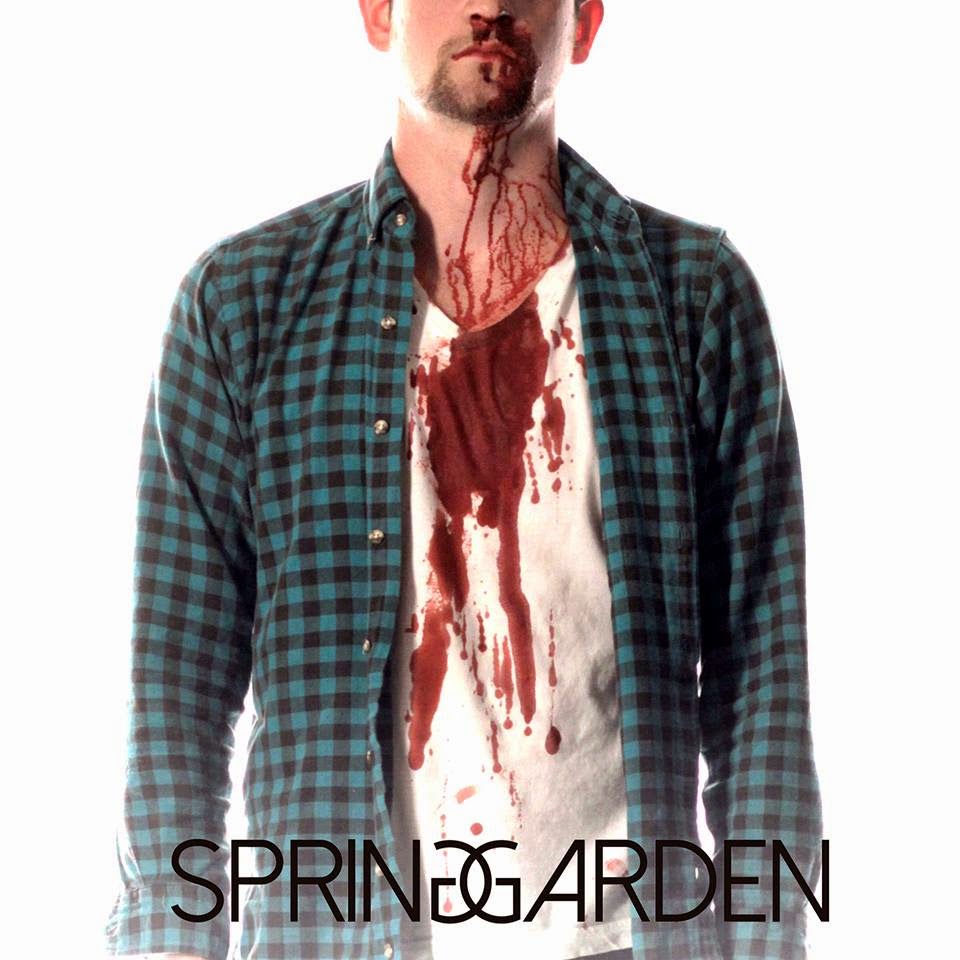 In full disclosure, Jake Fullilove's Spring Garden (2014) is a pet project of mine. It first arrived at my desk as a shooting script developed by Jake and his collaborator Matt Shelar, adapted from Matt's short story. Straight off, it exhibited a pulpy coherence that spoke to the project's genre ambitions.

My creative presence in Boise, Idaho is mitigated by my age, in that most of Boise's film scene is built upon the momentum of its youthful production crews who—eager to have me write about their projects or contribute financially to their crowd funding campaigns—rarely invite me to participate. That makes some sense in that I'm not really trained in film production, geared more towards exhibition, and normally approach films after the fact when they're on circuit; but, Jake—aware of this sensitive disconnect—made a point of approaching me to ask for my participation in helping him achieve his dream of making his first feature short. Most of the entry level slots on his production crew were already assigned, but I offered to help out where I knew I could: fixing food for the cast and crew for three days of their shoot. It was my first catering gig ever and I'm proud to say it might earn me an IMDb credit. Feeding the team also afforded the opportunity to watch a film being made and to witness Jake's generous and temperate on-set sensibility. Everyone on the set was clearly having a fun and rewarding experience and this had everything to do with Jake's genuine appreciation for each and every aspect of participation provided by his cast and crew.

Saturday evening marks—not necessarily the premiere of the film—but, it's first screening to said cast and crew who will be gathering for a private viewing at Ming Studios—Boise's premiere international art space—and I wanted to take time to congratulate everyone involved on what I consider the unquestioned success of the project and what I hope will be a robust festival run. My only regret is not being present to follow through with a killer grazing table.

With his first feature short, Jake Fullilove reveals himself as a talent to be reckoned with. Visual ingenuity, a strong sense of editorial rhythm, and solid professional marks all the way throughout spotlight Matt Shelar's well-spun psychological thriller. Crisp lensing by Skip Armstrong on the RED scarlet and RED Epic X, state-of-the-art special effects by Dustin Montierth, and an effectively tense and suspenseful sound design by Daniel Kerr frame the sparring performances of David Cowan and Jem Wierenga. For his first narrative short, Jake Fullilove and his collaborators have achieved a disquieting tale of murder and mayhem in the vein of Dexter. The film's final dream sequence (shot in the Boise Co-Op), with its impressive tracking shot, deserves a singular shout-out.