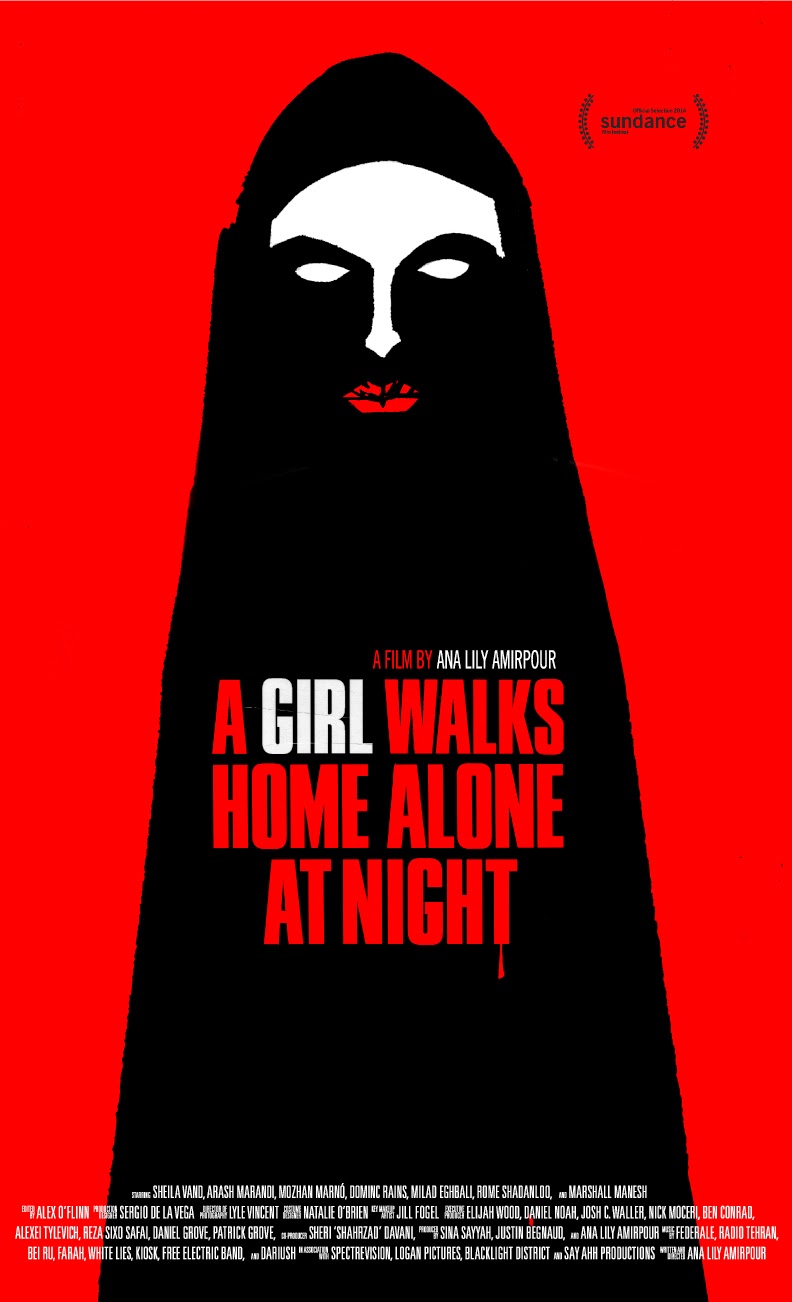 Unexpectedly beautiful, at turns contemplative and chilling, Ana Lily Amirpour's debut feature A Girl Walks Home Alone At Night (2014) [Facebook] is being billed as the "first Iranian Vampire Western" and is a text book study of a continuing trend towards elevated genre; i.e., Tomas Alfredson's Let the Right One In (2008) and Jim Jarmusch's Only Lovers Left Alive (2013). Its eccentricity (a chador-clad vampire skateboards around Bad City late at night preying on the blood of its immoral denizens) is redeemed by suspense-drenched atmosphere and—as my friend Frako Loden puts it—a moral center. At The East Bay Express, Kelly Vance concurs: "Filmmaker Amirpour imbues the simple story with a European tone of subdued dread reminiscent of Alain Robbe-Grillet (his L'Immortelle particularly)." But let's not forget the film's mordant wit and—against all odds—a romance at the film's heart. 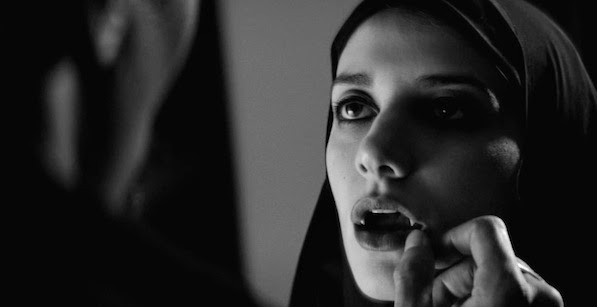 A youthful rock score insures this is a vampire film for a contemporary audience. At The Hollywood Reporter, Boyd von Hoeij spotlights the film's soundtrack "ranging from the Middle Eastern fusion beats of Bei Ru to the underground Iranian rock of Radio Tehran and Kiosk to the spaghetti western-inspired tunes of Portland-based Federale." Fans of the soundtrack will be pleased by its upcoming release by Death Waltz Recording Company. 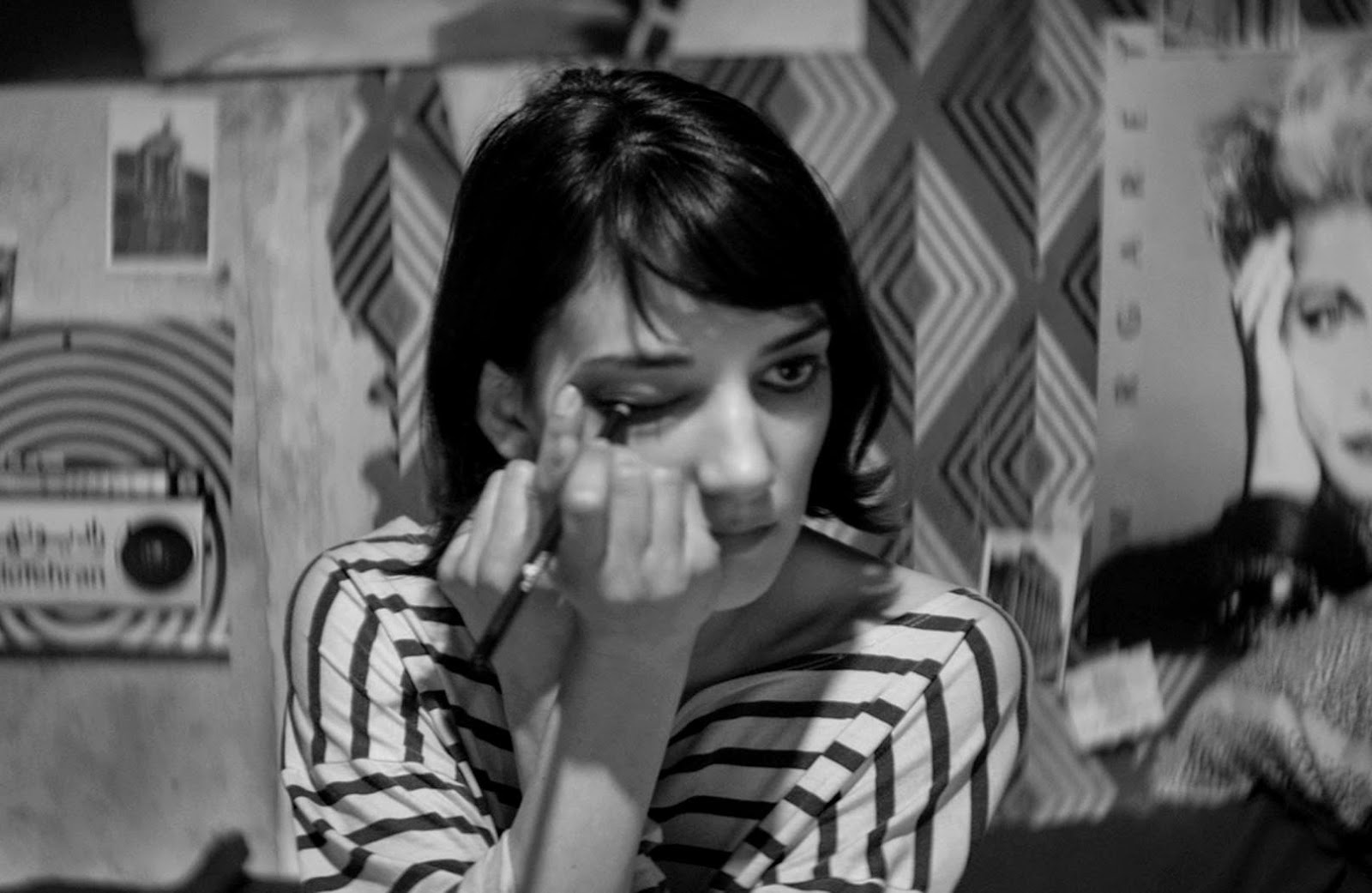 Amirpour, one of Filmmaker Magazine's "25 New Faces of Independent Film" and a consensually designated "Breakthrough Director of the Year" according to IndieWire's Playlist, Moviemaker, and the Gotham Awards, was interviewed early on by Brownbook. Melissa Leon interviewed Amirpour for The Daily Beast and Steven Erickson did the honors for Fandor, where David Hudson has likewise aggregated reviews from the film's Sundance premiere and its New Directors / New Films run.

With an Independent Spirit nomination for best first feature, I've no doubt that A Girl Walks Home Alone At Night is a film that will be hypnotizing audiences during its Bay Area Landmark Theatres run.