As time goes along, I find myself interviewing less and less and yet, even so, year's end reminds me as I have often said that my world is made up of conversations. Here are my favorites for the year. 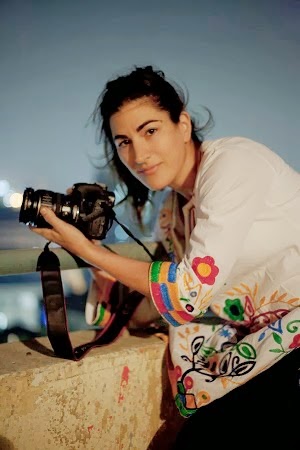 Jehane Noujaim and Karim Amer (Al Midan / The Square, 2013)—One of documentary's prime imperatives is to reveal the heart of revolution against government oppression. Sadly but surely, there is no shortage of such films year after year. What is often lacking in reportage of such events, however, is a sense of remedy. With The Square, director Noujaim and producer Amer have chronicled the communal conscription of space for political assembly and energized Egypt's historical events with intimate reportage. With the right to political assembly being threatened within our own borders by an increasingly militarized police force, it's important to consider that revolutions don't always occur in other countries. 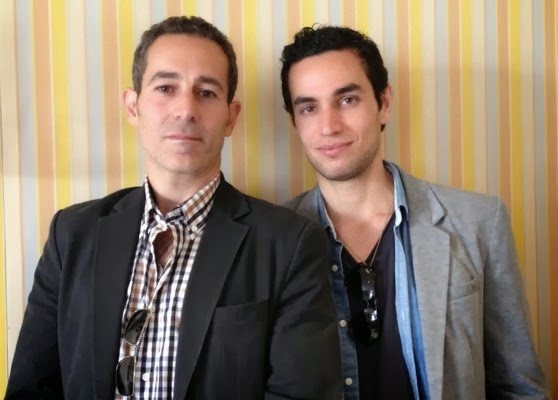 Adam Bakri and Waleed Zuaiter (Omar, 2013)—Placing political conflicts within narrative contexts can prove problematic, especially if nested within a romance. But even more difficult is to depict the dynamics of manipulated collaboration. It was with great pleasure that I sat down with the lead actors of Hany Abu-Assad's Omar in the Palm Springs International press lounge to discuss their efforts to bring this collaborationist narrative to the screen. 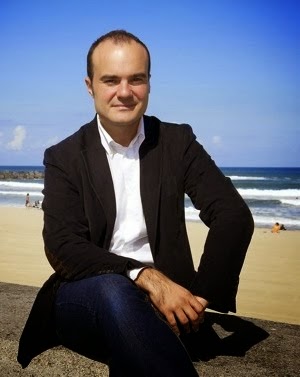 Oskar Alegria (In Search Of Emak Bakia, 2012)—Every now and then I gain a friend through an interview. Such was the case with Oskar Alegria and In Search of Emak Bakia, a film that built itself out of the imaginative sleuthing of its first-time director. Oskar and I have maintained a healthy correspondence since our first conversation about his evocative, poetic film and are striving to bring the first-ever Basque Film Festival to the United States. We thought Boise with its huge Basque population would be the perfect venue but they ignored us (their loss), so now we're wooing San Francisco. Wish us luck. 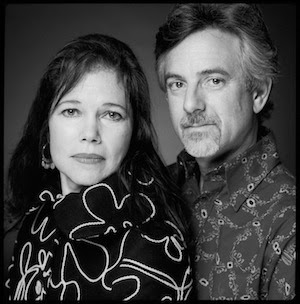 Dayna Goldfine and Daniel Geller (The Galapagos Affair: Satan Comes to Eden, 2014)—San Francisco filmmakers Goldfine and Geller are a personable pair and I much enjoyed getting together with them at a coffeehouse on Divisadero to discuss what I considered one of the most fascinating documentaries of the year for proving that the simplest stories are often the most complex. I'm stunned that they did not receive an Oscar® nod for this heady hybrid of archival excavation and narrative voiceover that spoke to unreliable narrators and self-made mythologies. I'm grateful to my friends at Fandor for publishing my conversation with the duo, and comments on Nathaniel Dorsky's involvement with their earlier project Ballets Russes (2005) were appended here on The Evening Class. 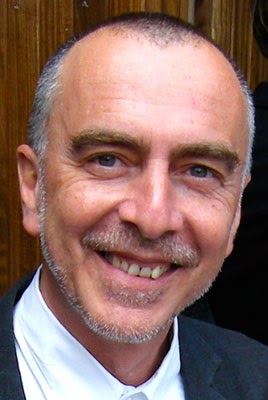 Paolo Cherchi Usai (Too Much Johnson, 1938)—Every now and then I'm asked to do an interview and when the request comes from an institution like the Pacific Film Archive, how can I possibly refuse? And, of course, any opportunity to converse with the erudite Paolo Cherchi Usai is welcome. In the company of such a scholar, I find myself focusing on basic definitions. Again, I'm thankful to Fandor for placing the interview at Keyframe.

Don Malcom—I have two interviews with Malcolm this year, profiling his recent Midcentury Productions programming efforts at San Francisco's Roxie Theatre. The first was for the series "Don Murray: Unsung Hero" from earlier this year, and the second for the more recent (and immensely successful) French Noir series. That latter conversation has yet to be transcribed (but, hopefully, will be accomplished by year's end). Again, here is an instance where I have found a friend within a conversation and—perhaps even more importantly—a professional colleague whose work I hope to monitor in years to come. 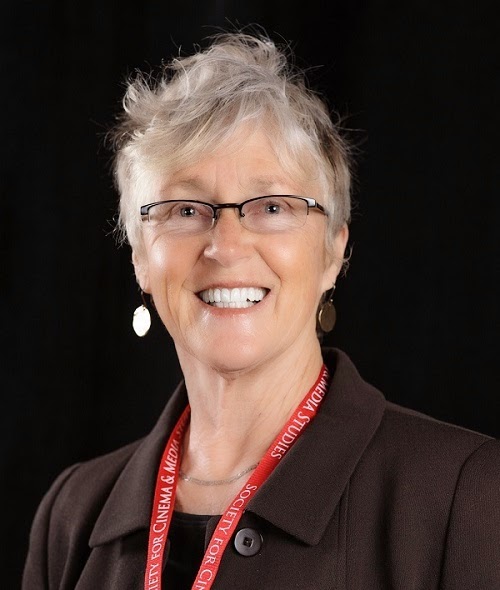 Linda Williams—With the publication of her Duke University volume On The Wire, my conversation with this U.C. Berkeley professor has probably affected me more than any other conversation this year. I consider her flat-out brilliant and her accessibility as an academic deeply rewarding. Narrative seriality has become her focus in recent years, which she has applied to HBO's hit TV series The Wire. But she isn't stopping there. I anticipate great results from the upcoming "Serialities 1915/2015" symposium, the third installment in U.C. Berkeley's ongoing International Berkeley Conference on Film and Media. Along with her focus on narrative seriality, Williams enlightened me to subtle perspectives on the melodrama genre. 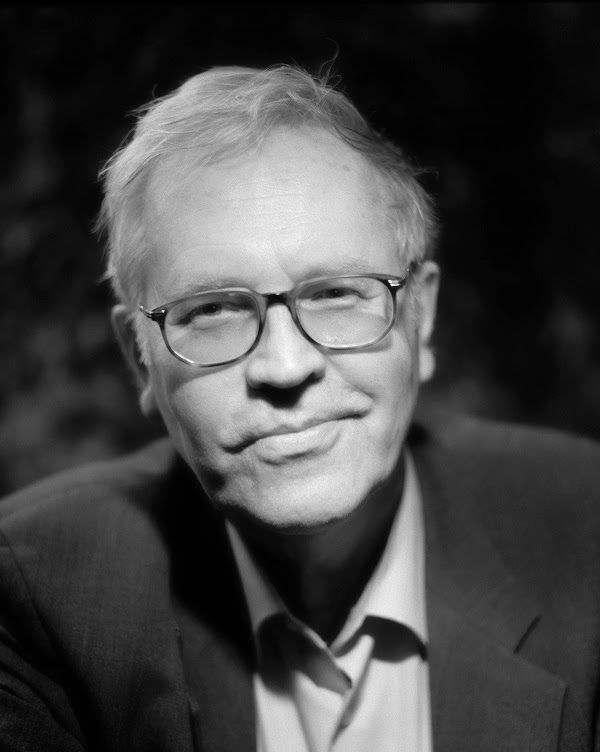 Peter Von Bagh—Timing is everything. How graced was I to converse with Peter von Bagh before his passing this year? Just to have the chance to sit down with such an important figure in world cinema validates my cinephilia. He was one of a kind and I feel blessed to have had the chance to talk to him. 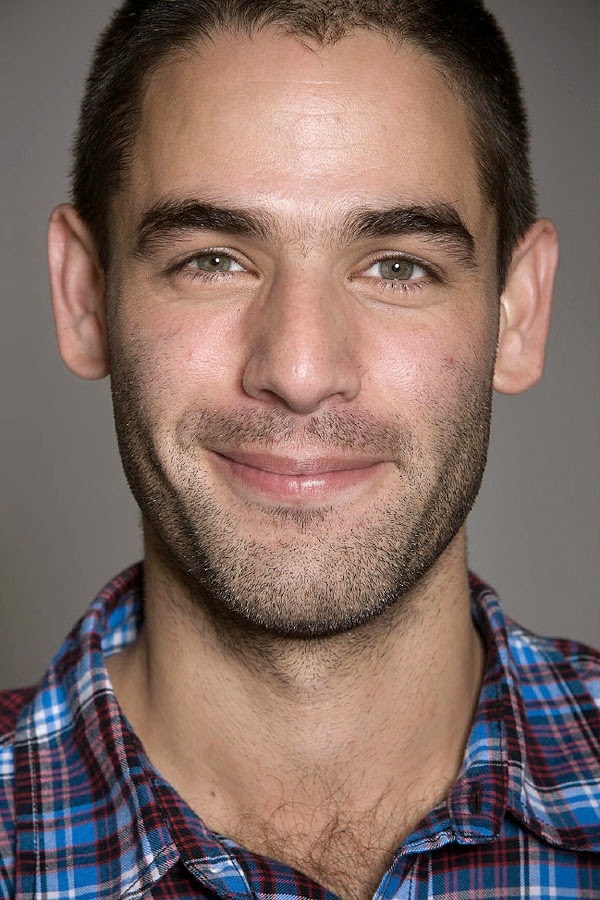 Fernando Eimbecke (Club Sandwich, 2013)—Over the years my knowledge of Mexican cinema has increased in leaps and bounds, stretching back to the country's golden age as well as providing opportunity to interact with its youngest generation(s). Eimbecke is relatively established at this point, but a conversation with this charming fellow has been long overdue. My thanks to the San Francisco International for setting up the interview, soon to be published (again, hopefully early next year) by my friends at Fandor. 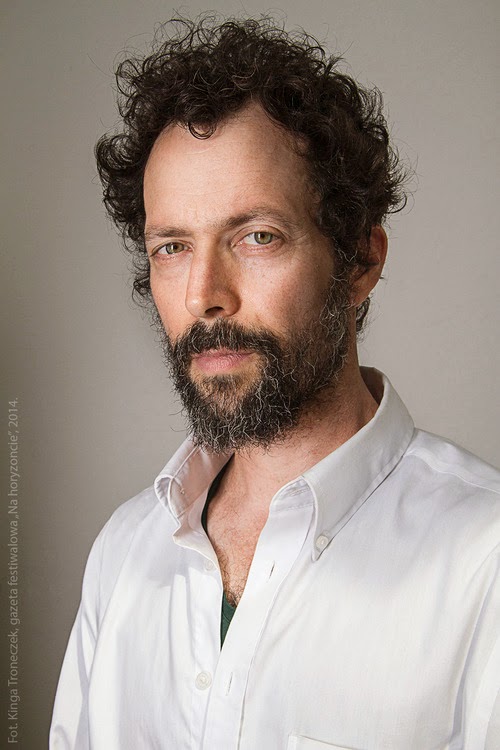 Noaz Deshe (White Shadow, 2013)—Yet another transcription in queue is my conversation with Noaz Deshe, the first-time director of White Shadow, one of my favorite films from this year's San Francisco International. Again, my thanks to Bill Proctor for setting up the interview, Deshe for meeting me for breakfast at Sweet Maple, and Fandor for publishing the interview early next year. 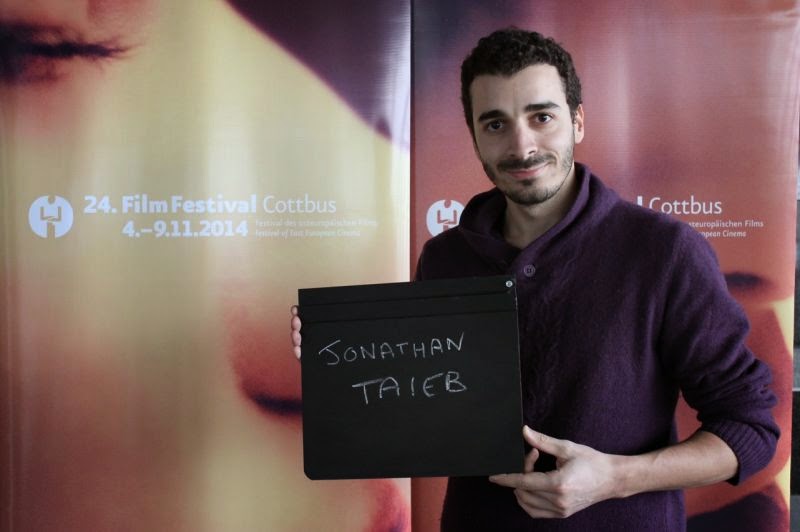 Jonathan Taieb (Stand, 2014)—With the persecution of LGBT in Russia, I was quite taken with Taieb's narrative Stand, which screened at this year's Frameline Film Festival. A lovely young filmmaker, Taieb agreed to meet me at Kate's Kitchen to discuss this important and timely narrative. Soon to be published here on The Evening Class.
Posted by Michael Guillen at 12/15/2014 01:07:00 PM