We here in northern California hardly get a breath! We're barely recovering from the big autumn upheavals—a victorious World Series, Halloween / Day of the Dead festivities and mid-term elections—when the 3rd i South Asian Film Festival (3rd i) [Facebook] arrives to fill a long weekend in early November in San Francisco and mid-November in Palo Alto. Fill with what? With the best in narrative features, documentaries and shorts from South Asian countries (mainly India and Pakistan) and their vast diasporic tentacles into other lands. I don't mean to sound ominous with the octopus metaphor, because these animals are smart, daring, resourceful and creative—qualities that make diaspora happen and drive some of the most globally interesting films coming out today. 3rd i's programmers, led by Ivan Jaigirdar and Anuj Vaidya, can be trusted to find these films and make them available to us. There's rarely a bad film in the bunch, and it's been that way for 11 years.

Unlike other years, I could screen only some of the offerings this time. So this review reflects my preference for documentaries and melodramas. For those keeping track, I watched nearly everything on Vimeo. 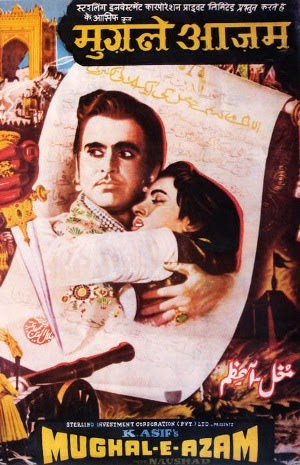 Stand Up Planet: The Documentary (USA: David Munro, 2014) is a fast-moving, upbeat visit to Mumbai and Johannesburg as Indian-American comedian Hasan Minhaj looks for a standup comic from each city to invite back to Los Angeles' Laugh Factory. Minhaj himself has just been added to the fake-news staff of The Daily Show and is a winning ambassador to India and South Africa, two countries that are enjoying a standup-comedy boom. Minhaj imagines all those comics "killing it in places I never imagined. Who are the Pryors and the Carlins of this new global comic spring? What truth bombs are they dropping?" See this and find out. (Nov. 9, 7:30PM, New People Cinema, SF) 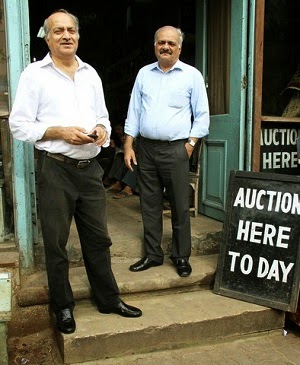 One documentary took its time to win me over, but when it did I found it uncommonly moving. The title of The Auction House: A Tale of Two Brothers (UK / India: Edward Owles, 2014) alludes, of course, to A Tale of Two Cities, which it also is—only this time it's London and Calcutta. Two brothers from Calcutta, their late father the owner of the oldest auction house in India, have lived very different lives. Elder brother Anwer has lived and worked in London since 1969, while younger brother Arshad has stayed in Calcutta and taken over the family business. After 40 years Anwer returns, intending to transform the faltering, obsolescent Russell Exchange into a 21st-century concern comparable to Sotheby's and Christie's.

This setup has more than a whiff of a reality show, but the film ultimately isn't interested in simplistic personality conflicts or staged confrontations. The material objects (e.g., a very large whip) are not as fascinating as the brothers' attitudes toward their worth and saleability, and ultimately toward each other. Diaspora has shaped their experience but perhaps not their fate, and their shouting matches evolve into a slow, grudgingly respectful brother love. Nothing I've said indicates how hilarious this film is, and it doesn't need the overbearing musical choices that signal "funny" a little too often. (Nov. 15, 6:30PM, CineArts at Palo Alto Square) 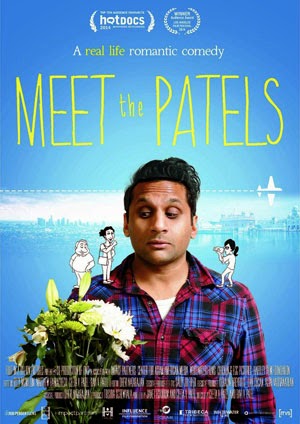 Even funnier is another film about siblings, the Opening Night entry Meet the Patels (USA: Ravi & Geeta Patel, 2014). Unfortunately, tickets—even a rush line—are no longer available at the festival, but the film's ITVS / CAAM pedigree promises future Bay Area screenings. This documentary proposes that if the very Americanized Ravi, pushing 30 and panicking after a breakup with his white girlfriend Audrey, can't find a marriage prospect on his own, he should give himself up to his eager immigrant parents to find him a match. After all, his mother is a traditional matchmaker who feels humiliated that her own children remain unmarried.

So Ravi, tracked by his sardonic filmmaker sister Geeta, hands over his "biodata" to his parents for the traditional marriage resume and travels from city to city meeting up with candidates. Meanwhile we get a fascinating social studies lesson about the Patels, a working-class Gujarati clan famous for owning 7-11s and motels in the American diaspora. A glitch shut down my online screener at one hour, so I didn't get to see the full running time. But it's the mark of an excellent documentary that I couldn't predict how it would end, having set up such a complicated and nonstereotypical—and completely hilarious—situation. (Nov. 6, 7:15PM, New People Cinema, San Francisco) 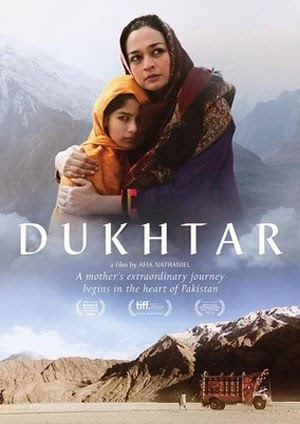 And now to fiction films. The two that I saw qualify as thrillers, maintaining high levels of tension throughout their melodramatic family-themed frames. Dukhtar (aka Daughter) (Pakistan / USA / Norway: Afia Nathaniel, 2014), Pakistan's official entry for Best Foreign Film at the Oscars®, follows a mother who hits the road with her underage daughter, unwilling to let the little girl be married off to an enemy tribal chieftain to settle a vendetta between warring clans. Humiliated, the jilted fiancé orders a manhunt. There are elements that make the social-justice theme a poor fit with the thriller genre, such as improbable saviors and coincidences. But it's still an enjoyable experience with an indomitable heroine and fabulous panoramas of mountainous Pakistan. (Nov. 8, 6:00PM, Castro Theatre, San Francisco) 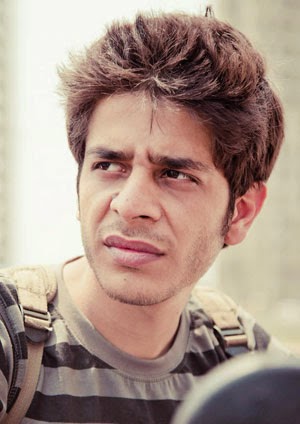 Titli (India: Kanu Behl, 2014) is an entirely more hard-edged melodrama, protecting its sentiment with a scarred narrative skin. Sad-eyed, scruffy Titli is the youngest of a Delhi trio of brothers who make a living at carjacking. Just as Titli is trying to break out of the crime family with a parking contract for an unfinished shopping complex, his brothers figure a new wife for Titli will kill two birds with one stone: keep him leashed to the family and bring in a new female carjacking accomplice. When Titli discovers that his desperate but strong-willed fiancée has her own plans, they strike a bizarre bargain that steers this film into noir territory. Director Behl co-wrote and assisted director Dibakar Banerjee in the latter's ground-breaking Love Sex aur Dhokha (3rd i 2010). Titli is set to be released in India at the end of this year. See it from the diaspora! (Nov. 7, 9:15PM, New People Cinema, San Francisco)