The San Francisco Film Society (SFFS) Fall Season has revamped itself into a trio of mini-festivals for 2014 and will hold court at San Francisco's 114-year-old Vogue Theatre over three consecutive November weekends. The three events—French Cinema Now (Nov. 6-9), Hong Kong Cinema (Nov. 14-16), and New Italian Cinema (Nov. 19-23)—feature a healthy mix of 2014 festival breakouts, mainstream hits and artsy obscurities, along with a handful of revivals, documentaries and animated features. To boot, each harbors a movie competing in this year's Oscar® race for Best Foreign Language Film. Here's an overview of the titles I'm most looking forward to. 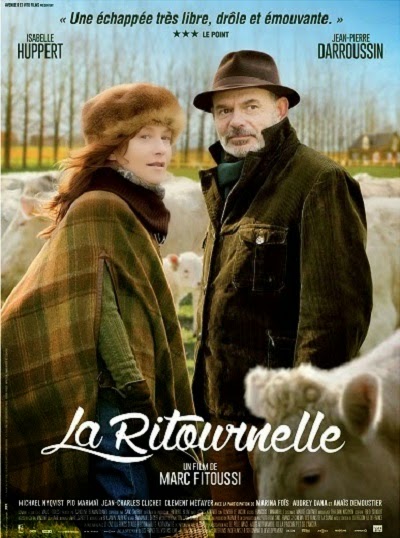 Four years ago, French Cinema Now (FCN) opened with an Isabelle Huppert flick directed by Marc Fitousi. The delightful Copacabana saw the French star in the unlikely role of a Brazil-obsessed ditz selling seaside timeshares. Now Fitousi and Huppert have reunited for Paris Follies, which opens FCN's seventh edition. Perhaps just as improbably, their new collaboration showcases the actress as a discontented cattle breeder's wife who sets off to have a Parisian affair, with hubby (Jean-Pierre Darroussin) in hot pursuit. The intriguing supporting cast includes Michael Nyqvist (Girl with the Dragon Tattoo), Marina Foïs (Four Lovers), Anaïs Demoustier (Living on Love Alone) and seductive Pio Marmaï (Nights with Théodore), and cinematography is by the peerless Agnès Godard. Paris Follies will be the only work in the 11-film line-up to receive two screenings, and director Fitousi is once again expected to be on hand. The most preeminent FCN titles this year are Jean-Pierre and Luc Dardenne's Two Days, One Nightand Olivier Assayas' Clouds of Sils Maria. Both debuted in competition at Cannes to terrific reviews, although neither walked away with prizes. Both, coincidentally, had their Bay Area premieres at the Mill Valley Film Festival a few weeks back. Two Days, One Night stars Marion Cotillard as a factory worker who must convince co-workers to forego a bonus so she can keep her job. It's Belgium's submission for this year's Oscar® race, repping the fourth time the country has chosen to be represented by the Dardennes. Olivier Assayas' latest stars Juliette Binoche and Kristen Stewart in what is generally described as a challenging, meta-homage to the art of film acting. Although both have major distribution through Sundance Selects, neither appears on any upcoming Bay Area release schedule I'm privy to. In other words, these FCN showings could be our last chance to catch these important films on a big screen. (Long gone are the days when a film by a major French director, starring Juliette Binoche, would necessarily command a local theatrical release or at least some festival play. Just ask Bruno Dumont, whose recent Binoche-starring Camille Claudel 1914 popped up on Netflix without ever having shown its face round these parts.) 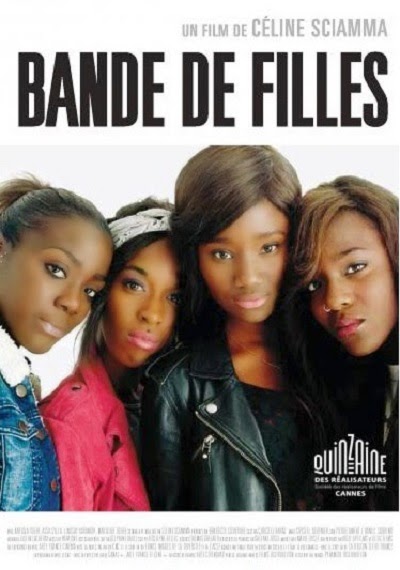 Two additional FCN films were Cannes breakouts, albeit from the Director's Fortnight sidebar. The debut feature from director Thomas Cailley, Love at First Fight, accomplished the unprecedented feat of winning all of the sidebar's top prizes. This off-beat romantic comedy about the budding relationship between a laid-back young carpenter and a female military enthusiast stars Kévin Azaïs and Adèle Haenel. The latter appeared in last year's FCN entry Suzanne, as well as in Céline Sciamma's Water Lilies (SFIFF 2008). Speaking of Sciamma, her follow-up to the unforgettable Tomboy (which landed in my 2011 Top Ten), also made a big noise at Director's Fortnight. Girlhood has been acclaimed a non-judgmental character study of a black Parisian teen's search for identity. According to Variety's Peter Debruge, it "advances the French helmer's obsession with how society attempts to force teenage girls into familiar categories, when the individuals themselves don't conform so easily." Both Girlhood and Love at First Fight were picked up for U.S. distribution by the heroic folks at Strand Releasing. 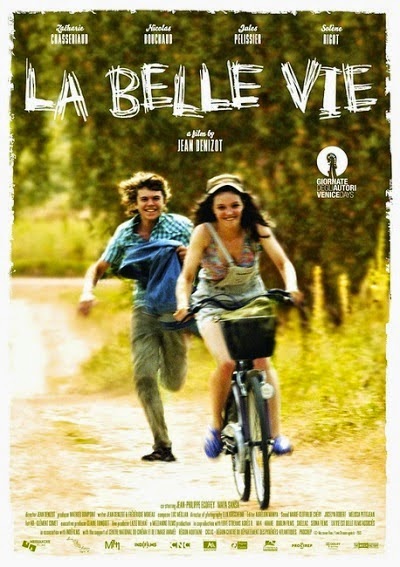 FCN 2014 also boasts a pair of North American premieres. One of them, The Easy Way Out, is so "new" it doesn't open in France until next March and has only played festivals in the Normandy resort of Cabourg and the Indian Ocean island of Réunion. Director Bruce Cauvin adapts American writer Stephen McCauley's novel about three brothers who are "in different stages of falling in and out of love." One of the brothers is played by charismatic singer / songwriter / actor Benjamin Biolay (FCN's 2011 opening nighter Bachelor Days are Over), which is all the reason I need to check this one out. The film also stars veterans Guy Marchand and Marie-Christine Barrault as the boys' parents, and director Cauvin is expected to be in town for the screening. Also having its North American premiere at FCN is Jean Denizot's The Good Life, which is based on the true story of a father who, following a custody battle, kidnapped his two sons and went on the lam. Denizot's film focuses on the romantic awakening of the younger son (Zacharie Chasseriaud, who made quite an impression in Bouli Lanners' The Giants). 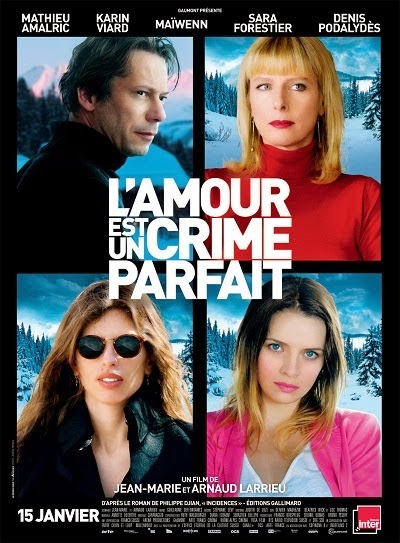 Elsewhere on the FCN roster we find Love is the Perfect Crime, the latest from fraternal writer / directors Arnaud and Jean-Marie Larrieu (best known for the 2005 Cannes competition title To Paint or Make Love). In this Alpine-set psychological thriller, Mathieu Amalric stars as a lothario college prof whose student girlfriend goes missing. The story is adapted from a novel by Philippe Djian (Jean-Jacques Beineix' Betty Blue and André Téchiné's Unforgivable) and the impressive supporting cast includes Karin Viard, Sara Forestier, Maïwen and Denis Podalydès. Then in One of a Kind, director François Dupeyron (Monsieur Ibrahim) adapts his own 2009 novel for the big screen. Grégory Gadebois (Angel and Tony, FCN 2011) earned a best actor César nomination for his performance here as Frédi, a depressed trailer park denizen who "inherits" mysterious healing powers from his recently deceased mother. Jean-Pierre Darroussin returns for a second FCN 2014 performance as Frédi's father. Sharing the Opening Night spotlight with Paris Follies will be Eric Barbier's The Last Diamond. Starring Yvan Attal and Bérénice Bejo (The Artist, The Past), this slick romantic heist thriller has already been tagged for a Hollywood remake. Rounding out the line-up will be a new restoration of Jacques Deray's Three Men to Kill, a 1980 action movie starring the iconic Alain Delon. 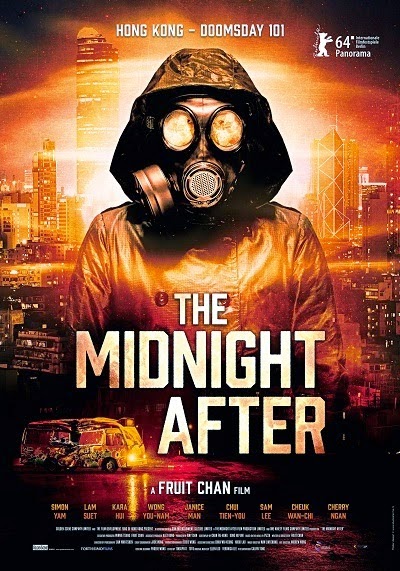 While it's regrettable that Taiwan Film Days has disappeared from the SFFS Fall Season after a five-year run, we still have this three-day, eight-film celebration of new works from Hong Kong. The film I'm dying to see here is Fruit Chan's apocalyptic farce The Midnight After, which premiered to terrific reviews at this year's Berlin Film Festival. Chan is known for his fabulously icky 2004 feature Dumplings, an edited version of which showed up in the Asian horror portmanteau Three…Extremes. Adapted from a viral internet novel, The Midnight After is the director's first Chinese language feature in 10 years and concerns itself with 16 minibus passengers who arrive in the New Territories suburb of Taipo, now strangely devoid of human life. In her rave review for Variety, Maggie Lee praises this "deliriously high-concept and gleefully low-budget horror comedy" for its "trenchant social satire" and "highly political message about the loss of morality and compassion." Other reviews point to how the film captures the current Hong Kong zeitgeist, especially the estrangement its residents feel towards their rapidly changing homeland. Given recent events, Chan's communiqué has no doubt acquired even greater import. 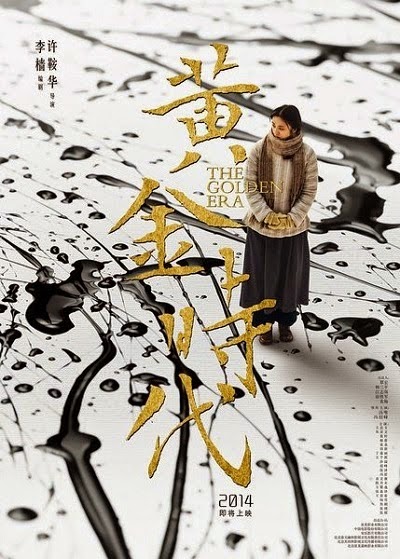 The most high-profile selection on the Hong Kong Cinema roster is The Golden Era, Ann Hui's three-hour biopic about groundbreaking female writer Xiao Hong. The film is HK's 2014 Oscar® submission and it's been nominated for five Golden Horse Awards (essentially the Oscars® for Chinese language art films), in the categories of Best Film, Director, Screenplay, Supporting Actress and Actress (Wei Tang, Lust, Caution). Set during the tumultuous years leading up to the 1949 founding of the People's Republic, The Golden Era is said to be Hui's most expansive / expensive film to date, representing a 180-degree turn from 2011's intimate and heartbreaking A Simple Life. Critics have praised its performances and lavish production design, while questioning the narrative device of having characters address the audience directly with their memories of writer Hong and her mentor, novelist Xiao Jun. The film had a NYC theatrical release in October, but the lack of any impending Bay Area release date may signify this lone Fall Season screening as our only opportunity to appreciate Hui's vision on a big screen. 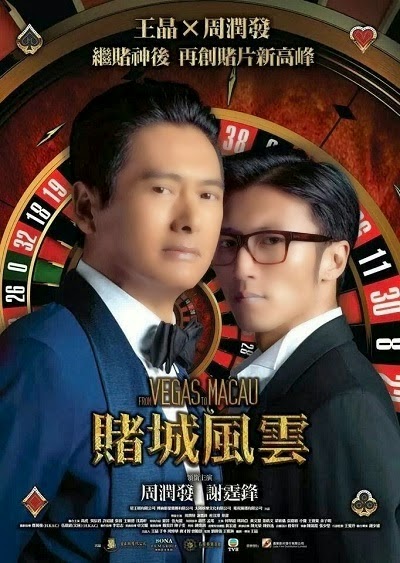 Now in its 18th year, 2014's New Italian Cinema (aka N.I.C.E. or New Italian Cinema Events) kicks off with an intriguing program titled "An Evening with Edoardo Ponti". The son of legendary producer Carlo Ponti and actress Sophia Loren will be on hand to introduce two recent shorts he's directed, The Nightshift Belongs to the Stars (starring Julian Sands and Nastassja Kinski) and The Human Voice (starring mamma Sophia). Balancing out the evening will be the latest work from another Italian with famous parents. Misunderstood is Asia Argento's semi-autobiographical recounting of the sad / exhilarating, authoritarian-free childhood she endured at the hands of monstrously self-absorbed parents (in real life, horror director Dario Argento and actress / screenwriter Daria Nicolodi). Reviews from Cannes, where it competed in Un Certain Regard, as well as from the recent NY Film Fest, were all over the place. One thing seems certain—it won't be dull. 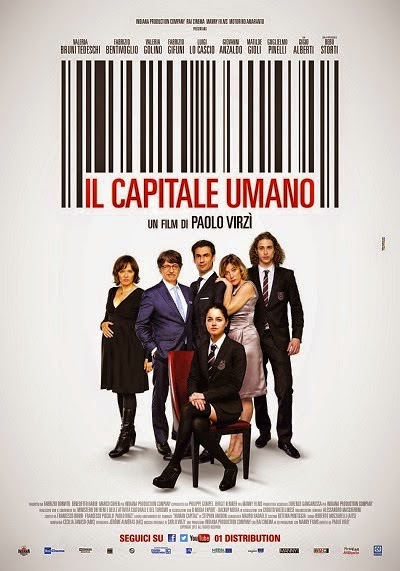 This year's N.I.C.E. closes, as it did in 2013, with the film Italy has chosen to complete in the Oscars®. It remains to be seen whether Paolo Virzi's Human Capital will ultimately win the award bestowed upon Paolo Sorrentino's The Great Beauty. Virzi has a long history with N.I.C.E. He attended the fest in 2008, when Napoleon and Me screened on Opening Night, and was followed by a mini-retrospective of his debut film, Living it Up, and 1997's Hardboiled Egg (my personal Virzi fave). The uncharacteristically shrill The First Beautiful Thing closed the festival in 2010. Human Capital co-stars Valeria Bruni Tedeschi, who won a Best Actress Prize at this year's Tribeca, and the film was nominated for a whopping 19 Donatello Awards (Italy's Oscars®), ultimately winning seven, including Best Film. 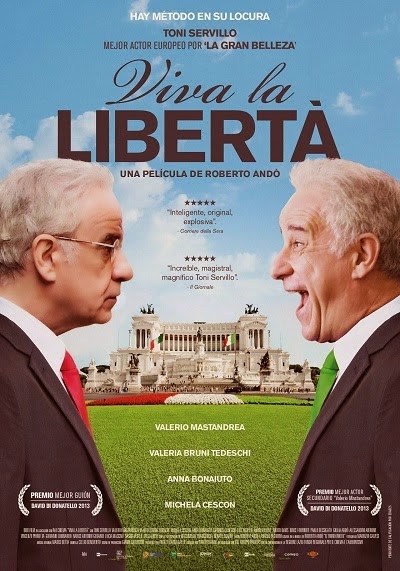 The only movie I caught at last year's N.I.C.E. was Stefano Incerti's Gorbaciof, starring the incomparable Toni Servillo. Incerti's follow-up, In the Snow, finds itself in this year's festival. Servillo returns as well in director Roberto Andò's Long Live Freedom, a political satire in which the actor plays twin brothers (Valeria Bruni Tedeschi co-stars). Elsewhere in the line-up we find an animated feature, The Art of Happiness (the first-ever animation to appear at N.I.C.E.), a documentary about a Florence drop-in center for society's marginalized (Per Ulisse) and a fun-sounding neo-giallo, House of Shadows (with the film's director, Rossella de Venuto expected to attend the screening). There's even an Italian film whose dialogue is completely in Arabic. Alessio Cremonini's Border is the story of two women attempting to flee war-torn Syria. Interestingly, Cremonini was a co-writer on Saverio Costanzo's Private, a 2004 Italian film in Arabic and Hebrew which was submitted, and then disqualified, as that year's Oscar® submission from Italy. Private went on to win the FIPRESCI prize at the 2005 San Francisco International Film Festival.