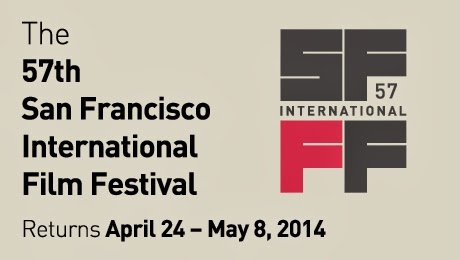 The 57th San Francisco International Film Festival (SFIFF)—running April 24 through May 8—have announced the films in competition for the New Directors Prize. The New Directors Prize of $10,000 will be given to a narrative first feature that exhibits a unique artistic sensibility and deserves to be seen by as wide an audience as possible. 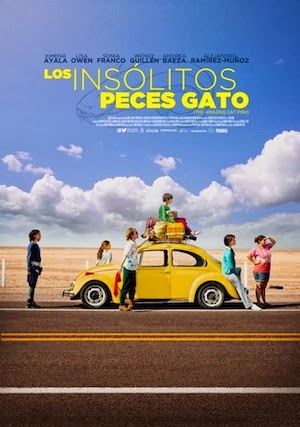 Los insólitos peces gato / The Amazing Catfish, Claudia Sainte-Luce, Mexico (2013)—Set in Guadalajara, The Amazing Catfish follows the quiet transformation of a solitary young woman informally adopted and absorbed into a rambunctious matriarchy in a state of crisis. Filmed by Claire Denis' long-time cinematographer, Agnès Godard, Claudia Sainte-Luce's debut feature—based loosely on events from her own life—blends a wry and moving naturalism with moments of inspired comedy. IMDb. Wikipedia.

The film premiered at the Locarno International Film Festival, where it won two Junior Jury Awards and was a nominee for the Golden Leopard. It had its North American premiere in the Discovery sidebar at the 2013 Toronto International Film Festival, where programmer Diana Sanchez noted: "Some families we're born into; some we build. And some families simply come to us, unannounced, when we least expect it. The story of The Amazing Catfish falls into that last category." It won Toronto's FIPRESCI Discovery Prize. Eric Ortiz Garcia interviewed Claudia Sainte-Luce for Twitch at the 2013 Morelia International. He determined that the film's title came from the fact that catfish live together in families, which Sainte-Luce likened to the family in her film. "I think every member of the family is amazing," she told Garcia, "and their force is staying together." 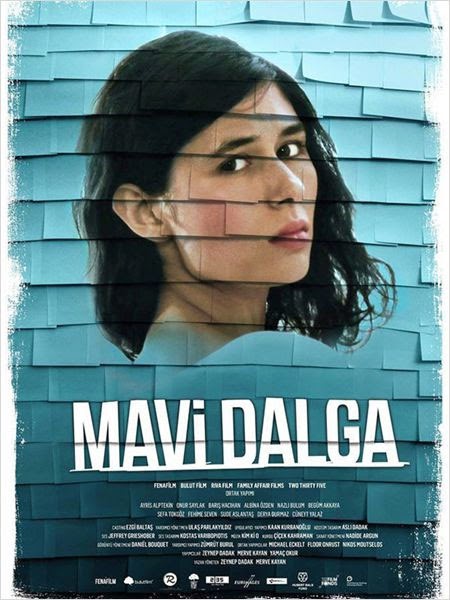 Winner of the Golden Orange for Best First Film, Best Screenplay and Best Editing at the 2013 Antalya Golden Orange Film Festival, The Blue Wave is Zeynep Dadak's personal inflection of growing up as a young woman in provincial Turkey. She explains, "As women who grew up in the provinces, we didn't experience time as slow-moving, or youth as depicted on TV, consisting of dualities, bad girls and so-and-so boys. Rather than dramatic conflicts, we were interested in small things—looks, gestures—exactly where cinema is at its most powerful." 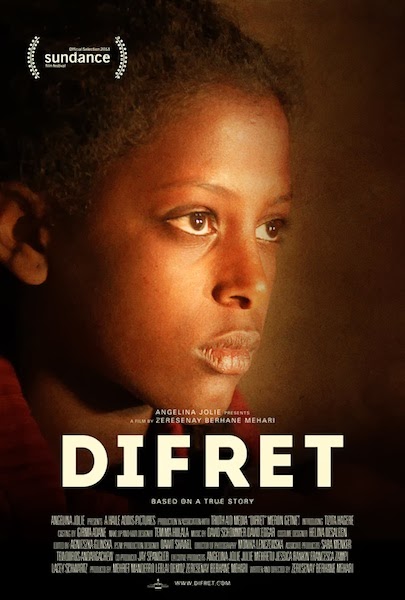 Difret, Zeresenay Berhane Mehari, Ethiopia (2014)—In a contemporary Ethiopian village, a 14-year-old girl is abducted from school in an attempt at forced marriage, a tradition in her community. Her efforts to free herself from a preordained future set off a legal firestorm in this powerful drama inspired by a true story that pits the law against an entrenched cultural mindset. Official site. IMDb. Wikipedia.

Difret's popular appeal is demonstrated by Audience Award wins at both its 2014 Sundance Film Festival premiere and its appearance in the Panorama section of the 64th Berlin International Film Festival. The critical response has been slightly less enthused. At Variety, Dennis Harvey opines that Mehari's film presents an important message, albeit in clunky narrative terms. "More showing and less telling," he writes, "would have made this fact-inspired drama ... as artistically compelling as it is informative." At The Hollywood Reporter, Boyd von Hoeij qualifies that Difret is "quite powerful despite relying on familiar storytelling tropes."


La Dune / The Dune, Yossi Aviram, France / Israel (2013)—Delving into issues of identity and aging, this nuanced relationship drama portrays the personal crises faced by an aging gay cop in France and a younger Israeli man who is found on the beach, mute and without any identification. IMDb. 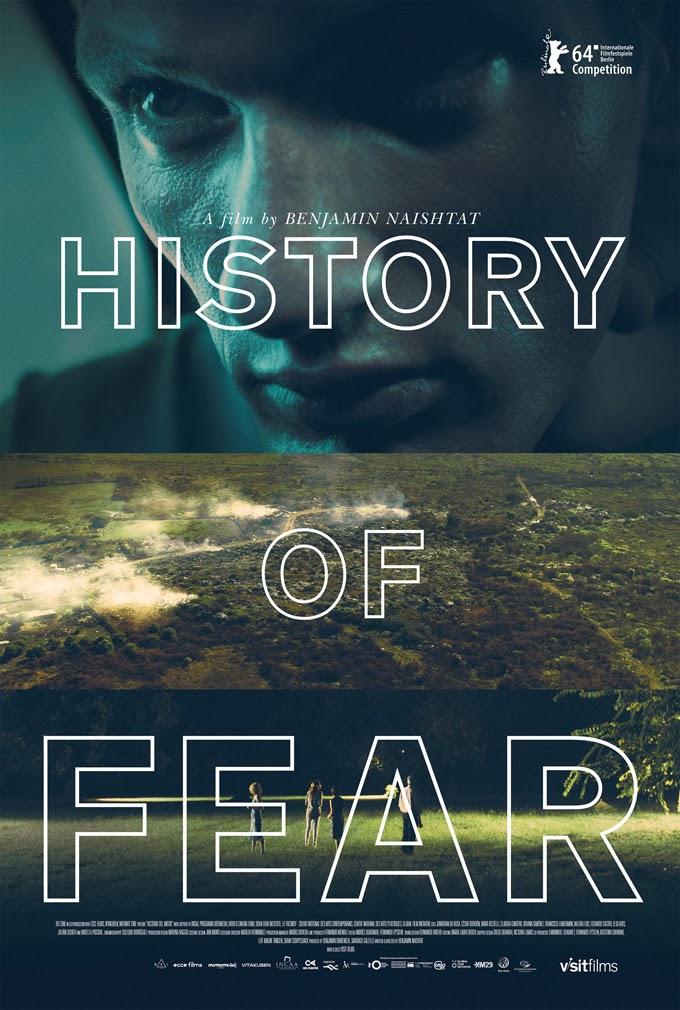 Historia del miedo / History of Fear, Benjamín Naishtat, Argentina / France / Germany / Uruguay / Qatar (2014)—Paranoia runs rampant in this accomplished first feature, instilling a disorienting sense of dread in the viewer. Are the strange occurrences in an affluent Buenos Aires suburb evidence that the skittish residents are actually being targeted? Naishtat foregoes ready explanations or assurances in favor of foreboding suggestions in a film that is sprawling both in scope and implications but astonishingly exacting in its execution. Official site [Spanish]. IMDb. Wikipedia.

History of Fear had its premiere in the competition section of the 64th Berlin International Film Festival. At Variety, Peter Debruge notes that in Naishtat's hands, "the subtext intimidates even as what's happening on the surface sometimes seems inscrutable, the helmer aiming not to confuse so much as to allow audiences to project their own interpretations." For Boyd von Hoeij at The Hollywood Reporter the bottom line is that History of Fear is "an impressive debut feature that relies on visuals and the power of suggestion to talk about abstract notions such as angst." At IndieWire, Eric Kohn writes: "Buenos Aires is a haven for paranoia and confusion in Argentinian writer-director Benjamín Naishtat's mesmerizing debut History of Fear, though its title is something of a misnomer. Rather than chronicling the timeline of the listless quality that characterizes Argentina's suburban class—and, by extension, those around the world—History of Fear hypnotically sets its gaze on the present. Borrowing the beats of a disaster movie without ever giving the invisible threat a name, Naishtat explores the tenuous constructs that allow a subset of the population to deny the harsher ingredients of the world beyond their safety zone—until it's thrust right in front of them."

Manos Sucias, Josef Wladyka, USA / Colombia (2014)—A reluctant smuggler and his eager neophyte brother shepherd a dangerous narco-torpedo up the coast of Colombia, posing as fishermen. Paramilitary, guerrillas and hardscrabble desperation suffuse every inch of the jungle and waters that surround them, eager to separate the siblings from their only opportunity to escape the circumstances of their lives. Manos Sucias is the recipient of two 2013 San Francisco Film Society KRF Filmmaking grants. IMDb. 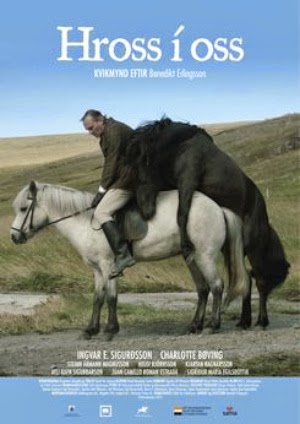 Of Horses and Men, Benedikt Erlingsson, Iceland / Germany (2013)—The relationship between man and beast is explored in a series of dryly humorous, linked episodes set in a small Icelandic hamlet. With its idiosyncratic portrait of village life, this remarkable debut features several unforgettable visual tableaux. Official site. IMDb. Wikipedia. Facebook.

Winner of multiple awards on festival track including Best New Director at the San Sebastián International Film Festival, Best Director at the Tokyo International, and the FIPRESCI Prize and Tridens Award at the Tallinn Black Nights Film Festival, among others, Of Horses and Men has captivated critics. At Variety, Jay Weissberg extols: "Flabbergasting images and a delightfully dry sense of humor make Of Horses and Men a debut worthy of celebration. Stage and shorts helmer Benedikt Erlingsson reveals an astonishingly inventive eye and a sensitivity to the confluence of spirit between man and animal that's impossible to capture in words, balancing desire and jealousy with the cycles of life and repping a boldly distinctive vision set in a quirky horse-riding community in the stunning Icelandic countryside." At IndieWire, Carlos Aguilar adds: "Dryly comedic throughout, the film is also charged with evocative imagery that humanizes the horses presenting them as spectators to the barbaric behavior of men. Seen through the equines' eyes, the animalistic qualities in people are vividly present in all aspects of life. Fighting for turf, giving in to sexual urges, and stopping at nothing to stand out as the best of the pack, all are innate features of most living things. Without uttering a single word, their penetrating gaze can be interpreted as contempt, sympathy, disbelief, or perhaps a hint of condescension as they witness the chaos people bring upon themselves. Greatly compatible with each other, the ensemble cast—both human and equestrian—convincingly brings to life a very unusual universe."

L'armée du salut / Salvation Army, Abdellah Taïa, Morocco (2013)—Adapting his autobiographical novel, director Abdellah Taïa tells the story of a gay Moroccan boy finding self-realization and personal strength within a society that shuns him. Shot by the brilliant Agnès Godard, the film takes the form of a diptych, telling the protagonist's story in two different time periods and locales. Winner of the European Jury Award in the French Films competition. IMDb.

Il sud è niente / South Is Nothing, Fabio Mollo, Italy / France (2013)—Miriam Karlkvist took a well-deserved Shooting Star award at the Berlinale for her portrayal of an androgynous teenage girl negotiating life in a mafia-controlled town whose code of silence is destroying her family. Filmed in Reggio Calabria, this debut feature combines poetic realism with hard-edged cynicism. IMDb. Facebook.

Deborah Young's bottom line at The Hollywood Reporter is: "Magical realism, androgynous characters and a cruel wall of Southern silence forcibly mix in a curious coming of age tale." 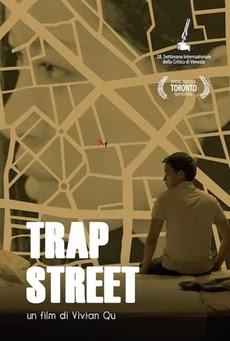 At Ioncinema, Nicholas Bell characterizes Trap Street as "a sinister slow boil." Patryk Czekaj contextulizes further at Twitch: "All those who've been closely watching the gradual evolution of Chinese cinema over the course of the last ten years must've realized by now that the country's directors are tackling all the more controversial topics with less fear and more confidence, mostly to stunningly spot-on results. The Chinese new wave is at the peak of popularity all over the world right now and Trap Street is a film that only confirms this trend in an utterly convincing way, even more when one realizes that it's a directorial debut of a woman who's previously worked only in production. Because it's a film that uncovers a ridiculously serious yet deeply concealed problem, it's been shown only in places outside China and even the producer during the Q&A said that he isn't sure whether the movie will have its Chinese premiere or not." 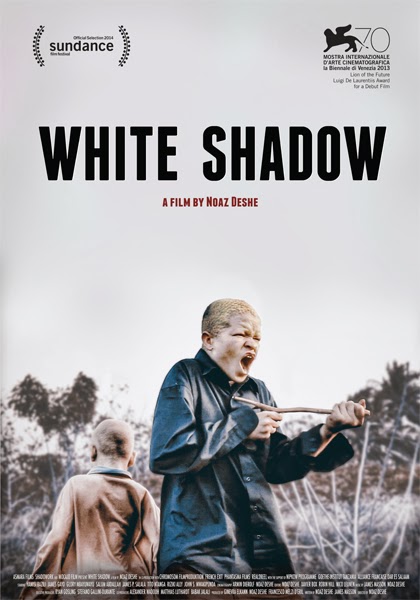 White Shadow, Noaz Deshe, Italy / Germany / Tanzania (2013)—Inspired by news reports of the ongoing perils faced by albinos in Tanzania, Noaz Deshe's film depicts a fractured and uneasy world, where superstition and the rule of law collide. An albino youth named Alias must learn to navigate through a culture not just unsympathetic to his condition, but actively violent towards it. Winner of the Luigi De Laurentiis Award at the 2013 Venice Film Festival. Official site. IMDb.

In addition to these 11 first features in competition, the New Directors section of SFIFF57 includes 14 out-of-competition films, which will be announced at the Festival's press conference Tuesday, April 1.
Posted by Michael Guillen at 3/08/2014 08:43:00 PM

I have seen a lot of these and I love MANOS SUCIAS, HARMONY LESSONS, and WHITE SHADOW. I would give them a big joint New Directors prize. I also love the more conventional TRAP STREET. I'm a bit disappointed that the prize went to HISTORY OF FEAR, which is uninvolving is stylistically adventurous -- the earlier NEIGHBORING SOUNDS is a more powerful and complex version of the same theme. Of the SFIFF 2014 prizes, I'm really happy RETURN TO HOMS won the doc prize: tremendous film. THE AMAZING CATFISH is very nice, not so unusual maybe, but it's good it's getting theatrical release soon. These are all good!

All in all I thought it was a great competitive year at the San Francisco International. I took refuge in the strong programming.