I was born in Nampa, Idaho and raised in Twin Falls, but left the state in 1973 to find a city I could grow up in. I bounced around cities East and West until settling in laid back San Francisco in the summer of 1975 and that's where I remained for 36 years until resituating assets to Boise in the spring of 2011, where I intend to eventually retire. For now, I spend time in both cities, increasingly aware of the cultural corridor that exists between them.

That cultural connection tunes in clearly with the presence of no less than 18 bands from the San Francisco Bay Area who are performing at the 2014 edition of the Treefort Music Festival. Always keen to strengthen the connection between my two bases, here are four Bay Area bands I recommend for those negotiating their Treefort schedules. 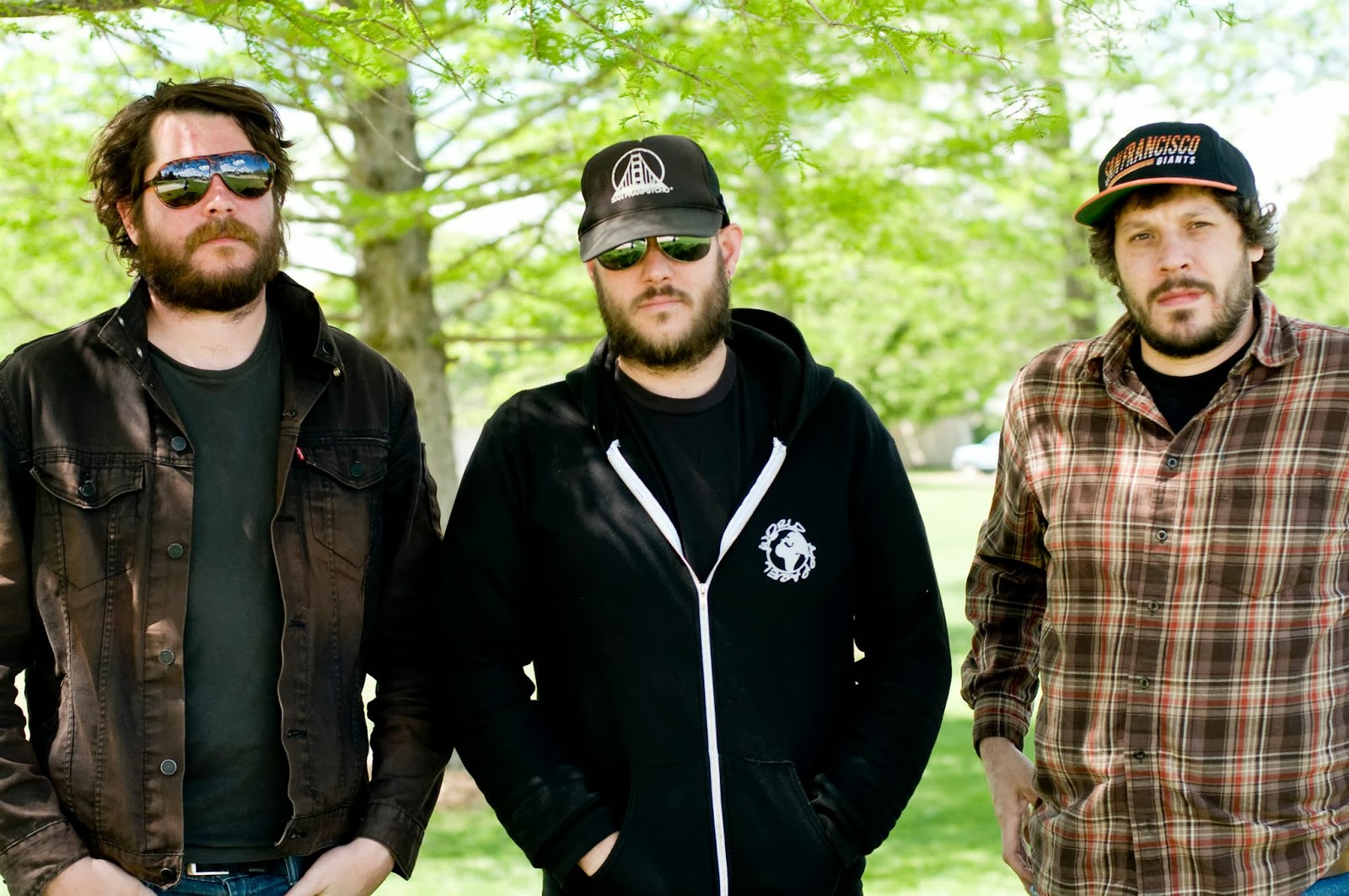 COUCHES—Self-identified "slackers" reducing stress by being just a little lazy, the San Francisco-based three piece indie rock band Couches advocates a light load and a simpler way of life, which doesn't mean they're not up to a good party. After having been together less than a year, they played Treefort in 2013 on their first "Real Lazy Tour" with their first album "California" (on 20 Sided Records). Catchy hooks with nice comfortable melodies, their debut single "California" talks about the life and times of living in a corrupt country where you're practically told how to think and how to live your life, even in the amazing state of California. Here's their video for that song taped and edited by Adam McLaughlin.

As profiled by Jason Shane at The Bay Bridged, Couches is comprised of frontman David Mitchell (the founder of 20 Sided Records on guitar and vocals), Chris Griley (bass), and Kevin Coleman (drums). As quoted by Shane, Mitchell states: "I'm a stoner, I am a slacker, and I'm a big time daydreamer, but I work hard for my band, my record label, and my friends. I like to think Slacker Rock is a bunch of starving musicians who love playing music, but try to keep the tunes a simple as possible. That's what I go for with anything that I write. I like to think my motto for writing / playing music is less is more."

Raw Power Writings praises "Killer Mutant Butterfly", the B-side of Couches' debut 7", and writes: "Couches play self described 'slacker rock,' a term I'm hearing thrown around more and more these days but have little concept to what it actually means. To me the band's style is a combination of equal parts indie and post rock thrown in a blender with just a splash of dreamy shoegaze dropped in for good measure. Their sound is, at times, enveloping and textured while moving into cleaner, simpler tones as well. The 'slacker' part of their self description might reference the casual, laid back pacing of their tunes, but when I think of the word slacker, I also think of the word lazy, and these songs are anything but that. On the contrary, while these tunes may have originated from stoned, slightly drunken jams, you can tell that much time was spent polishing and crafting these songs into something far beyond half thought out, intoxicated meanderings." Here's their video for "Killer Mutant Butterfly", taped and edited by Joseph Trum. Couches returns to Treefort 2014 as part of their "Slackin' Since the '80s" tour. Keep up with them on their Facebook page. 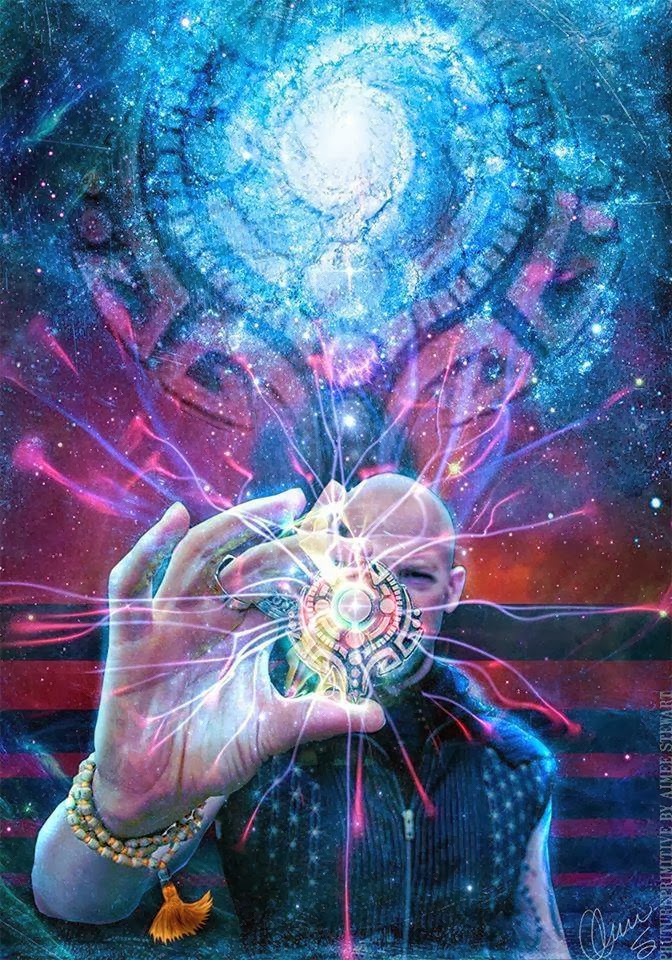 PHUTUREPRIMITIVE—As cribbed from the bio on his website, Phutureprimitive is the moniker of Bay Area producer and songwriter Rain. After beginning a DJ career in the '90s, Rain began incorporating the music he was making in his home studio into his DJ sets. That was all it took to trigger a full blown love affair with electronic music and the process of its creation … and Phutureprimitive was born. Phutureprimitive's music is best described as dripping wet love drops of nasty mind melting sonic bliss. Lush melodies drift across intricate rhythms, groove heavy beats and warm, fuzzy bass lines. Often exploring a dark and dense palette, there is also a profound sense of tranquility and beauty, engaging the listener into hypnotic movement and often escalating into a full-on kinetic experience. Shimmering with cinematic qualities, his music ultimately speaks to the body, mind and soul.

With a new collection of songs released in two parts titled "Searching for Beauty in the Darkest Places," Phutureprimitive takes ideas from his previous releases and supercharges them with hard-hitting dancefloor appeal, while maintaining the depth and prowess this trusted producer is so well known for. His first national headlining tour in Fall 2013 debuted his collaboration with ritual dancer Caeli La. The tour launched with the release of their first official music video, "Lucid Dream," a collaboration with multi-media production team Vinton Depiction & Michael Miller, the animation / visual effects creator behind NBC's Grimm [Facebook]. Shimmering with cinematic qualities, indeed, here's his sensual and evocative video for "Lucid Dream." Keep up with Phutureprimitive on his website and Facebook. 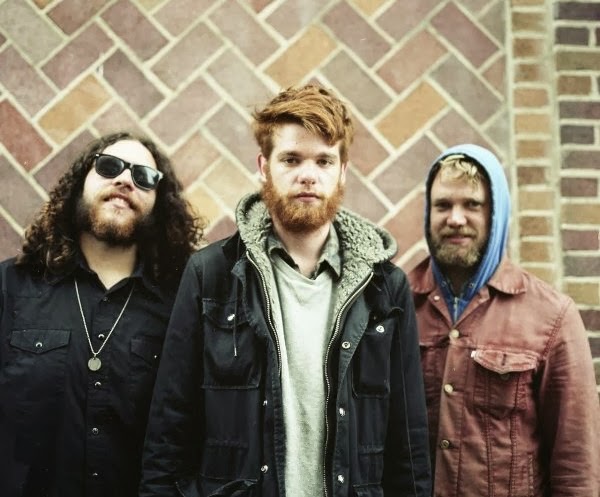 RIN TIN TIGER—A high energy alternative folk rock trio from San Francisco, Rin Tin Tiger boasts lyrical virtuosity with plenty of groove. Their sound is often described as a blend between early Bob Dylan, Violent Femmes, and Tupac. Their third and most recent release "Splinter Remedies" was released independently on August 20, 2013 and they're just about to launch their Splintered Northwest tour, which will include an appearance at Treefort.

Rin Tin Tiger is comprised of Kevin Sullivan (guitar, vocals, harmonica), his brother Sean Sullivan (bass, vocals), and Andrew Skewes-Cox (drums, vocals), having evolved from the earlier Brothers Sullivan incarnation Westwood & Willow. Regrouping as Rin Tin Tiger in March 2011, SF Weekly's Ron Garmon noted the band's Dylanesque sound early on and affirmed, "These guys bear watching." In the years since, Rin Tin Tiger has been written about in The San Francisco Chronicle where Tony DeShane described them as "folkie and fierce" and interviewed Kevin Sullivan regarding songwriting, busking on San Francisco's streets, and how the band came upon their name. At The Guardsman, Lance Kramer queried Kevin on his musical influences ("Well …I love Tupac a lot 'cause he's fearless, angry, and he's multi-dimensional. On one track he's talking about killing you and in another he's talking about peace on the block, so I'm into that. And I felt that he always said just what he wanted to say and with conviction. Nick Drake, Bob Dylan, Elliott Smith in there, and then I like Morrissey just because he's so ridiculous, he's very upfront, incredibly blunt, but I believe him. He's not putting up a front, and of course Johnny Marr's guitar is wonderful"). At the San Francisco Bay Guardian, Emily Savage writes that Rin Tin Tiger's music "roars like the soul of a wild cat trapped in a faithful pup's skin. It scoots along with twangy riffs infused with a rough rock'n'roll edge, and 'a good thump', with untouched—and gleefully twangy—vocals pumping up the natural energy." Here's their November 2013 video for "Pretty Looks", followed by an earlier video "Far Away" from their debut EP. Keep up with Rin Tin Tiger at their website and on Facebook. The final video "Wooden Chest" represents Kevin Sullivan's latest project Field Medic. 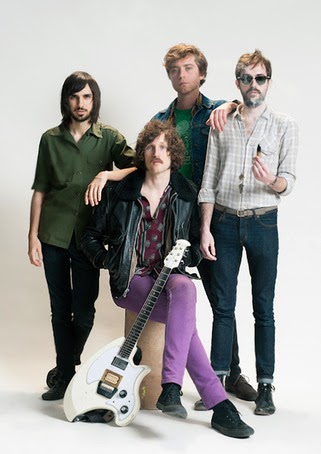 WARM SODA—Out of Oakland and on tour with Big Tits, Warm Soda has become a favorite band of mine. As described at the Treefort website: "Perfecting the blend of glitter and grime that earned Bare Wires a soft spot in the hearts of the bubblegum-popping, foot-stomping masses, Matthew Melton joins with bassist Chase Asmussen, guitarist Rob Good, and drummer Ian McBrayer as Warm Soda. With their debut LP, "Someone For You", the outfit charts the familiar territory of power pop, glam, and punk, but with a decidedly more confident stride. The twelve resulting songs smack of sugar but sate an appetite that craves more than something sweet, their initial taste of preeminently listenable simplicity giving way to a lingering flavor of their compositional complexity." Here's their video for "Renegade Mode", produced at Fuzz City Records and filmed by Doris Melton. That's followed by the tune that caught my ear "Jeanie Loves Pop" from Warm Soda's debut album on Castle Face Records; video by Chris Stevens. Keep up with Warm Soda at their website and on Facebook.