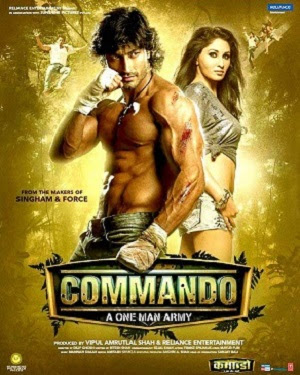 His love interest, relative newcomer Pooja Chopra, the chattering pea-hen to his strong and silent peacock, is visually incidental. What a thankless task trying to be more beautiful than Jamwal. Dastardly villain Jaideep Ahlawat as the ruthless and cruel AK 74 milks his comic bit of yanking off his sunglasses to reveal blind white eyes again and again and again, and scores a laugh every time. 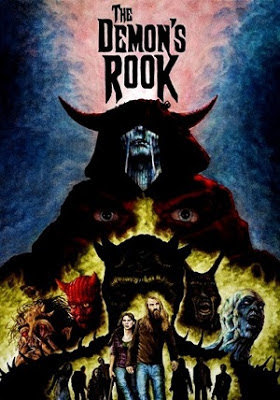 The Demon's Rook (Dir: James Sizemore, USA, 2013)—Two and a half years in the making, this micro-budget love letter to the creature features of the mid-'80s is a stellar example of impassioned determination and DIY ingenuity, and deserves appreciation within those parameters alone. Director / writer / actor / make-up technician James Sizemore learned how to wear every hat imaginable during the process of filming his first film, which introduces a demonic mythology he hopes to develop in future projects.

Ted Geoghegan describes The Demon’s Rook as a “monsterific orgy of grue that can only be described as Return Of the Living Dead by way of Jodorowsky with a touch of The Neverending Story”, and as apt as all those cinematic references might be, it reminded me more of the TV series Tales of the Darkside with its simple plot, practical prosthetic and backlit fog effects, and cheesey amateur acting. Post-production sound and throbbing bass-saturated music pays tribute to Italian giallo films. The demon language convincingly slips us into another dimension (the Dark Mother’s womb), and the dangers of a rural childhood summer bear a touch of Ray Bradbury where evening crickets are harbingers of evil to come. If that sounds like more influences than you can keep track of, you might be right, but it’s such a loving homage fest that it hardly matters.

Advance praise from Bloody Disgusting (“delicious special effects work … a breath of fresh air”) caught the attention of celebrated Toronto International Film Festival programmer Colin Geddes and Toronto Film Scene / Exclaim! film critic Katarina Gligorijevic who stepped in as co-executive producers to provide necessary financing and professional expertise for color correction. After its world premiere at Fantasia, The Demon’s Rook is already booked at some of the main international genre festivals and will, no doubt, have a robust run in VOD/rental markets. Official site. IMDb. Facebook.
Posted by Michael Guillen at 7/28/2013 10:28:00 PM