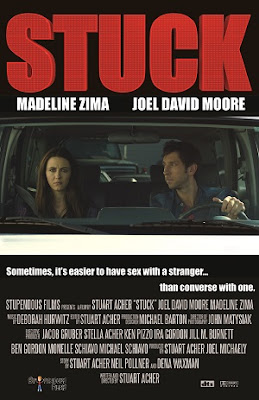 It's easy to see why Stuart Acher's Stuck (2013) [Official site / Facebook] won Audience Award at the recent Sun Valley Film Festival (SVFF). This vehicular narrative—which, in mood, is 180° away from SVFF's "other" stuck-in-a-car film Craters of the Moon—froths up its meet cute into a satisfying love story with a warm upbeat ending. It's an entertaining and honest romance from start to finish. Credit lies in the pacing, of course. Brisk tight editing with revelatory flashbacks inch us episodically forward through a drunken one-night stand and its comic aftermath. Two early morning strangers rush to escape each other and end up being stuck in traffic together long enough to let down their guard and discover each other; an exchange skillfully conveyed via charismatic turns from Acher's two lead actors: Joel David Moore (Avatar) and Madeline Zima (who doubles as Executive Producer). Zima and Moore, in fact, were recognized with a Special Jury Award for Acting at February's Napa Valley Film Festival. Their chemistry shines with sensual dalliance and considerable wit. Moore's lanky charm sides up well to Zima's haughty beauty. Zima has described Stuck as "kind of like When Harry Met Sally, but stuck in a car and compacted, and then reversed." 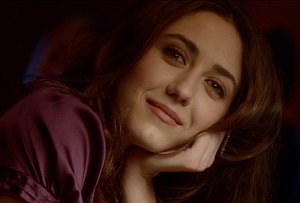 Confining a narrative to the interior of a car would be hazardous with someone of less ingenuity than Acher. Not only does he break from "he said she said" witticisms with sweeping aerial shots of gridlocked traffic, but his camera every now and then casually explores various personalities in nearby cars who are similarly stuck. This wry social study recalled me to Julio Cortázar's 1966 story "The Southern Thruway", a compelling account of a traffic jam in the south of France that lasts for a couple of days (and on which Jean Luc Godard based his 1967 film Weekend). In his own deft style, Acher creates a microcosm of society by profiling a cluster of cars and their drivers stuck in L.A. freeway traffic. 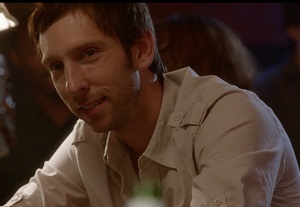 Creating this microcosm proved to be a major challenge for an indie film shot in 10 days. Anticipating a "Carmageddon " when Interstate 405—the largest highway in America—was shut down for construction, Acher excitedly hired a helicopter to film footage of the gridlock only to encounter slight traffic, drivers having been sufficiently warned away by dire predictions of the worst traffic jams in L.A. history. Through CG plates and parking lot recreations, Acher was able to visualize the traffic jam he expected from the closure of 405, thereby creating the context for a young man and a young woman to put on the brakes, then start up all over again.
Posted by Michael Guillen at 3/28/2013 10:39:00 PM