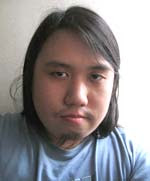 With "New Filipino Cinema" poised to launch tomorrow evening at San Francisco's Yerba Buena Center for the Arts (YBCA), I'm grateful to Joel Shepard for granting permission to replicate Philbert Ortiz Dy's essay accompanying the film series. Philbert Ortiz Dy [Facebook] graduated from the Ateneo de Manila University in 2005 with a degree in Management Information Systems, but has since then channeled his energy into writing. His short story "The Great Philippine Space Mission", won second place in the 1st Philippine Graphic/Fiction Awards sponsored by Neil Gaiman. He has written for some of the country's top broadsheets and magazines on subjects as diverse as fashion, music, art and politics. He is currently the resident film critic for the Philippine website Clickthecity.com and a writer-at-large for Esquire Philippines.

Depending on who you're listening to, you might have been told that Filipino cinema is in the middle of a revolution, or on the cusp of one, or has already gotten stale. Or maybe nobody's ever told you anything about Filipino cinema. This is understandable. We are a small archipelago on the other side of the world, and aside from our seemingly endless supply of talented singers, we rarely make the news.

But if you've been told anything about Filipino cinema, it's probably true. We are in the middle of a revolution, and on the cusp of one, and we've already gotten stale. The truth in this country is always complex, and our cinema seems to reflect it.

The last decade or so has seen Filipino cinema die and be reborn. At one point, the country was home to one of the most prolific film industries in the world. The country has a surprisingly long history in filmmaking, and by the 1950s, we had entered a golden age of cinema. In the 1970s, we had our own New Wave, defined by socially relevant films driven by accomplished dramatists. By the 2000s whatever filmmaking tradition the country had was largely considered comatose if not dead. A lack of quality, combined with greater competition from Hollywood and the Asian economic crisis, pretty much sank much of what people thought of as the local filmmaking industry. 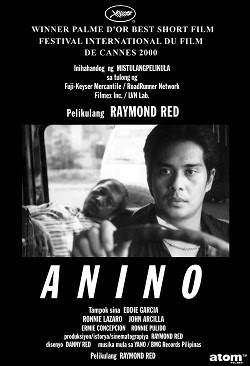 And then a lot of things suddenly started happening. In 2000, Raymond Red won the Palme d'Or for his short film Anino. In 2001, Lav Diaz released the five-hour Batang West Side, which seemed to indicate that Filipino film still had the capacity to be bold and challenging. Digital filmmaking entered the picture, which made production a lot more affordable. New festivals opened up, each with their own corresponding grant system, giving would-be filmmakers venues to fund their ideas. Filipino films traveled the world and won all sorts of awards. Brillante Mendoza won the best director prize at Cannes for Kinatay. Pepe Diokno and Lav Diaz received honors in Venice. And so on.

This might sound like an amazing decade for Filipino film, but the truth is a little more complicated. The grant systems are arcane and often involve some sort of creative interference, which makes the idea of independent film a little suspect. The mainstream studios still mostly churn out formulaic dreck, and audiences continue to reward them for it. Meanwhile, it's difficult to find a venue willing to screen the films that win acclaim abroad. The only independent films to consistently make a profit are a new wave of badly made gay exploitation films, which seem to have no artistic ambitions beyond sending a parade of naked bodies on screen to serve as background to a culture of cinematic cruising. When one says "indie" in the Philippines, most people will think you're referring to these exploitation films, of which there is a new one almost every week.

So it goes. There is a revolution, but it hasn't really changed things yet. It is an ongoing struggle that doesn't seem to be going away any time soon. But there are reasons to be optimistic. The last couple of years of Filipino cinema have been truly exciting, and there's a vague sense that we're on the verge of something profound.

The last couple of years have seen the return of the documentary film to our shores. Driven by affordable cameras that can roll nearly endlessly, a small group of documentarians has arisen to capture the strangeness of the nation. Corinne (aka Monster) Jimenez's Kano: An American and his Harem was a work five years in the making, and the result is an astounding exploration of the darkness of a man's soul, and the society that gave him a home. 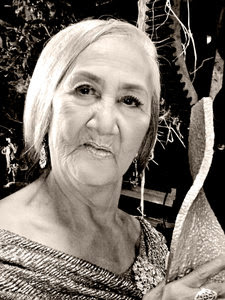 The truth is becoming a theme in the country, with new movies purposefully blurring the lines between reality and fiction in fascinating ways. The return of the documentary seemed to coincide with a series of movies that blend the form in varying degrees with narrative fiction. Antoinette Jadaone's Six Degrees of Separation from Lilia Cuntapay crosses the line between truth and fiction so readily and easily that it makes the distinction irrelevant. Christopher Gozum's Lawas Kan Pinabli makes the separation clearer with distinct segments, but uses that distinction to make audiences question the very idea of truth. It is a form that we seem to be remarkably comfortable with, the postmodernity casting vibrant shadows that resemble the country's complicated relationship with reality.

The other regions of the country are beginning to tell their stories as well. The Philippines is much more than imperial Manila, and filmmakers from Cebu, Bacolod, Pangasinan and dozens of other places are starting to have their voices heard, creating a more vivid picture of the diversity of the archipelago. 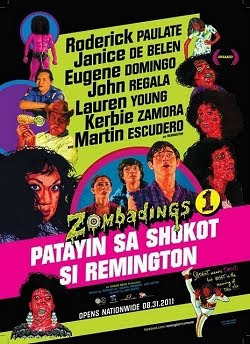 And most heartening of all is the development of a true independent industry. Filmmakers are separating themselves from the grant systems and just going at it on their own. This has led to a wide berth of films that can't be defined by a single characteristic. Jade Castro's Remington and the Curse of the Zombadings co-opts popular forms of mainstream cinema to tell a deeply subversive tale that serves as commentary on the country's macho culture. And thankfully, it found success with local audiences, beating out both local mainstream releases and Hollywood blockbusters.

What is it that is going on in Filipino cinema? It's a difficult to question to answer. It has died and it has been reborn. Then it might have died again. It won favor abroad then went out of fashion. It is being ignored at home, even as some films find an audience. The mainstream is becoming irrelevant, while still remaining the most powerful force in the industry. Filmmakers are coming out of nowhere and disappearing just as quickly. There are angry filmmakers, and talented filmmakers willing to work within the system. People are making bigger films and smaller films and projects that are a little harder to define. Everything is happening all at once, the story as convoluted and strange as everything else in this country. But through this struggle, a lot of great movies are emerging, and all of it is worth watching.
Posted by Michael Guillen at 6/06/2012 08:44:00 AM