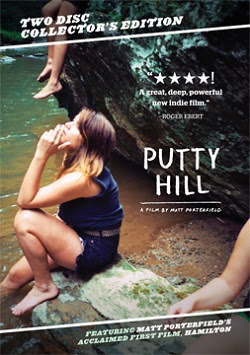 Matthew Porterfield's first feature Hamilton (2006) is a low-key affair, following a few summer days in the lives of young parents, Lena and Joe. When the film surfaced in 2006, it must have felt like a breath of fresh air, standing out from the crowded pastures of the American Independent Film, a field that's known for "originality", "daring", "provocation", being on "the cutting edge", and whatever other buzzwords the tastemakers of Sundance and its ilk use to lure in audiences. The last six years has seen a rise in similarly-minded, laid-back, undramatic features, so first-time viewers might wonder what was special enough about Hamilton to get someone like Richard Brody to froth so enthusiastically in his New Yorker review?

Despite it's fitting into the now-fashionable DIY-genre suit, Hamilton is a film that doesn't feel "contemporary". Nor is it a throwback. It exists amid its own timestream. Humble and with modest aims, much like the characters with whom it invites us to spend time (characters who don't appear to have any goals or aspirations, and are content to drift along with life's ebb), in Hamilton things are left unsaid for not knowing where to start or how to say it. Even the filmmaking follows suit. Porterfield makes use of a few motifs / tics (circular motions and loops, objects and bodies moving in and out of frame) and allows these to occur naturally. He doesn't force any "style" on the proceedings. Hamilton isn't a film on which a viewer can make demands or expect "development." You either take it as it is, or you don't. Much like Joe might visit Lena and his baby before they leave town, or maybe not. 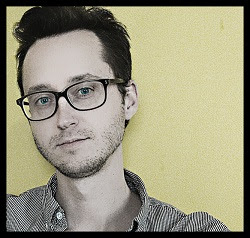 The scope expands with Putty Hill, both in cast and environment. A gaggle of people are brought together through the death by overdose of young Cory. We're introduced to family members, close and distant friends (emotionally and / or geographically), some who are no more than acquaintances, and a few tangentially connected folk. Putty Hill resembles its predecessor in pacing and style, with additional touches: the most prominent being the interviews with the characters.

Stylistically, these interviews aren't self-conscious—as in Ingmar Bergman's The Passion Of Anna (1969) or the opening of Hour Of the Wolf (1968)—they're woven into the doldrums. A character will be sitting, possibly thinking, possibly not, and an offscreen voice asks them simple questions. "What's your name?" "How did you know Cory?" "Is this your first time paintballing?" Unless it's a question related to the deceased, the actors answer as themselves, rather than as their character. At first the interviews rankled because I was coming at them narratively: "Why is he asking questions to which we already know the answers?" Eventually it dawned on me that the answers weren't important for the information they conveyed but for the way the answers were given, implying that the way we phrase and word things says more than we think they do. This evolution in Porterfield's work, from simple spectating to scratching at surfaces, could rock a viewer's world (as its handful of appearances on "Best of" lists attest). Personally, I'm more interested in situations and places and how people fit into them, than I am in the actual people. When confronted with these glimpses into real, live human beings—which come from a truthful place and are admittedly of some interest—I can't help but muster more than a shrug. I just don't care. But that's my failing, not the film's. 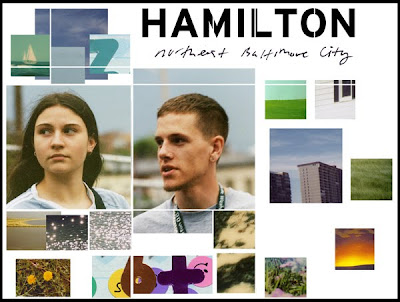 Even with that baggage, I look forward to what Porterfield does next. His third film I Used To Be Darker (2012) should be coming out fairly soon. The opening and closing sections of Putty Hill—respectively, a tour of and a visit to Cory's house—tickle the right spots. As does the detour to a swimming hole, where Porterfield and cinematographer Jeremy Saulnier shoot bare skin like they're auditioning to be the next Claire Denis and Agnes Godard. And I love how he handles the awkwardness of being reunited with someone who is now more of a stranger than a friend. 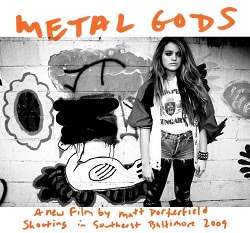 Cinema Guild's two-disc collectors edition offers several special features and—though I typically don't give special features the time of day—I'm glad to have them and Cinema Guild always accommodates. Hamilton, which could be considered an extra in and of itself, has some deleted scenes and a very brief interview between Porterfield and Richard Brody. It's more of a chat than an interview that provides an opportunity for Brody to wax rhapsodic. The majority of the extras are on the Putty Hill disc. A 30-minute "making-of" and a commentary featuring Porterfield and three crew members are the main attractions. There are a few deleted scenes (mostly of more interviews with the characters), and also the screen test for Metal Gods, the project Porterfield was about to shoot until the funding dissolved (and whose cast he then rolled over into Putty Hill). There's just enough in the test to see the similarities between the projects and how Putty Hill went off on its own path. This screen test is definitely the highlight amongst the special features. Also of note is the accompanying booklet to the Cinema Guild two-disc release. It's slight in size but the essays by Andrew O'Hehir on Putty Hill and Richard Brody on Hamilton do a nice job of setting viewers up for what they're about to experience. Especially Brody's, as he has more of an opportunity to explain what makes the film so special for him than he does in the Q&A clip.