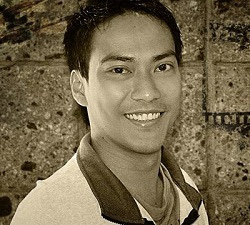 Searingly succinct, Carlo Obispo's seven-minute short 123 (2011) is—along with Raya Martin's Boxing In the Philippine Islands (2011)—showcased in the "Sex, Drugs and the Avant-Garde: Filipino Shorts" program curated by Joel Shepard for his "New Filipino Cinema" series, screening at San Francisco's Yerba Buena Center for the Arts (YBCA) June 7 through 10, and again on June 17, 2012. It is 123's U.S. premiere. Ticket info can be found here.

123 counts out its steps from the seemingly innocent Fresh Steps dance rehearsal in the film's opening sequence to the door that opens onto one of the Philippines' most distressing social issues. Its staged brevity belies a keen focus on making its point without needless exposition. It hooks the heart and then swiftly breaks it.

Winner of the Best Short Film and the Ishmael Bernal Award for Young Cinema at the 2011 edition of the Cinemanila International Film Festival where it was commended for its "poetry, social conscience and courage to pull the rug from under our feet", 123's beauty and force lies within calm and assured camerawork by Marvin Reyes, an appropriately pensive sound design by Pepe Manikan, and evocative editing by Thop Nazareno (especially noteworthy in the film's portrait of Fatima).

My thanks to Carlo Obispo for taking time to respond to a few questions by way of email.

Michael Guillén: Introduce yourself. What kind of training or education have you had in film?

Carlo Obispo: Unlike many other directors, I did not go to a film school nor did I have any practical experience in film production. My passion for directing started in theater way back in college where I majored in Philosophy (which was my pre-course for, supposedly, Theology). I think I had always wanted to make films, though. But it was not easy to realize this, considering I was raised in a countryside where no one told me that filmmaking could be a career option.

After college in 2004, I went to Manila and worked as a writer for an entertainment production company. Having understood my intention, my boss sent me to the University of the Philippines Film Institute to attend a four-week video production workshop. This was the first time I saw how a video is made. After the workshop, the participants agreed to help each other out to make our own first films.

In 2008, I shot my second short film, Esbat, which was shortlisted at the 10th edition of the Cinemanila International Film Festival. This encouraged me to make more films. I gave myself more time to think over my plans in filmmaking. After three years, I finally came up with my third short, 123.

Guillén: How do you see yourself or situate yourself within the context of "New Filipino Cinema"? Who have been your influences? What kind of stories are you hoping to tell in your future work?

Obispo: I've always felt happy watching stories that make me feel sad. Those movies seem timeless. Whenever I watched a good film, I always hoped that I could be the writer of the story. I remember watching the screenplays of Ricky Lee [IMDb] and telling myself to write something like that too. I guess that's how the spark started. New Filipino Cinema tells us that the Philippines have more wonders than what we'd ever thought. And the international success of many Filipino directors has been a huge inspiration for new filmmakers like me. As a filmmaker, I want to continue to tell stories that will make viewers realize that something has been taken for granted.

Guillén: Talk to me about your short film 123, its genesis, how you settled upon its theme, and your approach? 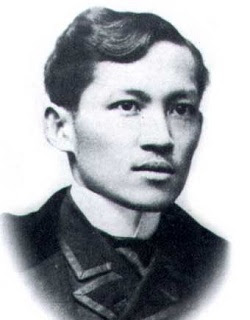 Obispo: This seven-minute film had a long evolution. After Esbat in 2008, I attempted to write a full-length screenplay about a young street boy vis-à-vis the words of Philippine hero José Rizal who said, "Children are the hope of the nation." Along the way, I realized there were just so many possible issues to tackle that the screenplay would sound like a festival of conflicts. So I decided to split these issues into short films.

As a teacher, I initially wanted to write about education; but, one time when I was in Cebu City, I saw a poster at the land port that said,"STOP CHILD TRAFFICKING" with a picture of children being taken away somewhere in a truck. One of these children was a girl who looked deeply distressed, as if she had been silently weeping. I felt my heart explode. I decided then and there that the theme of my next film would be child trafficking.

As I drafted the script, I wanted the audience to share the same feelings I was experiencing during research and concept development and knew this issue had to be addressed quickly and as frankly as possible. I knew the opening scene had to involve the audience right away so that later on they would realize that the opening scene, including the title, were just the surface of something deep and dark.

Guillén: How has the win at Cinemanila encouraged or assisted your filmmaking?

Obispo: The recognition 123 has received has meant one thing to me: that I should be more bold and prolific in filmmaking. At first, I thought of making a film just when I felt the time was right or when I felt like doing it; but after Cinemanila, I decided to work more seriously in preparing for my future plans. 123 has made me realize that there are more hidden stories that have to be told. In this respect, filmmaking has become more of a responsibility.

Guillén: 123 is distinguished by a collaborative ethos. Talk to me about how you interacted with your editor, your sound designer, your cinematographer and, of course, your young actors.

Obispo: Artistic freedom, constant communication and our trust with each other played a very important role in this project. It was our first time to work under my direction and we did not have an actual pre-production meeting. Most of the crew lived in Manila, whereas I lived in the province that served as our shooting location. I would have to phone them one by one to talk things out. There was, however, no difficulty communicating ideas with them. After sending them the script, I asked them how they each wanted to go about their treatment? After exchanging a few notes with each other, we all arrived at a common ground. During the photography, it was fun and enjoyable. The same held true with the editing and music. Since we all lived in different places, we sent each other rough cuts and notes through email. I let the editor have the final touch on the project and—when I saw the finished output—I felt myself carried away, as if I didn't already know the whole story. 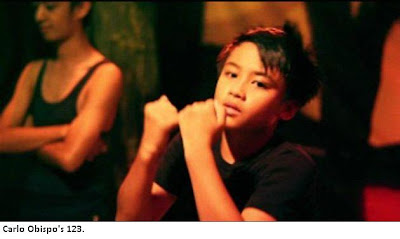 This was our same approach with our young actors, who were all first-time actors. The natural innocent look was very crucial so I did not want to give so many instructions that they would become self-conscious about their actions. One of the male dancers, Leo, choreographed their steps as simply and enjoyably as possible and I just let them move freely. To put them at ease, I constantly talked with them about their normal daily routines as if we were not filming.

The portrait of Fatima, however, was different in that she had to internalize a certain character who had a story of her own. I wanted the cinematography, editing and music to be distinct from the rest of the treatment, more dynamic, with more evident emotion. It took us some time to complete that sequence. The actress was very patient. We took as much footage as possible so that that we could accommodate editing and scoring.

Guillén: What do you dream for yourself as one of the new voices in New Filipino Cinema?

Obispo: It is such a precious fulfillment to have someone moved by a film I've made. Being one of the new voices in New Filipino Cinema poses a challenge for me to move on and dream bigger. It is my dream to find opportunities that will give me chances to dive deeper and bring up stories that have been waiting to be free.

I liked that short film. Waiting for more new Filipino cinema from Carlo!