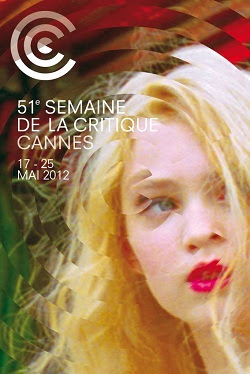 The 65th Cannes International Film Festival continues to yield numerous, and numinous, pleasures on my eighth day into the festival. In my last few days screening films at Critics' Week—for which I am a juror under the stewardship of Céline Sciamma (director of Water Lilies and Tomboy)—I've traveled to a peaceful mountain village in Mexico, to a weary city in Bulgaria and to a nightclub in Belgium.

These are the respective settings of the films Aquí y Allá (Antonio Méndez Esparza), Sofia's Last Ambulance (Ilian Metev) and Hors Les Murs (David Lambert). Each is a standout from the Critics' Week line-up, which ended today with a screening of Sofia. Tomorrow, the prizes, including the Camera d'Or and the Visionary Award, will be announced at L'Espace Miramar, a little place I've called home for the past week. Here, I deliberate and discuss with my fellow jurors, schmooze with directors and actors and feel an overall sense of belonging amongst fellow cinephiles.

Aquí y Allá [Facebook] is a calm, plaintive film about working-class life in Guerrero, Mexico. Director Esparaza captures the swift ebb and flow of nature—its fields in which working men toil, the mountainscape that surrounds their quotidian lives—with a lyricism akin to Apichatpong Weerasethakul and Yasujiro Ozu. A mundane family dinner shared by Pedro (Pedro de Los Santos Juárez) with his wife and two daughters takes on immense significance and power when framed by Esparaza's patient, confident cinematic hand. Having just returned from working in the U.S.—a place of promise that constantly hangs over these people, who are content in their little lives but who still, like the rest of us, have big dreams—Pedro finds his two daughters older and wiser, and his wife about to have their third child. 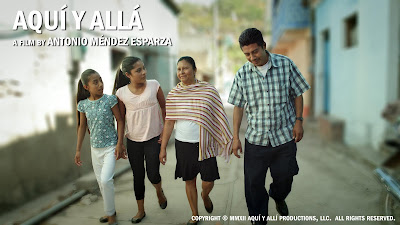 There is no big drama in Aquí y Allá, not a voice raised, nor even a tinge of hysteria. The people in Esparaza's film understand the smallness of their existence and despite having little money and modest dwellings, they seem grateful just to be alive. Esparaza imposes no agenda on his film. He simply wants us to encounter people in a place we have not seen, and his cast is comprised of non-professional actors whose restrained performances provide the film's naturalist underpin. Here's hoping this wonderful slice-of-life gets picked up for distribution.

My last Critics' Week screening, Ilian Metev's Sofia's Last Ambulance, was also among the best. Shot in what I think must be 16mm, this is a visually exuberant documentary about three dedicated people who drive an ambulance in a fatigued city in Bulgaria. There's a dearth of medical professionals in the city, we learn, so the chain-smoking, unflagging trio is constantly in high demand. As they race through the day and night to rescue drug addicts, children and pregnant women, the possibility of a car crash or radio failure looms overheard with every screeching turn and careen of the vehicle.

Though some opening remarks on the film by one of the Critics' Week selection committee members suggested the metaphoric content of the film and its comment on an impaired Bulgarian society, Metev simply films what he wants to film, with no immediately grand intentions. Again, like Aquí y Allá, Sofia is a kind of slice-of-life, but it is also a harrowing reality, and a very compelling doc. 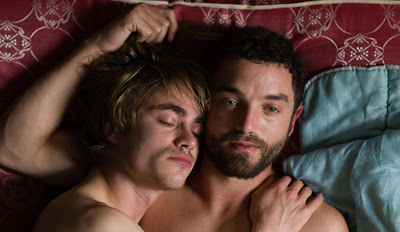 Earlier in the week, David Lambert's Hors Les Murs screened at the festival. Though the film is not perfect, it is certainly a solid new entry in a canon of gay cinema that seems to be getting better and better. No longer are we limited to the mediocre, tasteless selection on Netflix Instant. Lambert's lush, somber romance between two very different men in Belgium recalls the broken romance in Jacques Demy's The Umbrellas of Cherbourg, a film the director himself cited as an inspiration.

Ilir (Guillaume Gouix) is an Albanian bass player moonlighting as a bartender. One night, he picks up Paulo (Matila Malliarakis), a young pianist trapped in a straight relationship. Ilir is masculine, beautiful and a little cold, while Paulo is overly romantic, needy, and wan. The two hardly seem a good match, and they get off to a rocky start, but eventually they fall in love but are faced with challenges when Ilir gets arrested for possession of drugs. The film veers off course a little in scenes about drug smuggling across the border; but, Hors Les Murs really shines in its depiction of a young gay romance which blossoms after a momentary hook-up. Lambert directs with a tenderness and respect for his characters, in whose plight we feel empathy, even some relatability. Though we don't always adore these men—they can be, at times volatile and frustrating and hypocritical—we can at least see within them the presence of real people living real lives. Hopefully there is more to come from Lambert, because Hors Les Murs, despite being a conventional love story, breaks new ground for gay film.

Thanks again to the San Francisco Film Society, the Consulate General of France in San Francisco, the French American Cultural Society and Semaine de la Critique for making my trip possible.
Posted by Michael Guillen at 5/23/2012 08:40:00 AM