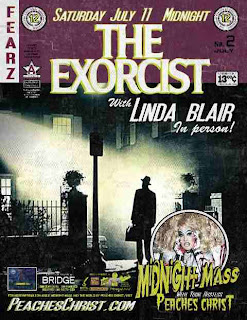 The spirit of Christ compelled me to attend opening night weekend of the 12th edition of Midnight Mass. I'm speaking of the spirit of Peaches Christ, of course, who scored a sold-out crowd for her Saturday midnight screening of The Exorcist, preceded by a dazzling pre-show number "Peaches Will Funk You" (with such provocative lyrics as: "I don't care if your mother sucks cock as long as they be lining up around the block") and enough Regan look-alikes both on stage and in the audience to make your head spin. Idol Worship racked one up for the eternal battle between good and evil by hosting the iconic Linda Blair, who—in conversation with Peaches—revealed some sweet anecdotes about filming The Exorcist.

On the "Cold Room" Special Effects 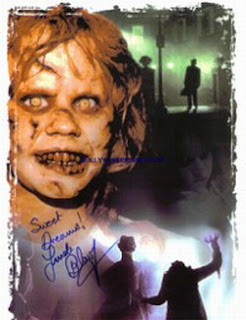 It took many many months to—first of all—even hire me because of the special effects and the make-up. Billy Friedkin wanted to interview me many times over and talk to my mother and me to make sure I was mentally stable. He knew that was really important because he knew what he was about to do to me. Friedkin befriended my mother; they were like mother and son. The movie couldn't have been done without the friendship he had bonded—he was very crafty, that Billy Friedkin!—but, he befriended my mother and won her trust. She was never on the physical set.

The Exorcist took about a year and a half to film. As a child, I didn't know, "Is this my life? Am I always going to be trapped in this disgusting make-up?" So there I was 13-14 years old, sad and lonely, dressed as the little demon. We were filming in a building in New York and my dressing room was on the second or third floor. The sets were down below. [So on my off-time,] I'd go down and talk to the receptionist about her animals and I'd try and talk to another gal who was a Michael Jackson fan; I was a Donny Osmond fan. I was a child; I needed a friend. So I was looking out the glass doors at the front of the building at the people passing by. Nobody stopped me because at this point there was really no security. It was just me at these glass doors looking out. 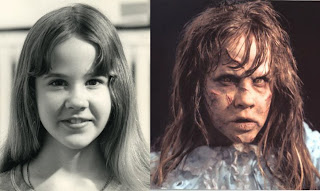 The cold room in The Exorcist [where you could see my breath] was a set where for three months we filmed in the morning when it would be zero degrees. By the time they lit it—the lights were so hot back then—it would be 17° above and then it would go to 30°. At 30° we would have to stop filming and turn all of the freezer fans back on. So we didn't really have "special effects" per se, like CGI breath coming out of my mouth. The room was genuinely cold and that was real breath coming out of my mouth. Billy Friedkin pushed the effects technicians to be the best that they could be. It was hard.

On the Guns On Set 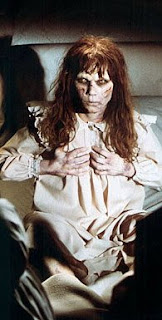 Many of you have heard the stories about the guns and the swearing and the this and the that and it's all true. The guys were not allowed to have fun on the set. It was a small crew on a closed set. No one was allowed on. No one could see me. There were about 30 crew members who worked probably throughout but only 10 allowed on set at any given time.

Billy had these different guns hidden in different places. He would always tell me when he was going to shoot a gun off and it was really to get shock and awe out of the actors. He'd yell and scream at them, degrade them and do horrible things and I'd be lying in bed, y'know, [in her best demon voice] all strapped up. I'm watching with those contacts and that face and he'd be telling somebody off like you can't believe: "You low piece of shit motherfuckin' cocksuckin' son of a pig!" I'd be thinking, "That sounds pretty bad." He was purposely unnerving them and then he'd shoot a gun. Poor Jason Miller! His having a nervous breakdown on the set was pretty much real.

One day one of the crew threw a rubber duck back over into the set after Billy shot off the gun. It didn't go over well and everyone was fired. Everyone was fired all the time. Even I was fired. We'd all just walk away and a couple of hours later we'd all come back. It was just something Billy did. Every day. It was a lovely, loving set to work on. I'm lucky to be here. 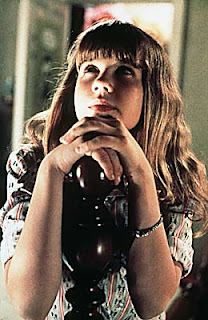 People would ask me way back then, "Have you seen the movie?" Or even today, "Well, you didn't see the film, did you?" Of course I saw the film! They never had a premiere for The Exorcist. They wanted to qualify for the Academy Awards® so The Exorcist was released on Christmas Day in New York City. That's the perfect Christmas movie, don't you think? But here was the reaction to the film: if I wanted to go anywhere, I couldn't go anywhere. When movies were released back then, there were 10 movies released, not 150 like today, so I was easily recognized. Let's say I was going into The Gap to buy some pants, and people would see me and truly be frightened. I was the Devil! You could see it in their eyes. They would back up and run. They would either run to me or away from me; it was one or the other. But I did represent that possibility of demonic possession.

On Being Outcast As A Child Star
Americans were truly ... surprised by The Exorcist. No matter where I went, I had to have a lot of bodyguards because I became a freak. Many many years ago I was very good friends with Michael Jackson and we would talk about how difficult it was to be pigeonholed. We would talk about prejudice and being misunderstood. During Michael's memorial the other day, it came to mind—knowing that I was coming to San Francisco, which has such a strong gay community—that we (Michael, myself, you) have all been pigeonholed into being misunderstood, have all experienced prejudice, have all been outcast. 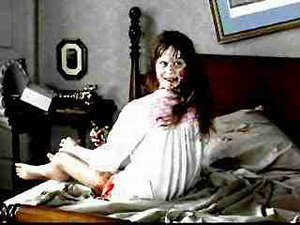 Also, here is further backstory on Linda's being cast in The Exorcist and the 25th anniversary roadshow: