Norwegian Black Metal, Graphic Sexual Horror and a Headless Woman. Jeez, is it Halloween already? No, it's just this summer's insouciant film/video line-up at the Yerba Buena Center for the Arts. But before we dig into what curator Joel Shepard has in store through September, here's exciting news for YBCA filmgoers. Starting July 6, ticket holders will be allowed FREE admittance into YBCA's exhibition galleries, whose days and hours of operation have been adjusted to align with evening film and video screenings. 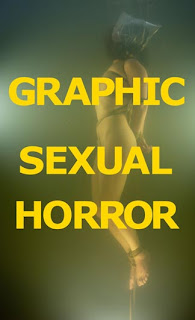 Aaron Aites and Audrey Ewell's Until the Light Takes Us (July 9 & 11) shines a torch on the stygian world of Norwegian Black Metal, a musical subgenre that grabbed headlines for inspiring a wave of murder, suicide and over 50 church burnings in the early '90s. The filmmakers were reluctantly introduced to the music by an insistent employee at San Francisco's Aquarius Records, which subsequently inspired them to spend two years in Norway gathering materials for this film. Moving from extreme music to extreme sexuality, the following weekend at YBCA brings us Anna Lorentzon and Barbara Bell's Graphic Sexual Horror (July 16 & 17). This documentary tells the story of Insex, a now-defunct BDSM website featuring exclusively female submissives that was also an early pioneer of internet video streaming and live feeds. 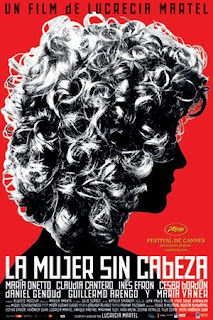 "Where is The Headless Woman?" That was the big question on the lips of Bay Area cinephiles when the latest from Argentine director Lucrecia Martel failed to make the line-up of this year's SF International Film Festival. We'd been lusting to see this film since its world premiere at Cannes last year. My anticipation became further heightened when it got ranked #1 on Film Comment's list of 20 Best Unreleased Films of 2008. Well, leave it to YBCA to end up bringing us not only the film, but the director as well, in a program titled Holy Girls and Headless Women: The Films of Lucrecia Martel. The ground-breaking director will appear at a screening of her 2001 debut feature La Ciénaga on July 14, followed by The Headless Woman on the following evening. Her second and middle feature, 2004's The Holy Girl will be shown on July 23 without the director in attendance (Martel accompanied the film to the SF International Film Festival in 2005). 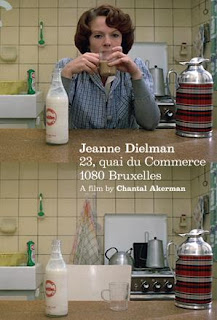 Anyone who missed Chantal Akerman's revolutionary Jeanne Dielman, 23 Quai du Commerce, 1080 Bruxelles when it screened at SF MOMA earlier this year, will get another chance on August 1 and 2. There may even be some repeat viewers—the SFMOMA screenings were marred by a missing second reel—replaced by a DVD at the first screening and 16mm at the second. This hypnotic, long (201-minute) 1975 film is considered one of the most important works in the history of cinema by many, and stars Delphine Seyrig as a middle-class widow and mother whose orderly universe s-l-o-w-l-y cracks apart. 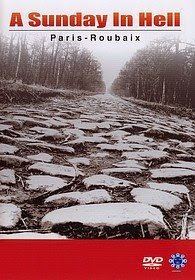 Fewer things interest me less than sports, but I'm intrigued by several programs in Beyond ESPN: An Offbeat Look at the Sports Film. This month-long series, co-curated by Shepard and SF Bay Guardian Arts and Entertainment Editor Johnny Ray Huston, spans the full artsy to trashy gamut. Kicking off the series on August 6 is Rare Films from the Baseball Hall of Fame, followed by Jorgen Leth's A Sunday in Hell on August 9. Said to be the best film ever made about professional bicycle racing, Leth documented the grueling 1976 Paris-Roubaix race across northern France using 20 cameras and a helicopter. Contemporary audiences might know Leth best as the director assigned a series of wily filmmaking challenges by Lars Von Trier in 2003's The Five Obstructions. 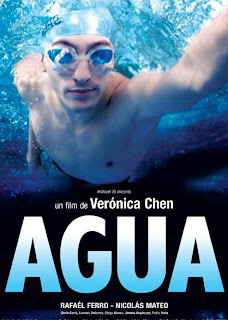 Of all the films in the sports series, perhaps the one of most interest to cinephiles will be Claire Denis' 2005 never-seen-in-SF Towards Mathilde (August 13). Made in between L'intrus and 35 Shots of Rum, the film documents modern dance choreographer Mathilde Monnier as she creates a new work. The release of Criterion's Criteron's William Klein boxed-set last year generated renewed interest in the work of this American born and educated director who spent most of his career in France. He's represented in this series by The French (August 16), a documentary about the 1982 French Open tennis tournament in which Jimmy Connors, Chris Evert, Martina Navratilova and John McEnroe were participants (the film is not part of the Criterion set and is not available on DVD). Then on August 20 YBCA will screen Veronica Chen's visually striking Agua, an Argentine film set in the world of open water marathon swimming (specifically the 57-km Santa Fe-Cordoba river race.) The film appeared at the 2007 SF International Film Festival, and my review for The Evening Class can be found here. 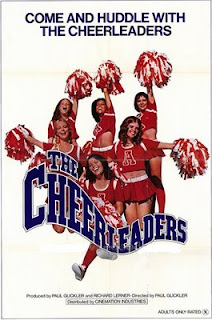 Midnites for Maniacs—and its ebullient host Jesse Hawthorne Ficks—bring their swell act to YBCA on August 23, with Winning Isn't Everything: A Tribute to 1970s Sports Film. This triple-bill movie-marathon includes 1978 Robbie Benson-starring ice skating tear-jerker Ice Castles, Michael Ritchie's 1976 classic The Bad News Bears with Walter Matthau and Tatum O'Neal, and last but not least, The Cheerleaders, a 1973 exploitation film that threatens to reveal "everything you ever wanted to know about cheerleaders but were afraid to ask."

The final weekend of YBCA's sports series brings us two more classic, rarely seen documentaries. Visions of Eight (August 28) is an omnibus film centering on the 1972 Olympic Games in Munich, with segments directed by Milos Forman, Kon Ichikawa, Claude Lelouch, Arthur Penn, John Schlesinger and others. Not too long ago, YBCA had a bona fide hit on its hands with numerous sold-out showings of Zidane: A 21st Century Portrait, which followed French soccer star Zinedine Zidane through one complete match. The film which did this first, however, was Hellmuth Costard's 1971 Football as Never Before (August 30). Using eight cameras, soccer legend George Best is trailed though a 1970 Manchester United First Division game. Interestingly, Spike Lee employs the same method in an upcoming documentary on Kobe Bryant. 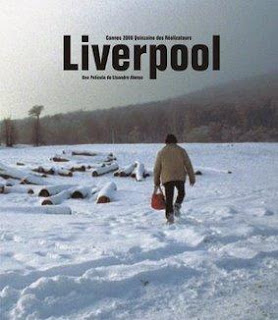 Although not officially listed on YBCA's website yet, there are two important films I'm anticipating beyond the current calendar. On September 10, 12 and 13, YBCA revives Nicholas Ray's 1956 Bigger Than Life, in which James Mason is transformed from mild-mannered schoolteacher to deluded megalomaniac—courtesy of the modern miracle drug cortisone. Then on September 17, 19 and 20 we get to see another critically acclaimed Latin American film from 2008, Lisandro Alonso's Liverpool. This latest work from the Argentine minimalist director placed 10th on the aforementioned Film Comment list of Top 20 unreleased films, and was another surprise omission from this year's SFIFF. Hopefully YBCA will continue to focus on Latin American cinema, given the fact that we no longer have a Latino Film Festival here in the Bay Area. At the top of my wish list you'll find Pablo Larrain's Tony Manero (#9 on the Film Comment list) and Rodrigo Plá's Desert Within (winner of eight 2008 Mexican Ariel awards).

I just saw Headless Woman last week for the second time at MoMA in New York. It's a remarkable film. Here's a link to an interview with Lucrecia Martel in the new Film Comment, although it's probably better to read it after you've seen the film.

Hey Jim, thanks for the url to the Martel interview in Film Comment. Looking forward to, hopefully, hooking up at the Silent Film Festival. Until then.

Michael, definitely look forward to meeting you while I'm out there.