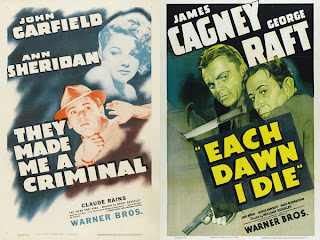 Seventy years later and 1939 is still hailed as a benchmark year for Hollywood cinema. Celebrating that fact, this evening The Castro Theatre launches its 18-film tribute to 1939, including such classics as Son of Frankenstein and The Man They Could Not Hang, At the Circus and You Can't Cheat An Honest Man, They Made Me A Criminal and Each Dawn I Die, The Women and Ninotchka, Mr. Smith Goes to Washington and Destry Rides Again, Wuthering Heights and Goodbye, Mr. Chips, Tarzan Finds A Son and Another Thin Man, Gunga Din and The Hunchback of Notre Dame, wrapping up with Golden Boy and Only Angels Have Wings. 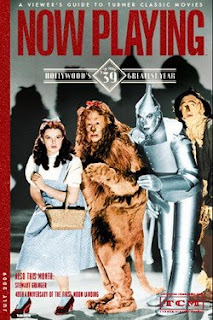 If you prefer your home entertainment system to a movie palace, at least 10 of those titles are likewise included in Turner Classic Movies' 39-film tribute "1939—70th Anniversary of Hollywood's Greatest Year." Each Thursday night through the month of July, TCM will shoot off 1939's most celebrated fireworks, including all 10 Best Picture Oscar® Nominees (reminding—in the light of recent events—that everything old is new again). Robert Osborne offers a preview of the festival at Now Playing: The Show and the full schedule can be found at TCM's website. TCM's "39 From 1939" Film Festival also features the premiere of the new Warner Home Video documentary 1939 (2009), which recounts the astonishing accomplishments of Hollywood during this historic film year.

The Academy of Motion Picture Arts and Sciences has, of course, been screening all 10 Best Picture Oscar® Nominees throughout the Summer, with only four screenings left to go. 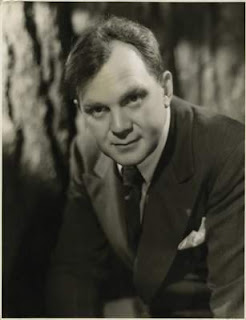 Of related interest, at One Way Street Alan Rode angles in on 1939 by way of a sterling portrait of "the incredible twelve month run of film roles by the great character actor, Thomas Mitchell."

And, of course, no survey of any given year in cinema history would be complete without a tip of the hat to Thom Ryan's Film of the Year. He chose Confessions of a Nazi Spy as his focus on 1939.

So, out of sheer curiosity, what is your favorite film from 1939?

Probably Marcel Carne's Le Jour Se Leve or Kenji Mizoguchi's the Story of the Last Chrysanthemum. But neither of those is on this lineup, nor would I expect them to be considering it's a series highlighting Hollywood.

Only Angels Have Wings is probably my favorite American feature film from the golden year. On the other hand, there's a lot of these I've never seen before. Midnight is my favorite one left off the Castro program.

I have to agree with Brian on the Hawks and Mizoguchi. The Wizard of Oz holds a special place as a sort of annual TV ritual when I was growing up. I would add, from Hollywood, Leo McCarey's sublime Love Affair, and perhaps the greatest film of all time, Renoir's La Regle du Jeu.

Duh! How did I forget Rules of the the Game? That's absolutely the greatest one!

My two favorites from 1939 are pretty pedestrian choices, I'm afraid: THE WOMEN and THE WIZARD OF OZ.

I keep waiting for the conflated sequel: The Women of Oz, in which.... Oh, nevermind.