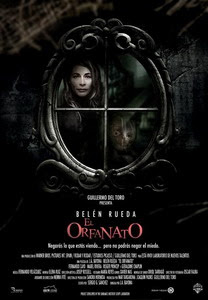 In Jungian parlance the puer is the archetype of the eternal child. And any Jungian worth his salt will advise that—as attractive as eternal youth might seem—it leaves behind a wake of emotional devastation. Perhaps of all the stories that have been patterned on the puer, none is more widely known and loved than J.M. Barrie’s story of Peter Pan, which first-time Spanish helmer Juan Antonio Bayona and script writer Sergio G. Sanchez rework to shudderingly horrific effect in El Orfanato (The Orphanage), premiering in North America at this year’s TIFF after word of mouth earned it much acclaim at Cannes. My hand remained over my mouth through most of this movie; a sure sign that I’m ready to stifle a scream. 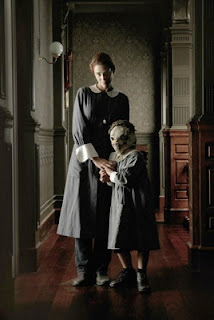 Guillermo del Toro’s executive production of The Orphanage lends winning pedigree to the project but the film survives quite on its own merits and through its own tonalities. As Time correspondents Richard and Mary Corliss have identified, The Orphanage retains Pan’s Labyrinth’s “vital vibe: the sense that all crafts of filmmaking are bent to leading us into another, darker, magical world.” The magic that exists in Bayona’s world is riddled through and through with dark secrets, haunting grief, love tethered to loss, and the demanding recriminations of memory. 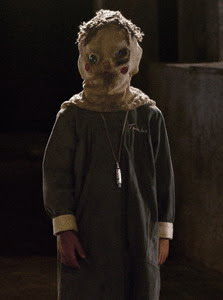 The influence the dead exert over the innocence of children has been explored by a pantheon of filmmakers—Jack Clayton’s The Innocents (based on Henry James' Turning of the Screw), Alejandro Amenabar's The Others, Victor Erice’s Spirit of the Beehive, Tobe Hooper’s Poltergeist, M. Night Shyamalan’s The Sixth Sense, and (as already mentioned) both Guillermo del Toro’s Pan’s Labyrinth and its predecessor The Devil’s Backbone. That the essential vulnerability of children is a light that beckons the unsettled spirits of the dead lost in the dark is replicated in this story by a lighthouse whose sweeping arcs of light illuminate the otherwise darkened corridors and hidden cobwebbed passages of the orphanage. 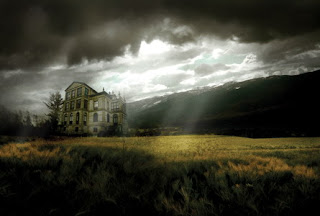 Fondly recalling playing “statues” with her beloved childhood friends at the Good Shepherd Orphanage before being adopted and taken away, Laura (Belen Rueda, The Sea Inside) returns as an adult with her husband Carlos (Fernando Cayo) and adopted son Simon (Roger Princep) to reopen the orphanage—which has long fallen into abandoned disrepair—as a haven for challenged children. Yet the childhood game of statues becomes a menacing leitmotif as the ghosts of children in the orphanage gradually advance upon Laura each time she looks away, blaming her for having left them to their tragic fate and claiming Simon as compensation. Just as the orphanage is about to reopen, Simon disappears without a trace and after six months of looking for him, with everyone around her presuming him dead, Laura remains convinced that he is somewhere within the orphanage, which luringly hints of his presence. 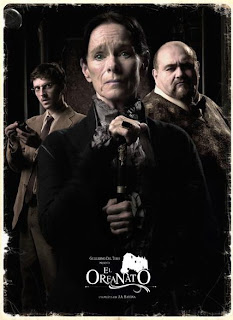 The Orphanage likewise tips a hat to another classic tale of the puer, Antoine St. Exupery’s The Little Prince wherein the reader is taught that it is only with the heart that one can see rightly and that what is essential is invisible to the eye. Aurora (Geraldine Chaplin)—a gaunt medium counseling Laura through a truly hair-raising seance—reiterates the same to Laura: “Your pain gives you strength; it will guide you. Seeing is not believing—it's the other way around.”

Richard and Mary Corliss summarize the film’s atmosphere succinctly: “[A]t the end, you'll realize that the filmmakers had something deeper in mind and heart: the need for a bereft woman to reunite, at whatever cost, with the people she has loved, wherever they are.” Variety’s Justin Chang describes The Orphanage as a “tale of a grown-up Wendy figure grieving her lost boy.” 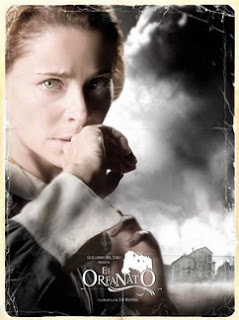 Along with a riveting performance throughout by Belen Rueda and sinister and creepy appearances by both Geraldine Chaplin as the medium and Montserrat Carulla as a social worker, The Orphanage has impressive and handsome production values for a first feature. Screen Daily’s Peter Brunette astutely attributes this to Bayona’s accomplished manipulation of “mise-en-scene and props, especially the otherworldly dolls that appear throughout the film.” Chang commends editor Elena Ruiz’s effective use of “briefly cutting to black between scenes” to compound the shifting framing devices of cinematographer Oscar Faura, whose camera Richard and Mary Corliss describe as “relentlessly gliding, creeping, tracking toward the eeriest mystery, or backing away from it to reflect our fear.”

It’s already clear to me that—with only having seen a handful of titles from the TIFF lineup and many more to go—The Orphanage will remain one of my favorites through the final tally.

We had a del Toro retrospective here in Melbourne five months ago, and I hope to see this film (if it gets a local release) in that context. The stills on this page have a similar feel to del Toro's films, in which the visuals are one of the strong points.

And yet if you go into the film expecting Del Toro, you might be disappointed. For one thing, Bayona is a new director and he hasn't burnished his craft like Guillermo, though he deserves credit for what he's accomplished with his first feature.

I'm not as fond of Del Toro's films as yourself, Michael, though I'm interested in his body of work as a whole (thus I enjoyed the retrospective more than any individual film).