The Mill Valley Film Festival ("MVFF") is arguably the Bay Area's second-most important annual film event in terms of both size and prestige. And like its big sister to the south, the San Francisco International, it's celebrating a landmark birthday this year. At a press conference last week, the line-up was announced for the 30th edition and as usual, it's an impressive collection of both high and low profile films which will see their local (and in some cases, North American and World) premieres, taking place October 4 to 14.

For most of these 30 years I've had to put on blinders and pretend the festival didn't exist. Without a car to transport me to its various North Bay venues, I found that ignorance was, if not exactly blissful, then certainly less tortuous. That all changed in 2004 when I got wind that Ousmane Sembene's Moolaadé was playing the festival. Here was a film I absolutely could not miss, even if it meant crawling to San Rafael on my hands and knees. Fortunately, nothing quite that dramatic was required of me. All I needed to do was get my butt on a Golden Gate Transit bus which would pick me up a few blocks from my home in the city and drop me off a few blocks from the Rafael Film Center. Since then I've been able to partake of its pleasures, albeit in a limited way. Late night screenings are a no-no, unless I want to spend the night on a bench in the bus terminal. And getting to the festival's two venues in downtown Mill Valley by public transport remains very problematic. 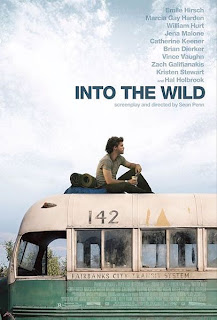 As in the past, this year's festival is awash in films that are, in the words of MVFF programmer Zoë Elton, "big films with independent spirit." Every one of them will turn up in local cinemas between now and Xmas, but for those who can't wait (and those wishing to bask in the presence of movie stars and big-name directors) the festival provides some awesome opportunities. The star-gazing kicked off last week with a pre-festival screening of Into the Wild, with director Sean Penn and star Emile Hirsch in person. This year's Opening Night will find Ang Lee (who gets a special tribute this year) presenting his Venice top-prize winner Lust, Caution. Meanwhile, director Tamara Jenkins and star Laura Linney will appear with their opening night co-feature, The Savages. Jennifer Jason Leigh also gets an in-person tribute this year, coinciding with the local premiere of Noah Baumbach's latest, Margot at the Wedding. The Closing Night film will be The Kite Runner, director Marc Forster's screen adaptation of Bay Area writer Khaled Hosseini's immensely popular novel. Both Forster and Hosseini are expected to attend the event. 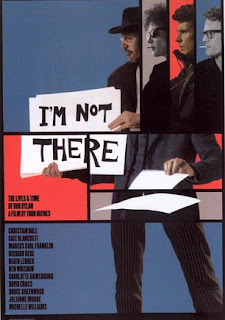 Other directors expected to attend the festival with their latest projects include Todd Haynes (Bob Dylan biopic I'm Not There), Suzanne Bier (the renowned Danish director making her English-language debut with the Halle Berry/Benicio Del Toro-starring Things We Lost in the Fire) and first-time director Ben Affleck (Gone Baby Gone). Films with noteworthy directors not expected to attend the festival include Woody Allen's Cassandra’s Dream, Wes Andersson's The Darjeeling Limited, and Julian Schnabel's Diving Bell and the Butterfly (the only film in the festival from this year's Cannes main competition).

It's swell that the festival is bringing such esteemed films and artists to the Bay Area, but personally, I'll wait for the theatrical releases (although I'd go see Todd Haynes or Suzanne Bier in a heartbeat if the scheduling were different). For me, it's the lesser-known titles, films we may never have another chance to see on a local screen, that will prod me to get on that bus and head north.

When I first glanced at the festival line-up, I was struck by the wealth of films from sub-Saharan Africa. (If I remember correctly, the only homegrown narrative feature from the region in last year's fest was a revival of the nine-year-old Taafe Fanga from Mali.) For starters, I'm thrilled the festival will be showing Cheick Fantamady Camara's Clouds Over Conakry from Guinea, which won the audience prize at this year's FESPACO African film festival. Family drama Djanta from Burkina Faso and historical epic Laviva from Nigeria also look very promising. The latter is a prime example of Nigeria's booming digital-cinema industry, which is itself profiled in the festival documentary, Welcome to Nollywood. Another interesting sounding documentary is Iron Ladies of Liberia, which is not about a cross-dressing African volleyball team. Instead, it profiles the country's first female president and her largely female cabinet. 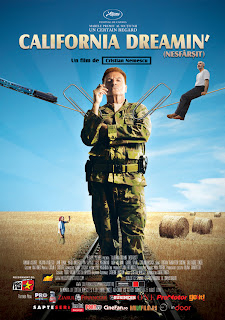 Filmgoers wishing to experience firsthand the justified hype of New Romanian Cinema will have an excellent opportunity to do so on Sunday, October 14. On that day, the festival will screen three recent Romanian features back-to-back at the Rafael Film Center. The first two are from 2006—the impressive The Way I Spent the End of the World, which I saw earlier this year at Palm Springs, and The Paper Will Be Blue, which I unfortunately missed at that same festival. The third is the U.S. Premiere of Cristian Nemescu's California Dreamin’, which won the top prize in the Un Certain Regard section of this year's Cannes film festival. It stars Armand Assante, of all people, and its director tragically died in a car crash while the film was in post-production. The film has been compared to the work of Emir Kusturica, and is perhaps the film I am most looking forward to in this year’s festival. (12:08 East of Bucharest, incidentally, was my top film from last year's MVFF.)

The Middle East is also well represented at MVFF30 with a total of nine features. From the emerging cinematic hotbed of Israel we have Jellyfish, which won the Camera d'or at Cannes for best first feature, and Beaufort, winner of the Silver Bear at Berlin for its director, Joseph Cedar. Other films from the region include Caramel from Lebanon, The Colors of Memory, Red Robin and Kobra's Decision from Iran, Crossing the Dust from Iraqi Kurdistan, and two more from Israel, The Secrets and Little Heroes. 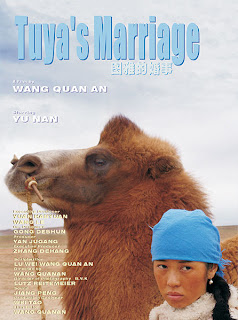 Hopscotching around the globe, I find plenty of other intriguing titles to consider. I definitely plan to catch the two non-Bollywood Indian features 7 Islands and a Metro and Possession. Days of Darkness by Canadian auteur Denys Arcand should also be worth a look. There are two more Berlin victors to consider—Golden Bear winner Tuya’s Marriage from China, and Germany's Yella, winner of the Silver Bear for its lead actress, Nina Hoss. And how can I resist films from such perennially under-represented countries such as Greece (Uranya), Uruguay (The Rind) and Inuktitut-speaking Canada (Kiviuq). I would dearly love to see Irina Palm (Marianne Faithful becomes a sex club hostess to pay for a grandson's expensive operation), but it's not playing in San Rafael and is not available on screener. A cursory look at the festival's extensive Valley of the Docs section reveals a number of diverse films about musicians such as Anita O'Day: The Life of a Jazz Singer and Joe Strummer: The Future is Unwritten. Oh, and did I mention that the Marin Symphony Orchestra will be performing a live score to Sergei Eisenstein's Battleship Potemkin? So many movies, so little time, and this represents just a fraction of what's on offer. Have a look at the program and please let me know if there's anything else I shouldn't be missing.
Posted by Michael Guillen at 9/18/2007 08:03:00 AM