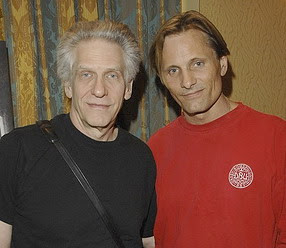 Following up on my review of David Cronenberg's latest, and in the wake of Eastern Promises winning TIFF's Cadillac People's Choice Award (with its attendant cash prize of $15,000), here's an interview I conducted with Cronenberg and his leading man Viggo Mortensen in San Francisco shortly before TIFF 2007, courtesy of Greencine.

Thanks for the link and your comments Michael :)

Your Eastern Promises review/observations really kicked me into thinking about Cronenberg away from the traditional 'horror' motif.

The film opens in my city this Friday so I can't wait.