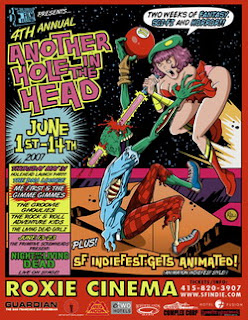 What do ghosts, madmen, monsters, and cartoon merriment have in common? Why San Francisco's 4th Annual Another Hole in the Head Film Festival ("Holehead") of course! Accompanied this year by its baby sister—The SF Indiefest: Gets Animated Film Festival—the lineup runs June 1-14, 2007 at the Roxie Film Center. Billed as "an old-fashioned movie matinee twofer or a cinematic yin and yang" SF Indiefest presents two … two … two fests in one! During the daylight hours of Summer, the brand-new Gets Animated program offers some of the finest in independent animation as well as studio rarities. But when the sun goes down, the spooks come out for miles of celluloid horror at the 4th annual Holehead Festival. The lineups for both festivals are available at the SF Indiefest website, along with all attendant logistical information. 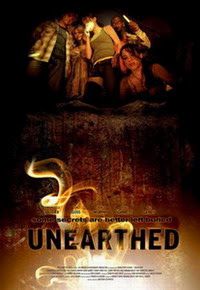 Highlights? Opening night is the world premiere of Simon Cathcart's StagKnight, which has been extensively covered at Twitch in no less than (count 'em) eight entries. Gomorrahizer's most recent entry encapsulates all the rest for easy reference. Gomorrahizer erroneously states, however, that StagKnight's world premiere will be at Italy's Salento Fear Fest in late May. A review of the Salento program confirms this is not the case; that honor is reserved for San Francisco's Holehead where Simon Cathcart will appear to introduce the film.

Closing night will be Matthew Leutwyler's Unearthed, which has likewise been written up at Twitch here, here, and here. 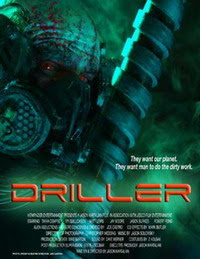 Along with StagKnight, there will four additional world premieres: B. Luciano Barsuglia's Zombie Farm, Tom Shell's The Thirst, Jason Kartalian's Driller (referenced twice at Twitch, here and here), and Richard Schenkman's The Man From Earth. There will be three U.S. premieres: Sion Sono's Hazard (profiled by Gommorahizer at Twitch) and Kei Fujiwara's ID—both from Japan—and Peter Stanley-Ward's Small Town Folk from the UK (recently profiled by Twitch team mate Mack).

05/14/07 UPDATE: My bad. Gomorrahizer swiftly pounced on me to say that he's correct. Stagknight is world premiering at the Salento Horror Film Festival as part of their Splattercontainer Night. I stand corrected. Though I am curious why Holehead is billing their opening night feature as a world premiere when it's not or, more relevantly, why I even care?
Posted by Michael Guillen at 5/13/2007 09:36:00 PM

You must see "Blood Car" and preferably after cocktails! And "Murder Party" is actually pretty cool!
We do see SOME THINGS down here in Atlanta...! :)

Where the hell are you and Max catching these movies?!!

"Blood Car" and "Murder Party" both screened at the Atlanta Film Festival. "Blood Car" is a 'local' production and featured the actual 'Blood Car' as a promotional prop outside the theater for its world premiere here! Woo hoo!