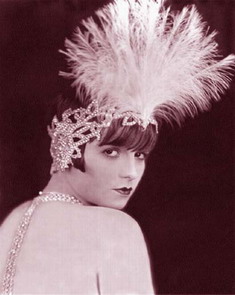 "Louise Brooks was not just a Jazz Age actress," Kenneth Turan wrote in the L.A. Times, "she was a drug that went right to your head." 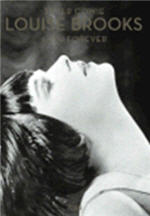 November 14, 2006, marks the centenary of Louise Brook's birth and—by way of tribute to this enduring legend—Rizzoli International Publications has published Louise Brooks: Lulu Forever, a lush hardcover volume with over 200 photographs and commentary by Peter Cowie, a world-renowed film critic, film historian and author of some 20 books, among them The Cinema of Orson Welles, and John Ford and the American West. Cowie is considered the leading non-Nordic expert on Scandinavian cinema and the films of Ingmar Bergman (whose biography he has also written) and has penned some of the best commentaries for the Criterion Collection. Founding editor of the annual International Film Guide, Cowie was the International Publisher of Variety from 1993 to 2000. He has lectured on four continents, and now serves as a special consultant to the Berlin International Film Festival.

Peter Cowie became a close confidante of Louise Brooks in her later years and his affectionate and insightful portrait of Louise as actress, myth, and legend demonstrates how and why "Lulu" has outlasted nearly all her screen contemporaries to become an influential cult figure, as well as an abiding and fascinating symbol of 20th century Hollywood. 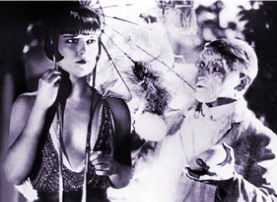 Bay Area audiences will have two great opportunities to hear Cowie speak on Louise Brooks. First, he will introduce a new 35mm print of Pandora's Box at the San Rafael Film Center on Saturday, November 11, at 7:00. As you might recall, Pandora's Box was the centerpiece attraction of this last summer's Silent Film Festival.

The second opportunity for San Franciscans to hear Cowie lecture will be at Gary Meyer's Balboa Theater on Sunday, November 11, likewise at 7:00, where Cowie will introduce a program that includes one of Lulu's most rarely shown features, a short comedy, and coming attractions. The Balboa is being enticingly secretive about the program titles but—knowing Gary Meyer's discriminating taste—you can be sure it will be well worth the experience. 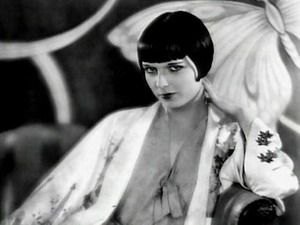 The Balboa Theater event is being co-sponsored by the Louise Brooks Society, who is likewise mounting a photography exhibition at the San Francisco Public Library—"Homage to Lulu: 100 Years of Louise Brooks"—commencing November 4, 2006 and continuing through January 5, 2007. On display will be dozens of vintage objects—such as books, magazines, sheet music, postcards, film stills and related ephemera—which will tell the story of Lulu's life and films. Highlights include American and French photoplay editions (the movie tie-in editions of the 1920's), an editorial comic strip explaining the scandalous circumstances behind Brooks' affair with Charlie Chaplin, Brooks' inspired novels, a jumbo-size lobby card, and a full-page newspaper advertisement for Show Girl—the Brooks-inspired novel which became a hit stage play and the long-running comic strip "Dixie Dugan." The exhibition will be held at the Main Library, 100 Larkin Street (at Grove), Fourth Floor, Steve Silver Beach Blanket Babylon Music Center, and will include a related program, a screening of Louise Brooks' flapper comedy Love 'Em and Leave 'Em (1926, 70 min.) with an introduction by Thomas Gladysz, director of the Louise Brooks Society. That screening will be on Tuesday, November 21, 2006, 6 p.m. in the Main Library's Koret Auditorium.

Further, the Silent Theatre Company is currently performing "Lulu: A Black and White Silent Play" at the Victoria Theatre in San Francisco. The S.F. Chronicle has described the production as "…a feast…playfully expressionist…hilarious physical comedy…period-perfect piano accompaniment—with a surprisingly flavorful tragic aftertaste…" and SF Station has written that "Lulu is a dreamy, gothic piece that's otherworldly in its idiom, but as obsolete as the silent film may be, Silent Theatre has produced a piece to rival any contemporary depiction of obsessive love and female sexuality, in all its glory and societal baggage."

On Louise Brooks' birthday, Tuesday, November 14, commencing at 7:00 the Silent Theatre Company will feature a special birthday bash that will include a screening of Love 'Em and Leave 'Em, live music, birthday cake, and festivities with the cast and crew of "Lulu"—followed by a 10 p.m. staging of the Wedekind play, all at the Victoria Theater.

11/07/06 UPDATE: A wonderful essay on Brooks by Dan Callahan has just been published online in the new issue of Bright Lights Film Journal. Also, Dennis Harvey writes Lulu up for SF360.

When the San Francisco Silent Film Festival screened "Pandora's Box" this past July at the 1400 seat Castro Theater - the film sold out in advance! Louise Brooks seems to be San Francisco's favorite silent film star. It is also home to the Louise Brooks Society (www.pandorasbox.com)