It's with great pride and pleasure that The Evening Class and my Canadian compatriot Twitch—both of who are committed to global cinema and the development of film writing among young people—can announce and publish the First, Second and Third Prize Winners in the Global Film Initiative's Bay Area Creative Writing Competition.

The Competition was open to high school students who attended screenings of Global Lens films in Oakland, San Francisco, San Jose and San Rafael during September. Entries were judged for critical thinking, imagination and creative writing.

A panel of distinguished educators and civic leaders judged the top finishers from all participating high schools for the Bay Area-wide Competition. First, Second and Third Prizes carried Scholarship Awards in the amounts of $3,000, $2,000 and $1,000, courtesy of a grant by San Francisco-based Triton Holdings.

The judges were impressed by the talent and imagination these students brought to a challenging assignment. "We are pleased to reward their efforts and to encourage them in their studies," noted Susan Weeks Coulter, Chair of The Global Film Initiative. "They embraced the writing assignment with enthusiasm and skill. We wish them all the best as they continue their education."

The students were asked, "What makes a character real?" Working in small groups, they analyzed targeted characters in specific scenes from the films chosen for high school screening (Stolen Life, Max & Mona) to gain a deeper understanding of the techniques filmmakers use to bring a character to life. For example, with the character Max from Max & Mona they were asked to consider the scene where he found out he was accepted to medical school. How did the news spread in his village? How did his parents react? For that particular exercise they read the Global Film Initiative's discussion guide for the film, background information about South Africa and Johannesburg from National Geographic, an introduction to Soweto, and the history of South Africa.

The students also read "The Basics of Screenwriting: Character Development", developed by Fathom.com in collaboration with the American Film Institute. They discussed what made a character "compelling" and what personality traits made a character "engaging." They used descriptive adjectives to portray their character's appearance, personality, and relationship to other characters. They explored how a character's appearance reflected his or her personality. How other characters responded to the character in the story. Whether their character was changed by events in the story. If so, how? If not, why not? Each student was then asked to write a character portrayal, depicting an event in the character's life that was not portrayed in the film.

Along with Susan Weeks Coulter, The Evening Class and Twitch congratulate Thientam, Alejandra, and Debbie—the winners of this year's scholarships—and look forward to future contributions from these fine young writers to the world of film commentary, criticism, and screenwriting.

As she talks, all I can notice is her hideous face. She talks, and my eyes fix on the two grayish flaps of skin above her chin, shifting and contorting, shifting and contorting. They are factory gates, releasing words grated from flint hidden deep in her throat. She uses such a harsh tone, as if it will help drill the meaning into my brain. It is not necessary, I understand well enough.

She thinks I'm not worthy of her daughter. There is nothing she'd like more than to send into oblivion the only lasting proof of our relationship. If only she knew the truth. I imagine her expression if I were to tell her, but any temptation I might have abandons me when I see what she pulls out of her grimy purse: 5000 yuan. This is going better than I expected. She says it is for Yanni's prenatal care. Her steely eyes narrow; she thinks she knows what I'm thinking. I force my face into a pained expression.

Pressing my lips together, I turn to Aihua, carefully arranging my face. Stroke by stroke, I paint my grievances. I tell her that even if I could stand the pain myself, Yanni would suffer more, and I couldn't bear that.

She believes me. "Look around you! This is no place for a child to grow up!" she cries, flailing her arm at the dark hallway.

There is a musty, wet smell, and the machinery pounds behind the walls, the heartbeat of the underworld. Why wouldn't a child want to grow up here—in a pulsing womb?

Of course she doesn't understand. This appeal is lost on women like her, just like ultrasound is lost to humans. I stay silent.

"It is enough that you scurry about the slums like an animal," she regains composure, her voice cold as slate. But does she not see all humans are animals? She pulls out a sheet of paper and starts writing. I stare at her, disquieted, until she finishes and hands me the sheet.

It is a contract. I read it slowly, as if in deep thought, and nod my agreement. In silence we sign our blood to the paper. She hands me the stack of bills which I quickly put away. Then she wordlessly twists and weaves her way through the hallway.

I touch the money in my pocket and I suddenly want to laugh. 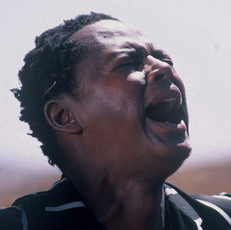 Max had just come back from working in the field, and feeding the animals. It was almost sunset, and all the people from the village sat outside their homes taking a break from the long day of work. As Max is walking towards his house, many people said hi.

"Hello son Max," an old voice cries. "Oh, hello Miss Vaughns, how are you today?" Max asks. "Mmm, Max, trying to keep up with these shaky old legs," Miss Vaughns replies, with a tired look on her face.

As Max passes by the crowd of kids, he noticed something different. His family wasn't outside. He walks in the door, his dad rushes over to him and gives him an envelope. "This is what I was waiting for," Max grabbed it. "YEY, YEY, I got it! It's from the university," screamed Max. "Open it!" his mother screamed.

Max anxiously opened the envelope. As he read the letter, his eyes opened and his jaw dropped. Every one of his family members stood behind him nervously waiting to hear the news. "Come on, Max, hurry!" his Mom screamed.

"Dear Max Bua, congratulations! It's an honor to say that you've been selected and given admission to study at our prestigious medical school…."

Max started screaming in excitement. They went outside, and everyone heard the excitement so they came by to see what it was. "What's the excitement about?" various neighbors asked. "I got in!!!" Max replied. "Got in where?" many asked. "I got in the … the …" Max stumbled. "Where did you get in, child?" Miss Vaughns asked. "To Medical School!!" Max's father answered. "…I'm going to Medical School to become a doctor!" Max answered. "Hold on … but don't you need money to go to the University?" an old man asked worriedly. "What are you gonna do, Max?" many people asked.

Max stayed quiet. His smile that was from ear to ear, suddenly changed to a sad, worried expression. "I don't know…." Max answered.

The entire village decided to donate their money. "But I don't know what to say. I'm so thankful that you guys are doing this. I can never thank you enough for doing this," Max said.

The sunset had disappeared; the beautiful moon and the stars had appeared. Making it into a silent night, but with excitement. The only thing you could hear was the wind, the trees moving from side to side, and the voices chanting from far away in their homes, cheering for Max's accomplishment.

A truck comes in with the local mail. This time though it was somewhat different. Unlike the usual wait of letters from city relatives about life and coming up visits, the atmosphere has changed from a time of excitement to a time of anxiety. Everyone in the village was there, waiting. It was the moment of truth and no one was willing to miss it.

Max, the village healer's son, has been waiting. As the son of the village healer, he was always involved with the idea of health. Since he was young he had always studied hard. Because of these two components, he decided to become a white man's doctor. This way not only will he be able to fulfill his father's legacy of being a healer but also bring honor to his village and continue on with his studies. But all of this was still inside his head. He applied of course with the permission of his parents but whether he was able to go if he was actually accepted was never discussed. None of this really matters at the moment. His notification was the key to all of this.

The moment of truth comes closer and closer now. Everyone in the village had always known Max had a gift from the gods. He not only was able to bring up the sorrow in the human soul, but had always been good with the books. Applying to the medical university was no surprise for it allowed him to fulfill his duty and bring glory to the village.

The man steps out of his old beat-up tractor of a truck and comes in with a hand full of letters. Calling one by one the names of the people for their mail. But everyone just held on, waiting for that one notice, for Max.

Suddenly the man stopped. There was no more mail. The man turned back towards the truck and got in. Everyone was still. No one talked and just watched the truck move away. Max looked at the leaving truck and then his parents. Then he turned and started to walk away. The village people dispersed as some opened their letter and made formal announcement. One of which was about the wedding of Regina.

Max sat in his house, stunned. But at the same time, thought that he could of had at least some reply, accepted or not. But obviously, there was nothing. He thought about the matter for some time. Then, he just turned. Maybe it just wasn't meant to be. He could always have the title of the village mourner. At least he will never be without a job. He should never have applied. He was not even qualified.

As he started to drift into his afternoon nap, he heard a noise outside of his door. He walked outside; there was the same man that was passing out the mail. In his hands hold a large yellow envelope.
Posted by Michael Guillen at 11/09/2006 11:43:00 AM

Michael, this was a wonderful idea for helping bring Sembene's philosophy of the evening class of cinema to the "daytime class" students who can benefit all the more from exposure to a way of seeing films other than the one being sold them by corporations.

Reading the winning pieces really makes me wish I hadn't missed these two particular films when they played the Bay Area.

Thank you, Brian. I really wanted to encourage Susand The Global Initiative's exercise in youth outreach. I just remember when I was in highschool, how opportunities like this helped me out so much. Though I never won $3,000 for an essay! That's more than I've earned for all of my writing put together over my whole life! But I can't feel envious. I feel glad that this young woman has a chance to go to college.

Whoops ... that should be "Susan and"; it got kind of conflated there.

Also, next year I get to be one of the jurors!