COLOMBIAN CINEMA—TODO COMENZO POR EL FIN (IT ALL STARTED AT THE END, 2015) 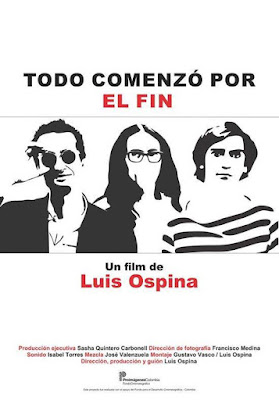 "I believe that my true vocation has been the documentary. Fiction film, with all the technical paraphernalia and its high costs, has always been a state of exception for me, while the documentary is a state of grace.”—Luis Ospina, Proimagenes Colombia.

At 208 minutes, a dedicated commitment is encouraged to appreciate Luis Ospina’s Todo Comenzo Por El Fin (It All Started At the End, 2015), but this sprawling survey of Colombian cinema from the 1970s onward—particularly among the Cali Group (“Caliwood”) and focusing on Ospina and his creative collaborations with writer Andrés Caicedo and fellow filmmaker Carlos Mayolo—rewards anyone interested in Latin American cinema, as well as anyone fascinated with how collectives of renegade artists impact on national cultures.

Framed within Ospina’s 2014 near-death hospitalization for gastrointestinal stromal cancer (GIST), which provides the film’s prologue and epilogue, the film features fascinating archival footage of the cultural tumult that took place in Colombia in the early ‘70s (roughly concurrent with the youth movements in France and the U.S., confirming the zeitgeist was a global impulse). Comenzo incorporates film clips from the output that revolutionized cinema in Colombia, and provides contextualized recollections by key players within the Cali collective who articulate an emotional inspection of where the years have led them. Whether they were just a gang of like-minded creative spirits, or indicative of their generation, it’s undisputed that these individuals changed cinema in Colombia forever.

That their work has not received the international attention granted their American and French peers speaks to a rigged Western and Eurocentric bias, which is still in the process of being dismantled, prompted by the Oscar nomination of Ciro Guerra’s El abrazo de la serpiente (Embrace of the Serpent, 2015) and the Cannes sweep of César Augusto Acevedo’s La tierra y la sombra (Land and Shade, 2015). Great headway has most recently been made with the ambitious multi-venue film series “Ism Ism Ism: Experimental Cinema in Latin America”, co-curated by Jesse Lerner and Luciano Piazza, as part of the larger cultural initiative “Pacific Standard Time: LA/LA (Los Angeles / Latin America)”, wherein a selection of Ospina’s short films have been spotlighted in a program entitled “A Rational Act of Faith.” In the San Francisco Bay Area a separate selection of Ospina’s shorts have been featured in BAM/PFA’s “Documentary Voices” program. 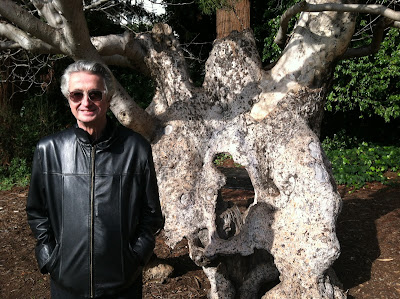 As Colombian filmmaking finesses the international stage, Colombia is looking back at its forerunners and maverick pioneers and sagely granting them fair acknowledgment. At the 56th edition of the Cartagena de Indias International Film Festival (FICCI), Luis Ospina was paid tribute with a retrospective of his films (the first time FICCI has spotlighted a Colombian filmmaker) and awarded Best Director in the festival’s Colombian competition with an additional cash prize for Todo Comenzo Por El Fin (Comenzo), which premiered earlier at the 2015 Toronto International Film Festival (TIFF), where Diana Sanchez detailed in her program capsule: “Ospina uses two of the group's central figures—cult author Andrés Caicedo, who committed suicide at the age of 25, and Ospina's former collaborator Carlos Mayolo, who chose a longer route to death through alcohol and drugs—as the focal points of his narrative, their sad fates representative of the seeds of (self-)destruction within this remarkable creative flowering. ‘You are the last one left that can tell this story,’ a friend says to Ospina during an emotional interview, and it's a task that the filmmaker/historian is determined to complete—even after he is diagnosed with cancer during the film's production, an event that gives the film's theme of mortality an even greater resonance.” But even greater than its value as historical document, Sanchez emphasizes, “is its evocation of the energy, excitement, and bonds of friendship and fidelity that defined the effervescent community of Colombia's ‘Caliwood.’ ”

Though festival pedigree gave Embrace of the Serpent a strong theatrical run—Land and Shade less so (though both are now available for streaming on Amazon, whereas Comenzo is not)—I wasn’t sure at first when I caught Ospina’s documentary at FICCI how Comenzo would traffic. I was concerned that Western cinephilia, unfamiliar with the stars of “Caliwood”, might not be receptive even though (at the very least) I was convinced Western audiences would be thoroughly intrigued by the sequence where Werner Herzog and Klaus Kinski film Cobra Verde (1987) in Colombia. My reservations were unfounded. Comenzo received considerable media attention, largely through the Latin American press and in some key English-speaking articles, particularly with its U.S. premiere at New York’s Lincoln Center, where it was viewed as “essential viewing for anyone looking for darkly comic, anarchic inspiration.” Highlights from his Q&A with his Lincoln Center audience have been transcribed by Andrew S. Vargas for ReMezcla. 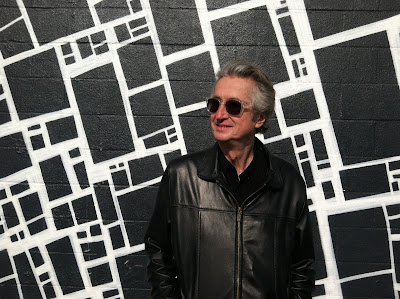 “With the Paris protests of 1968 still wet on the tongue,” Samuel T. Adams wrote in his overview of Ospina’s films for Brooklyn magazine, “the 70s saw a creative revolution in Cali, Colombia. At the center of this visionary surge was Luis Ospina, a founding member of the Grupo de Cali, a collective of filmmakers, artists, and writers dedicated to capturing the social reality in their country. Ospina and founding members of the group sought to unveil the corruption and hypocrisy of the Colombian government, often by presenting ‘counter information,’ almost as if conceptually sneaking in through the back door. Questioning the conditions and presumptions of political cinema, the group traversed their own path, reflecting not only on documentary film histories, but also on popular cinema, including genres of horror and noir. By negotiating the political while including questions of the popular, the group re-evaluated cinema’s role in society, and changed the face of Latin American filmmaking.”

“May 1968 arrived in Colombia in 1971,” Ospina remarked in a City Paper interview with Richard Emblin, “and like a poet once said ‘everything arrives late in Colombia, even death.’ ” Ospina’s interview with Emblin is notable for articulating how “Caliwood” came under siege in the late 1980s by “narco culture”, which imposed “laws, gaudy architecture, and new-money aesthetics upon the 1 million inhabitants of the city. For many, including Ospina, ‘Cali was disappearing for the worse.’ A ‘diaspora’ of artists began to flee ‘narco culture’ and seek creative refuge in the capital of Bogotá.”

In his conversation with Valentina Valencia Bernal for El Spectador, Ospina discusses his role as the Director of the Cali International Film Festival and asserts that Cali is a city intimately and historically associated with filmmaking. During his onstage conversation with Kathy Geritz at Berkeley’s Pacific Film Archive, Ospina affirmed that Colombia’s first fiction film Maria (1922), was a silent produced in Cali (and the subject of his 1985 documentary short En busca de ‘María’ (In Search of 'Maria')). He and his associates launched “Caliwood” and—as he assured Bernal in his El Spectador interview—Colombia’s national cinema is going through its most prolific moment with Cali, to a large extent, being one of the cities responsible for this happening “because it is the cradle of several impeccable new directors who are giving something to talk about.”

Other conversations of note are Ospina's ruminations with Marcela Vargas for Gatopardo, a tribute by his friend Sandro Romero Rey (wherein he categorizes Comenzo as “a profile of a man who decided to prolong his agony to make way for the ecstasy of recognition”), and an earlier 2008 La Fuga interview with Juan E. Murillo conducted at the Buenos Aires Festival Internacional de Cine Independiente (BAFICI).