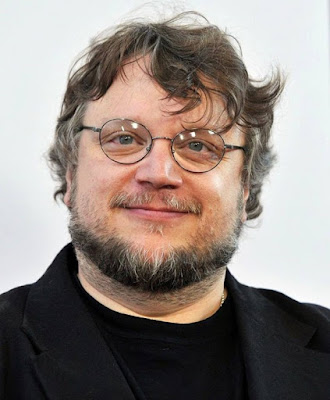 As contextualized on the festival's website: "A childhood in Guadalajara, Mexico ripe with ghosts (real and imagined), comic books, Edgar Allan Poe stories, Santo mash-ups and classic Universal monster movies has led to one of the most fertile careers in genre films for 51-year-old master of the dark fantastique, Guillermo del Toro. Del Toro first introduced us to his cinematic uniqueness with the newfangled vampire movie Cronos in 1993, and he has bounced back and forth between big studio films (the Hellboy duo, Pacific Rim) and more personalized independent features (The Devil's Backbone and the Oscar®-winning Pan's Labyrinth) ever since. Common themes and images weave their ways through all of del Toro's movies, and his personal stamp can be found on every frame." 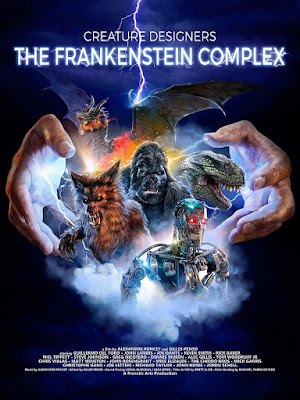 Del Toro hosted the Canadian premiere of Gilles Penso and Alexandre Poncet's Creature Designers: The Frankenstein Complex (2015), a fascinating documentary on the history of movie monster makers, in which he is featured prominently. As was to be expected, he could not accommodate individual requests for interview, but generously provided an afternoon press conference and an expanded Q&A "master class" after the screening of Creature Designers. Seizing those two opportunites, I asked the following. 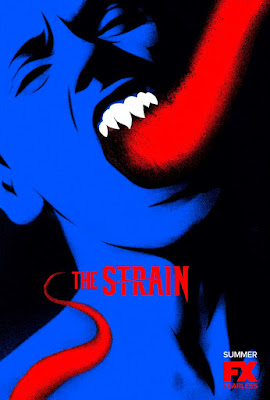 Del Toro: After the first season, The Strain is Carlton Cuse. It's Carlton's baby. Having co-written the books with Chuck Hogan, I'm too close to the books. I suffer a lot when there's a change and there have been a lot of changes. They kill people that we don't kill in the book—they kill them in the second season—and people that we killed in the first book live forever. So, you know? There are many many changes. What I think is interesting is we went through adapting The Strain for comics, for Dark Horse, and it was a seamless experience. On TV you learn quick that the dynamics of a TV show are very different. 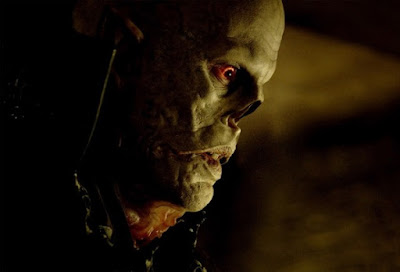 The great thing about The Master for me is that he changes bodies. And that you don't have a single actor playing him. The first time The Master is shown on the screen was not well-lit. I was doing my day job—I was shooting—and I was not on the set that day. I don't like the way it's lit. I think it's lit flat. There's no make-up that can look great. The next episode, I was there and I made sure that The Master was lit nicely. What I love about him—and it's revealed season by season, and in the books—is that he's a creature of pure hunger. Now, the TV show and the books sort of divert enough for the second season, and I think the series is going to have a different finale than the books.

I remember Mike Mignola telling me during Hellboy how weird it was for him because it was not his Hellboy. His Hellboy would never have fallen in love with Liz. Now I understand what he meant. It does feel strange to see something you did transform.

Guillén: You've asserted your belief in monsters and their capacity to save your soul; but—in consideration of last night's massacre in Nice and the 84 dead there—how does the imagination in monsters in any way address or redress the monstrosity of human nature?

Del Toro: In all my movies I always think about real monsters that are human. If you watch my movies—Crimson's Peak, Devil's Backbone, Pan's Labyrinth—the monsters are the humans; not really the monsters. That's real, saddening. We live in a brutal world. We address it by making the monsters creatures that serve a more symbolic function and that illuminate the human tale. Do you know what I'm saying? 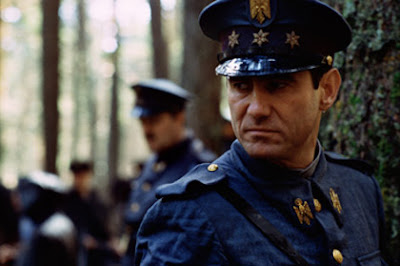 I don't address it. You talk about what you feel, like any other artist. The only important thing in art is to be yourself. Don't try to be anybody else. You can imitate, when you're young, but you should not try to impose a different range of your voice. That's why I don't try my hand at anything other than what I do. I'm not trying to do a drama about a violin player—I don't give a fuck!—to me reality can only be reached through these things. I address reality through them.

Guillén: I love listening to you because you're so funny....

Del Toro: It's the accent.

Guillén: ...which makes me curious about humor and terror and how you use humor to supplement and articulate terror? 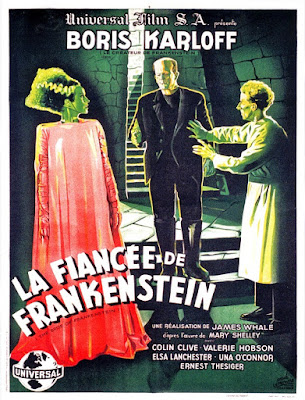 Del Toro: Well, I think they are very close, you see? For example, the audience that saw Frankenstein or Bride of Frankenstein, 30 years later those movies were funny to a separate generation. I have watched some horror movies from the '70s with an audience and people laugh. I realized that horror and terror are always on the verge of being funny—sometimes they're funny the first time—but that's my line: you always have to go close to ridicule. Because, if you don't risk it, the image doesn't have the power. You can fail or succeed. It depends on who you're connecting with.

To make a movie voluntarily scary and funny like Joe Dante, that's a separate art. It's truly an art. It requires that that is your voice. That is what you do well. I'm not good at that. I don't do that often. I love humor and I put humor in most of my movies—even something like Crimson's Peak has moments of humor in it—but, it's always close. If you watch The Exorcist, there are moments that are so enormously risky and yet they provoke horror. If you think about a prat fall by Chaplin, if that prat fall happened and his head cracked open and half an inch of brain popped out of his head, it ends up being not funny anymore. It's so close.
Posted by Michael Guillen at 7/28/2016 01:04:00 PM