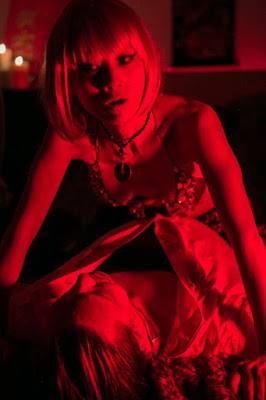 The World Premiere of Christopher Coppola's Sacred Blood (2015) at the 38th edition of the Mill Valley Film Festival proves, yet again, that blood is thicker than water. The Coppola Clan as a filmmaking dynasty is now in its fourth generation and—though IMDb lists his role in Sofia Coppola's Palo Alto (2013)—Bailey Coppola is only now being officially "introduced" in his father's SF-set vampire romance where he plays Luke, a sensitive street artist. A dead ringer for his uncle Nicolas, Bailey's lean good looks and natural presence in front of the camera promise future opportunity for the young actor who emerges as the main discovery of Sacred Blood, if not the main reason for watching this otherwise low-budget digital exercise that reworks its genre tropes dutifully, if lugubriously, making prudent use of San Francisco locations such as Yuet Lee's in Chinatown, The Condor and Caffe Trieste in North Beach, the steps of Mission Dolores, dark alleys in the Loin, and a Market Street BART station. It's always fun to recognize locations in films shot in San Francisco and Sacred Blood at least provides pleasure in that department. 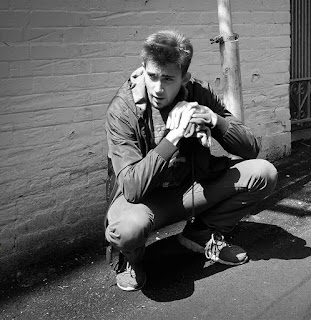 The story, as it were, involves Natia (Anna Biani), a circus sharpshooter from Soviet Georgia who runs into troubles with an itinerant act that features the moodiest poodle ever filmed. The dog is able to leap through hoops at a ridiculous height due to what her master feeds her and the fact that this poodle won't eat any of the normal food fed to the other circus animals forecasts inevitable tragedy for Natia and her family. Natia ends up on the streets of San Francisco, a vampire having to adjust to the infrastructure set in place that governs bloodsuckers by the Bay. She's swiftly at odds with a freewheeling lesbian vampire who warns Natia that Chinatown is her turf and off limits, as well as a kind of godfather figure who, coincidentally enough, runs a winery and admits to spending his life seeking "the link between the vine and the vein." Really, there's no sense in going on with a narrative synopsis because it doesn't really matter. You'll be lucky to keep your neck up above the film's atmospherics. 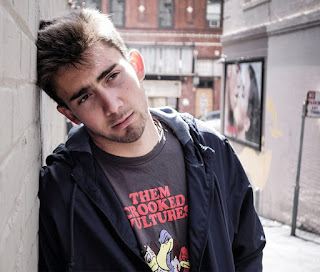 Michael Madsen steps in to offer a welcome supporting performance as a police detective (Luke's alcoholic and emotionally crippled father). Madsen's always a treat to watch as he mumbles his way through bloody crime scenes. The best bit in the film, in my humble opinion, is his interrogation of an overweight bouncer who, quite effectively, whispers all of his lines. Along with the casting of Bailey Coppola, it's one of few highlights in an otherwise tepid film. This blood runs secular and lukewarm.
Posted by Michael Guillen at 10/10/2015 01:20:00 PM