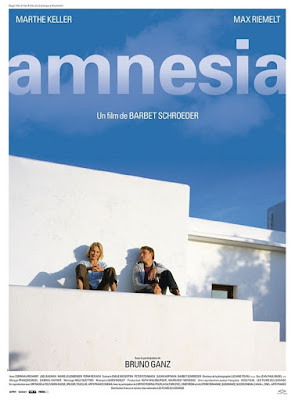 Not since Hal Ashby's Harold and Maude (1971) has an audience been asked to abandon expectations, suspend disbelief, and invest themselves in such an unusual May-September romance as Barbet Schroeder's Amnesia (2015), which had its U.S. premiere as the Centerpiece Screening for the 38th edition of the Mill Valley Film Festival, with Schroeder in attendance to dialogue with his audience.

Whereas Harold and Maude had a morbid quirkiness and the exploratory spirit of the early '70s (including a Cat Stevens score) to suffuse it with cultish cachet, Amnesia plays it straightforward and—despite a rich 6K sound design and Luciano Tavoli's stunning cinematography—suffers for stretching its believability thin.

Martha (Marthe Keller) and Jo (Max Riemelt) become neighbors sharing coastal views of Ibiza, Spain. Martha abandoned Germany in her late teens shortly after WWII, ashamed by the Nazi treatment of the Jews, refusing to speak her native tongue, let alone ride in "Hitler beetles" or drink Reisling wine. She wants nothing more to do with Germany. But then the handsome young German Jo arrives on the island with dreams of becoming a professional deejay. Despite Martha's thick German accent (which Schroeder admits was a stupid mistake that would now be too expensive to correct), Jo is oblivious to Martha's past and feels his affections grow. Keller has had an extensive career—though I'm sorry to say I'm unfamiliar with most of her credits—but I immediately recognized Max Riemelt as Wolfgang Bogdanow from the ensemble of the Netflix original series Sense8, particularly his welcome contribution to the provocative orgy scene in episode 6 of that series.

Respecting the challenges Schroeder set for himself with Amnesia, specifically making the May-September romance believable, his resistance to making theirs a sexual liaison to purposely confound expectations led to scriptural disagreement with his early screenwriting collaborator Peter F. Steinbach who wanted to "go there". I respected Schroeder's decision and expressed my interest. 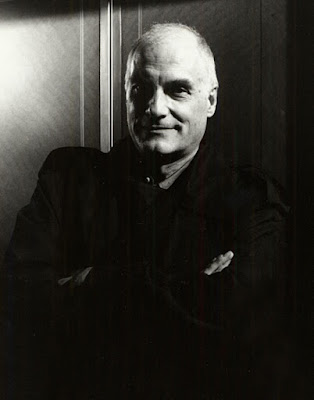 Michael Guillén: I appreciate how you have made the May-September romance unique, by way of affection rather than sex. I do want to understand Jo's motivation or what it was that he loved so much in Martha? Could you unpack that just a little bit? It seemed he himself was confused about why he was attracted to her?

The fact that Martha likes to provoke and have fun and to laugh, even to throw him in the water at the beginning just for fun, are traits of character that are light and humorous and that's what—in my mind—is what attracts him to her.