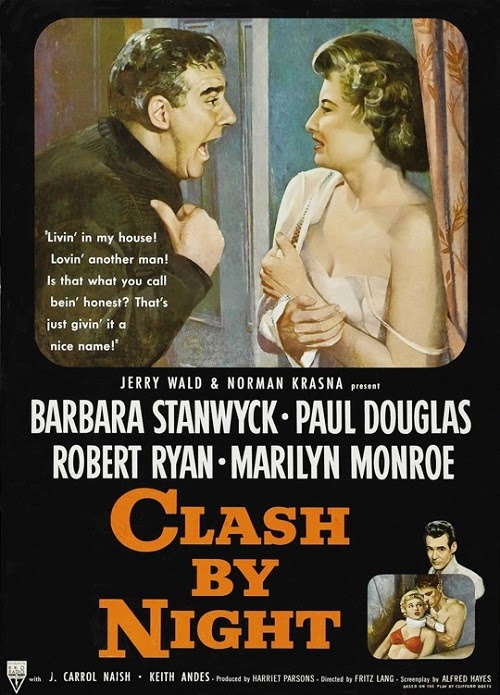 Bill Arney—the "Voice of Noir City"—prefaced the screening of Fritz Lang's Clash By Night (1952) with a testament to an old adage underscoring Noir City's thematic focus on "unholy" matrimony: "The perfect marriage is the one between a blind wife and a deaf husband."

Introducing the film, Eddie Muller proclaimed Barbara Stanwyck as the greatest actress in the history of Hollywood. "As many of you know," he qualified, "I have a soft spot for Ida Lupino who I'm willing to describe as the most talented woman in the history of the movies; but I'm giving Babs the edge when it comes to the adjective." Aware he was preaching to the choir—judging from the enthusiastic crowd present for Barbara Stanwyck night at Noir City 13 (NC13)—he presumed everyone present knew why she was the most wonderful, versatile, actress ever to step in front of a camera. "I'll put it this way," he summarized, "Meryl Streep wishes." That got a rise out of his audience but Muller (with a contentious grin) shrugged his shoulder and refused to back off. 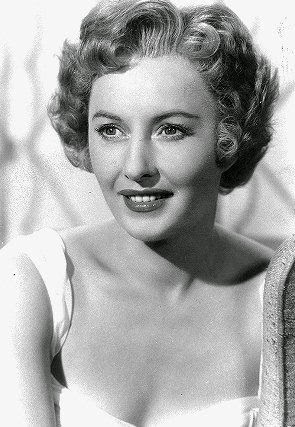 Anybody who ever worked with Barbara Stanwyck, he continued, said she was the consummate professional. There's not a single person who ever worked with her that had a bad word to say about her. She could do anything from light comedy to sexy romantic films to being the biggest ball breaker in the world. She could play all of those and everything inbetween. She had one of the longest, most illustrious, careers ever. When that career started to wane in her later years, men who really appreciated what she had to offer, like Samuel Fuller and A.I. "Buzz" Bezzerides, tailored projects especially for her with films such as Forty Guns (1957). Bezzerides, in fact, created the t.v. show The Big Valley especially for Stanwyck.

When Stanwyck made Clash by Night, she was at a traumatic point in her life because she was undergoing a difficult separation and eventual divorce from her husband Robert Taylor, which fit her character Mae Doyle in the movie. When Stanwyck would get uncomfortable with certain scenes in the film, Fritz Lang—who was known to be difficult with his female actors—said, "I think it's because of what you're going through right now with all the things that are happening in your life." This was insulting to a private person like Stanwyck, who was so offended by Lang, that she went out and nailed every scene just to "stuff it" to Fritz. 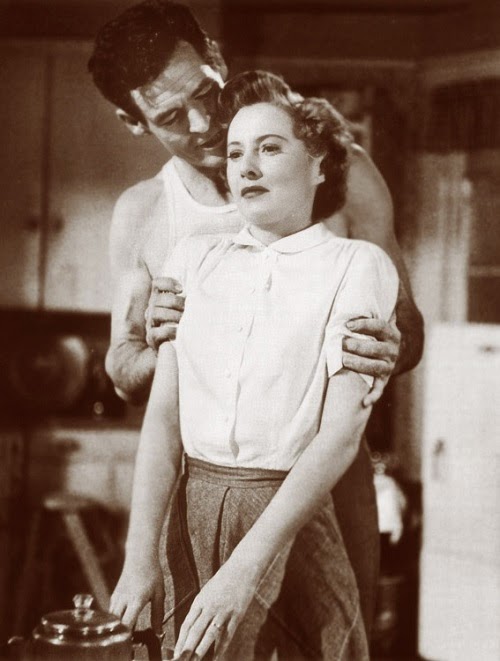 Shifting to Stanwyck's co-star Robert Ryan—who NC13 had fêted the night before with Caught (1949) and The Set-Up (1949)—Muller related that he received a note after the Ryan double-bill from a woman who complained, "Eddie, I really love your festivals but I don't understand how The Set-Up is film noir. The movie is too violent for me." In his defense, Muller said he perceived The Set-Up as a boxing movie written by Albert Camus with an existentialism leaning into noir. Having said that, he admitted that neither is Clash By Night a true noir. The reason it gets categorized as a film noir, he offered, is because of Fritz Lang, who became synonymous with film noir through such films as The Woman in the Window (1944), Scarlet Street (1945), Secret Beyond the Door (1947) and Human Desire (1954). Clash By Night fell inbetween those and so people automatically grouped it with those noirs, even though it really isn't. But it so perfectly fit the marital theme of this year's festival that Muller felt compelled to include it. "Like you need an excuse to show a Barbara Stanwyck movie," he quipped. 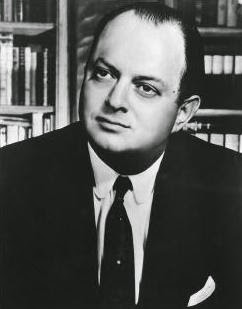 Noting there were other people involved in the creation of Clash By Night beside Fritz Lang who don't receive the credit they deserve, Muller singled out Jerry Wald, the producer of the film, who was an icon at Warner Brothers and responsible for so many terrific movies. He left Warner Brothers and entered into a deal with Norman Krasna as his partner to produce films and—"if you see me standing on this stage, you know I'm going to say his name sooner or later"—Howard Hughes. He made a deal with Howard Hughes at RKO to do 12 movies and Clash By Night was one of the first films in that package deal and the third film they did together. 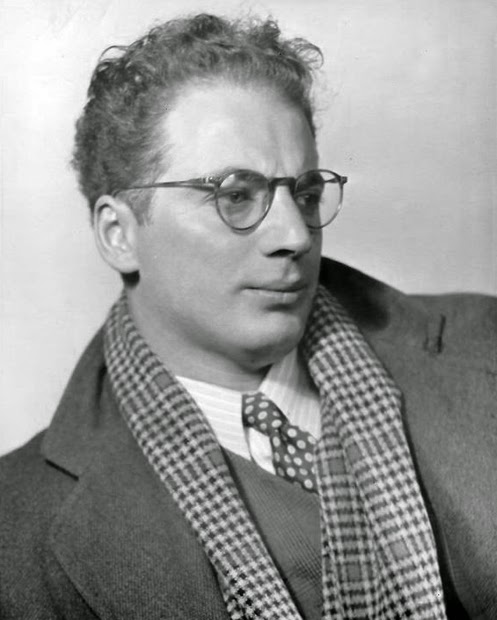 Another fascinating contributor to Clash By Night was Clifford Odets, who obviously wrote the stage play on which the film was based. Odets was one of the giant figures of left wing Broadway in the 1930s and a significant figure with plays like Waiting For Lefty (1935) and Golden Boy (1937), but Clash By Night was one of his minor plays that was purchased early on.

The screenplay for the film was written by Alfred Hayes who was one of the most fascinating but relatively unknown writers in Hollywood of this period. Hayes grew up in New York City. He was a card-carrying Communist who actually wrote a poem devoted to Joe Hill, the murdered IWW labor organizer, that became the famous folk song ("I dreamed I saw Joe Hill last night…"). He went on to be a crime reporter, a la Samuel Fuller, and served in the Office of Strategic Services for the United States in WWII, serving in Italy, where he stayed behind after the war and ended up co-writing The Bicycle Thief (1948) with Vittorio De Sica. He also worked with Roberto Rossellini on the screenplay for Paisan (1946). This was Alfred Hayes before he even got to Hollywood, at which point—because he once was a card-carrying member of the Communist Party—he was lucky to find work. When he was hired by Krasna to write the screenplay for Clash By Night, he was accepting of some of Jerry Wald's more melodramatic tendencies ("which will be on full display in Clash By Night"), but he was a much more understated writer than that. Notwithstanding, Clash By Night is a fascinating screenplay that throws out most of Odets' stage play except the basic narrative triangle. In 1957, Hayes wrote one of the great Hollywood novels, My Face for the World to See, an absolutely fantastic book, only 137 pages long. "You can slip it in before tomorrow night's show," Muller encouraged. Also interesting to note is that this melodramatic screenplay was no problem for Stanwyck and Robert Ryan to handle and turn into a believable drama. The third part of the triangle, Paul Douglas, was a former sportscaster turned actor who showed up on stage in Born Yesterday on Broadway with absolutely no acting experience whatsoever before emerging as a star.

Yet another interesting addition to the cast, of course, was Marilyn Monroe in one of her earliest, challenging roles. On set she was a pain in the ass, as she legendarily was, and Fritz Lang would have eaten her alive were it not for Barbara Stanwyck being so patient and kind, making sure that—if Barbara Stanwyck wasn't getting her nose out of joint because of Monroe—no one was allowed to get their nose out of joint. She was protective of Monroe, who delivered a fine performance.
Posted by Michael Guillen at 2/01/2015 03:17:00 PM