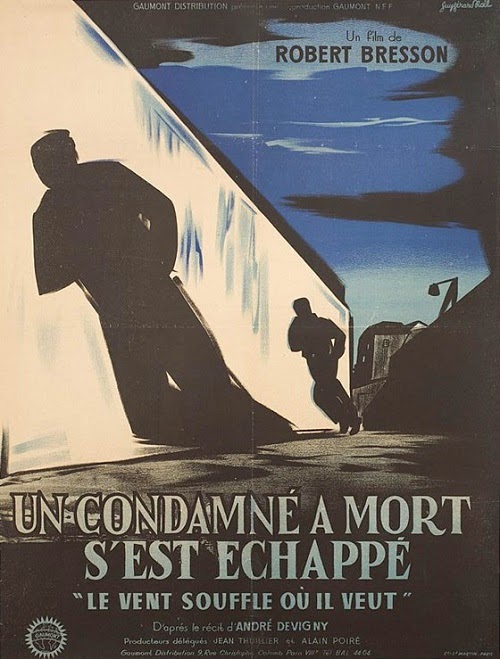 As an appropriate segué from last November's wildly successful French noir series "The French Had A Name For It", the opening night double-bill for "A Rare Noir Is Good to Find" (running Thursday-Monday, March 19-23, 2015, at the Roxie Theater) is encaptioned "Vive La France!" and pairs Robert Bresson's Un Condamné À Mort S'est Échappé (A Man Escaped, 1956) with Denys de La Patellière's Retour De Manivelle (There's Always A Price Tag, 1957). One celebrates escape while the other denies the possibility.

As Donald Malcolm lays out in his program notes: "A Man Escaped is singularly revered French director Robert Bresson's first overt acknowledgment of film noir as a narrative / stylistic force. (He would follow up on this in 1959's Pickpocket.) This tense tale of a French political prisoner methodically planning his escape from a Nazi prison is justifiably considered a world classic, though its self-contained perfection seems to prevent it from being screened as regularly as it should be. Bresson's masterful use of non-actors reminds us of the intersection between noir and neo-realism; however, Bresson was using such techniques even before neo-realism first flourished in Italy immediately after WWII."

Included in the Criterion Collection, A Man Escaped has been given Criterion's full treatment, including Tony Pipolo's valuable essay "A Man Escaped: Quintessential Bresson", Kate Elmore's list of 10 things she learned from watching A Man Escaped, David Bordwell and Kristin Thompson's visual essay (which details how a variety of sound techniques can function throughout an entire film), and a visual essay that poses three reasons for watching the film.

Reams have been written regarding Bresson's body of work and A Man Escaped in particular so I'll simply aggregate some recommendations and move on. Though it hasn't been updated in a few years, robert-bresson.com remains essential and Doug Cummings reviews A Man Escaped with customary depth and insight. Likewise relevant and requisite would be Alan Pavelin's contribution to the Great Directors database at Senses of Cinema; the Offscreen tribute to Bresson with Pierre Pageau's focus on A Man Escaped; Gary Morris's write-ups for Bright Lights Film Journal and Images; Acquarello's reviews at Strictly Film School; Kent Jones's Film Comment introduction; Sarah Jane Gorlitz's Kinema essay "Robert Bresson: Depth Behind Simplicity"; Colin Burnett's Academia.edu essay "Bresson in the 1930s: Photography, Cinema, Milieu"; filmmaker kogonada's visual essay on Bresson's use of hands in his films, and the film's trailer.

Considerably less has been written in English about Denys de La Patellière's Retour De Manivelle (There's Always A Price Tag) so let's start first with Donald Malcolm's synopsis: "A more conventional noir situation is found in Retour De Manivelle, which features an icy twist on the 'collect off the corpse' sub-genre. There's something quintessentially French about a cold-hearted wife attempting to make suicide look like murder—the exact opposite of so many of these schemes! 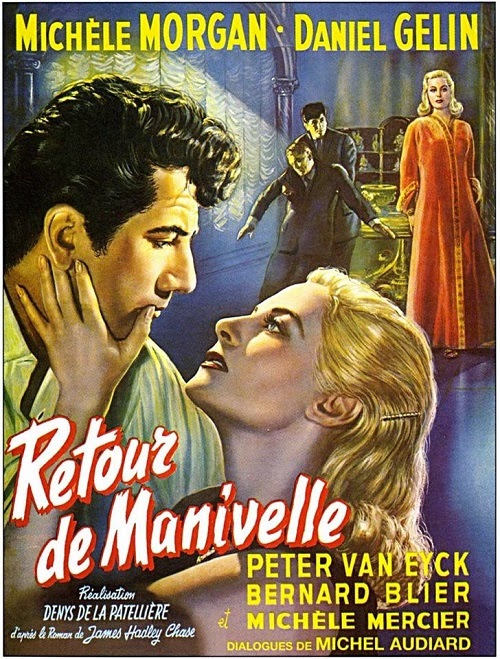 "The luminous, almond-eyed Michèle Morgan, remembered most by American noir aficionados for her selfless portrayal of the long-suffering wife of a semi-unhinged mob boss in Arthur Ripley's The Chase (1946), takes the temperature reading of frigidity down to absolute zero—despite her suggestive boudoir poses that capture the lower half of men's imaginations. In this case, that man is Daniel Gélin, France's composite 'answer' to Marlon Brando, John Garfield and Dustin Hoffman, a down-on-his-luck artist who walks into a viper's nest when he rescues Morgan's suicidal lout of a husband (Peter Van Eyck) and lands a job as the doomed man's chauffeur.

"Needless to say, Gélin (a man whose off-screen life was, if anything, messier than what his character endures here) is taken for a ride that he (and the audience) could never have anticipated. The alternate title for Retour De Manivelle is There's Always A Price Tag (taken from the source novel by James Hadley Chase, England's answer to James M. Cain)—and truer words have never been spoken." 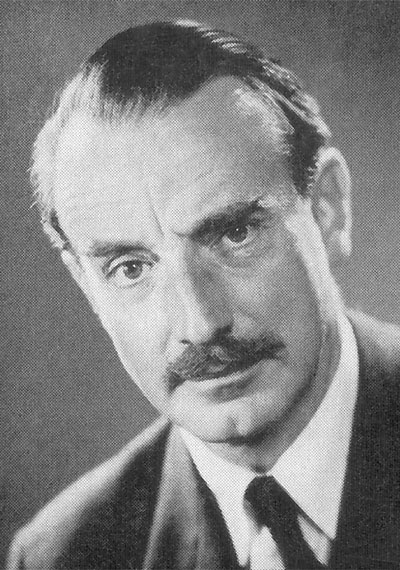 Inspired by reading James M. Cain's The Postman Always Rings Twice, James Hadley Chase became a prolific writer, penning 90 novels, 50 of which have been adapted to film, including two of my favorites from the Roxie's French noir series—Une manche et la belle (Kiss For A Killer, 1957) and Chair de Poule (Highway Pickup, 1963). It's then, perhaps, no wonder that I found Retour De Manivelle such a satisfying noir with all the characteristics I appreciate in noirs: a femme fatale, a chump manipulated into an inescapable cul-de-sac, and a bleak misogynistic attitude that capsizes love into ruthless passion. Chase's pulp thriller There's Always A Price Tag was published in 1956. Some speculate it took its lead from Cornell Woolrich's The Black Path Of Fear (1944), whose filmic adaptation The Chase (1946)—coincidentally enough—starred Michèle Morgan during her brief stint in Hollywood. 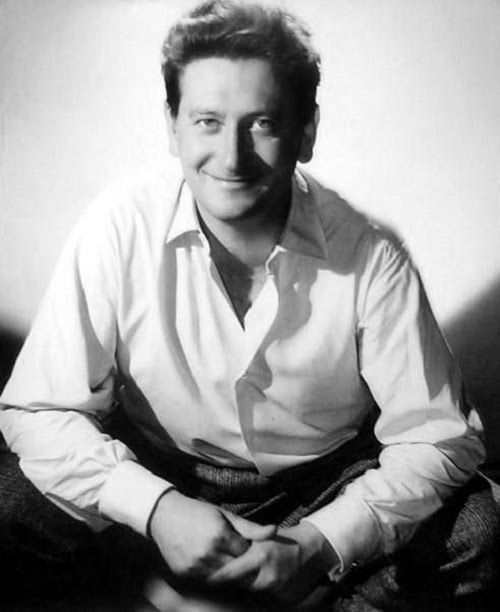 Denys de La Patellière pounced on There's Always A Price Tag to deliver Retour De Manivelle a short year later, converting its original setting from a Hollywood mansion to a luxurious villa in Saint-Jean-Cap on the French Riviera. Known for his escapist entertainments (often starring Jean Gabin), de La Patellière was one of those French directors—as Donald Malcolm detailed in our conversation for "The French Had A Name For It"—whose emulation of Hollywood noirs rendered him unfashionable with the advent of the Nouvelle Vague, which purposely sought to break allegiances with American filmmaking. 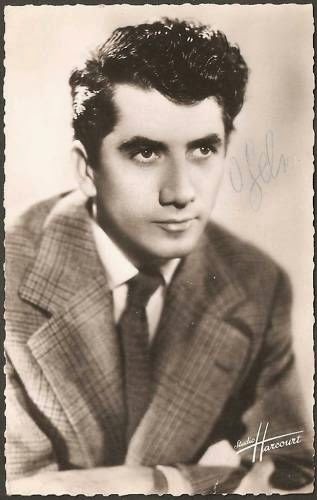 As Malcolm further suggested in our conversation, despite that petulant rupture in French filmmaking, "We're now in a position to rediscover who was working at the same level as the Hollywood actors we are accustomed to and have internalized in America. These actors and actresses are cooking with the same gas—maybe better gas in some ways than what we have here." Such would be the case with Daniel Gélin whose "uncouthness" had him expelled from college, but which benefited his filmic persona. As the rough-thumbed roustabout Robert Mabillon, Gélin learns—as Oscar Wilde forewarned—no good deed goes unpunished. He rescues well-to-do Eric Fréminger (Van Eyck) from a drunken suicide attempt, drives Fréminger home, is rewarded with employment as Fréminger's private chauffeur, and swiftly begins to think of how this unexpected windfall might benefit him. As the saying goes, that's what he gets for thinking for himself. Once he meets Fréminger's quarrelsome wife Hélène (Michèle Morgan, as an emasculating blonde), fate kicks into second gear. Hélène doesn't like him much and wants him gone, but Mabillon doesn't take to being told what to do, especially by an attractive woman, and he ignores Wilde as much as he ignores Walter Scott who cautioned: "Oh, what a tangled web we weave ... when first we practice to deceive." 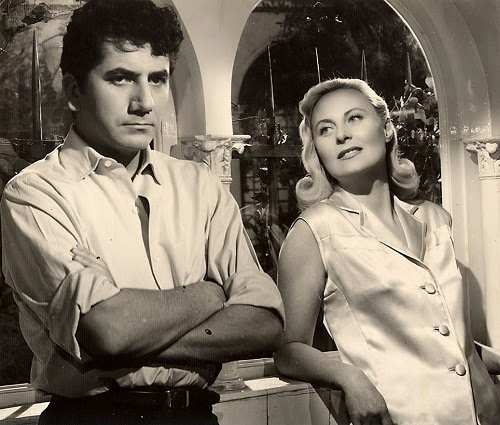 Deception becomes the downhill gradient on which this narrative flows, sourcing from the embittered fount of Hélène Fréminger, a woman who has wearied of marketing her wiles in a patriarchal world. "All my life I've been a thing," she tells Mabillon, "that people can buy, that they use. I've had enough. I've always had enough." True to Anastasia Lin's "bend or break" thesis (in her program essay "Feminism Without Feminists" for the Roxie's French noir series), Hélène Fréminger is a woman who "understands power, class, and gender in ways that a political science professor can only hope to do. What makes it noir, of course—and 'French' noir to boot—is that none of that truly impressive knowledge and understanding winds up doing her any good." 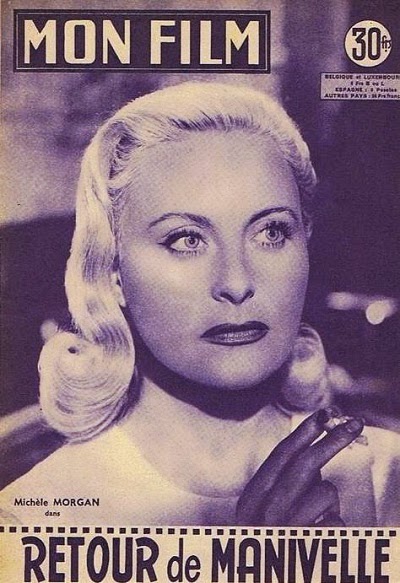 Having used her comeliness to navigate the needs of men, Hélène has come to loathe men for the predictability of their physical appetites, and the ease with which she can use their hunger to advance her schemes. The passion she and Mabillon feel for each other as they set out to secure her husband's insurance money converts swiftly into distrust, disgust, and betrayal. In one of their most telling exchanges, Mabillon has just thwarted Hélène's thinly-guised attempt to do away with her husband and confronts her in her bedroom:

Hélène Fréminger: Is it an insult?

Hélène Fréminger: Don't use up the word. You might want it later. It was always said to me as a word of love. 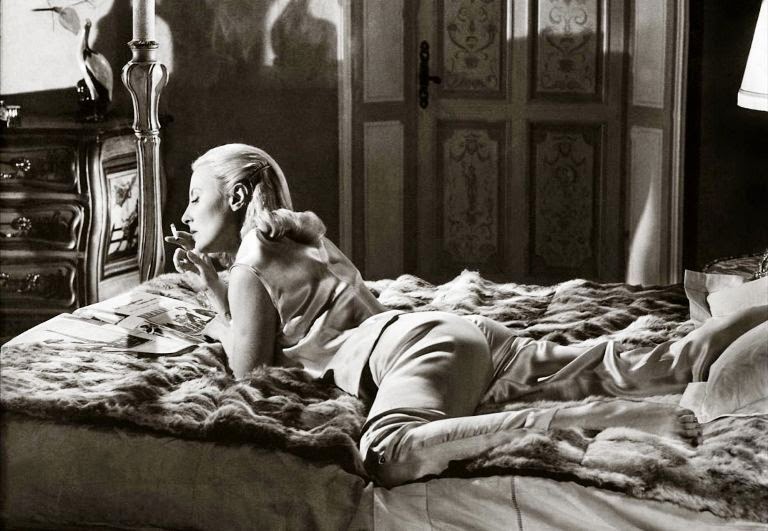 She hates men, he distrusts women, and therein lies their complicit, if antagonistic, desire. A young maid Jeanne (Michèle Mercier, in an innocent pre-Angélique debut) is unwittingly brought in to further the duo's scheme but serves to remind Mabillon of everything he hates about Hélène, which is in essence everything he loves. Trapped in a corner, Mabillon's misogyny seeps to the surface as he sets out to destroy both women, albeit unconsciously. Jeanne's victimization in this film ironically predicted Mercier's own fate with men during the course of a career blemished by the success of Angélique, marquise des anges (1964). Add a deliciously droll performance by character actor Bernard Blier as a police inspector who's smarter than he lets on and a comic touch is added to the suspense building to its inevitable "icy" twist.

This double-bill is, at once, a primer on the forces during WWII that affected cultural attitudes throughout Europe and specifically France after the war—attitudes that don't escape as successfully as the prisoner Fontaine in Bresson's classic. That film's triumphant ending segués into the unflinching fatalism of Retour De Manivelle, and many other disillusioned films throughout the world represented in this series. Highly recommended, but not for the faint of heart. Then again, noir never is.
Posted by Michael Guillen at 2/23/2015 10:38:00 AM