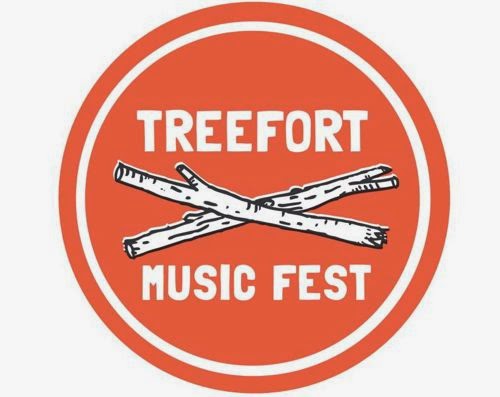 Anyone who knows me well knows that I'm in my element in the conduit between San Francisco, California and Boise, Idaho, monitoring the cross-pollinations flourishing in that high-trafficked corridor in the realms of writing, film and music. This year Treefort Music Fest is featuring no less than 23 bands from the Bay Area coming up to share what they've got with Boise and the range of talent is formidable—from sonic noise to synth pop, with a variety of musical explorations inbetween.

Representing Berkeley with lyrical rap / hip hop is Lyrics Born, i.e., Japanese American rapper and producer Tsutomu "Tom" Shimura who gives Stephen Sondheim a run for his money with his word tsunamis; a style he's developed with underground hip hop artist Lateef the Truthspeaker in their duet act Latryx. Originally known as Asia Born, Shimura changed his moniker to Lyrics Born in 1995 to emphasize his talent and not his ethnicity. His first solo album Later That Day came out in 2003 (spawning the regional hit "Callin' Out"), followed by Everywhere At Once (2008), and As U Were (2010). Treefort's bound to hear samplings from all those efforts (I'm hoping for his soulful "Lies X 3" from As U Were), but keep a ear out for tunes from his upcoming release Real People (2015): "Hey Baby, they Call me Sir Racha because I'm hotter than fire...."

Also from across the Bay—that would be Oakland—Mwahaha suggests a potential set of villainous laughter, but instead—as Treefort's website puts it—the band sounds "something like acid-dropping monks bellowing Gregorian chants tinged with a starburst of color." They played Treefort in 2012 and return strengthened by accolades gathered on tour and the energy of a new album in the works. Representative of the winning collaborations in high gear in Oakland's music scene, their sound is full and accomplished, at once on the psychedelic edge, ready to expand out into electronica, but reined in by petulant pop harmonies. It's a hypnotic mix.

From the City Proper, I'd recommend Geographer. Frontman Michael Deni has a shy and hauntingly beautiful voice. Geographer's first album Innocent Ghosts was Deni's soulful way of processing family tragedy, garnering him local and national attention. including a shout-out from Spin magazine who voted the band one of three "undiscovered bands you need to hear now". Next came their 2010 EP Animal Shapes, and their follow-up album Myth in 2012. "I'm Ready" is the first single released from their upcoming album Ghost Modern, whose tracks will arrive ready for the road at Treefort. How lucky are we?

Talk about chops, lead singer Octavio Genera of The Soft White Sixties commands retro R&B on the contemporary stage, buoyed by the driving sound of Aaron Eisenberg (guitar/keys), Ryan Noble (bass), and Joey Bustos (drums). You'll want to belt down a whiskey, smoke a cigarette and just be bad after listening to these guys. The Soft White Sixties followed up their 2011 EP with last year's Get Right. Word has it they've perfected the live performance of those tracks during a year of touring and those who catch their act at Treefort stand to benefit.

If The Soft White Sixties give off a bad boy vibe, the Tiaras counter with sweet weird power-pop that begs for bopping on the dance floor. They've self-released their first album on the Mt. St. Mtn. label, a limited press of only 300 copies, and though the track "Thought I Could Know" can be heard at Soundcloud, and they've released a video of "Anyone and Everyone", it appears that seeing them live is the only way to hear their full set: necessary, and fun.