READY FOR HIS CLOSE UP: THE FILMS OF BILLY WILDER—ROSENBAUM ON WILDER 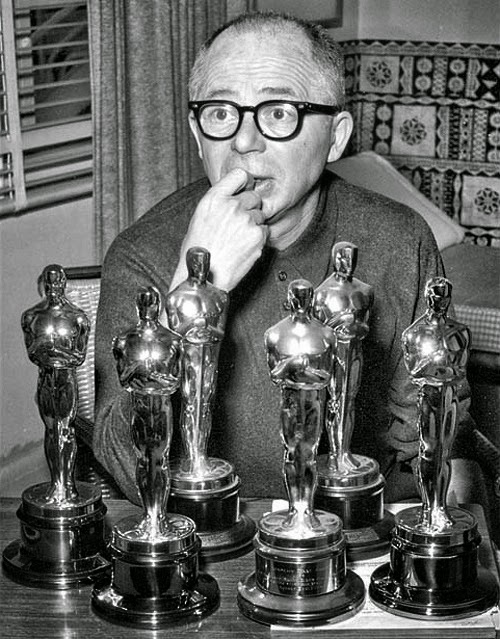 The Pacific Film Archives retrospective series "Ready For His Close-up: The Films of Billy Wilder" kicks off tomorrow evening with a 4K digital restoration of Sunset Blvd. (1950) and continues through February 28, 2015 when it wraps up with a 35mm print of The Private Life of Sherlock Holmes (1970). It's a nearly even tug-of-war between DCP and 35mm projections in the series, so—dependent upon how much of a celluloid purist you are—it's advisable to double check PFA's website. Several of Wilder's signature favorites are present—Sunset Blvd., Double Indemnity (1944), The Seven Year Itch (1955), Ace In the Hole (1951), Sabrina (1954), The Lost Weekend (1945), Some Like It Hot (1959), and The Apartment (1960)—with a few lesser-known titles to round out the series. As Steve Seid states in his introductory essay: "There are two sides to every coin. The superlative American director Billy Wilder worked the fine, serrated edge between—between dark noirs and ribald comedies, between blithe romance and sorrowful drama. Maybe he was just a realist who saw our lofty aspirations compromised, time and again, by our glaring limitations: somewhere in between is the joke and the crying shame." 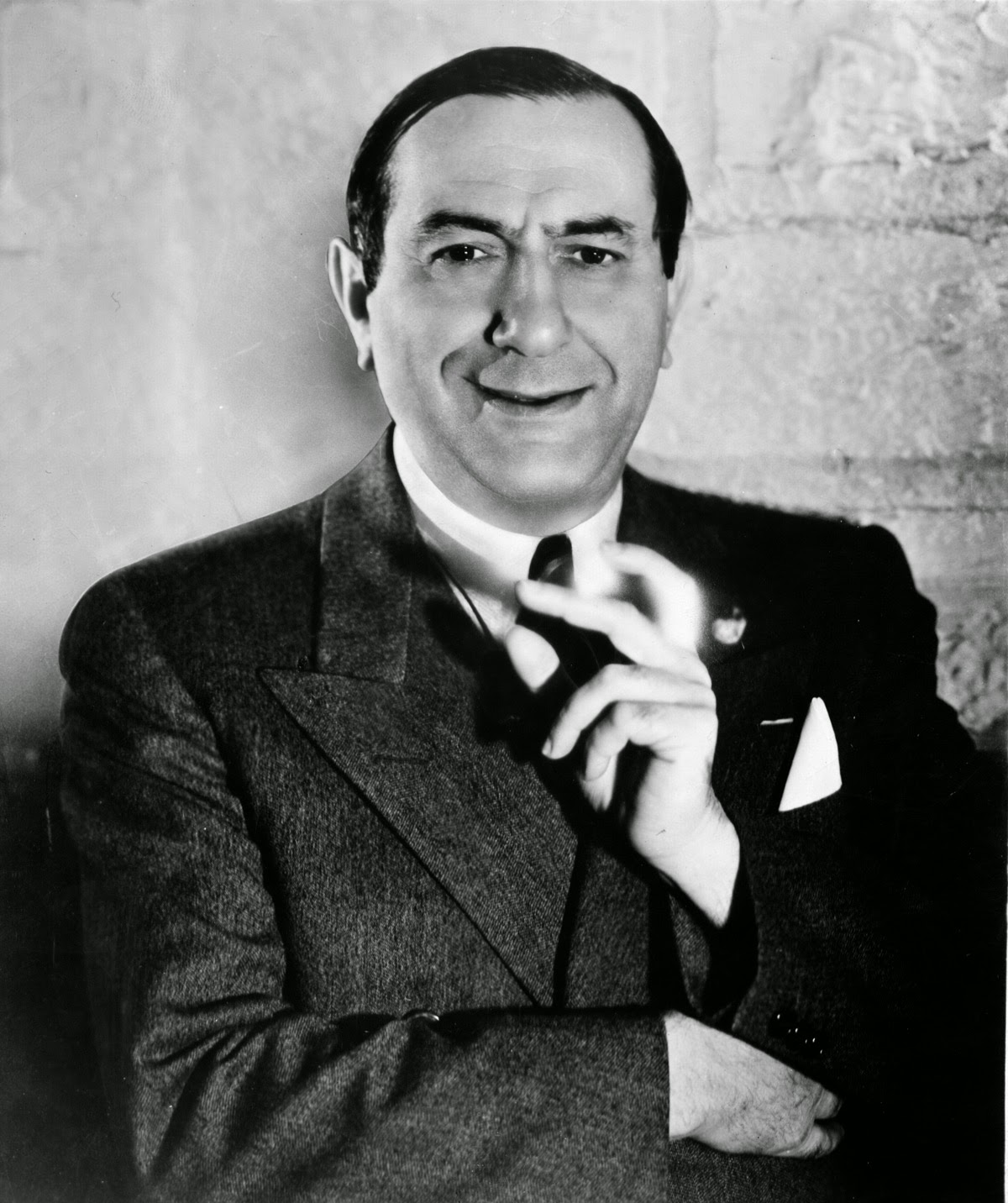 Included within the series is Ernst Lubitsch's Ninotchka (1939), where Wilder's collaboration with Charles Brackett on the script helped launch his career in Hollywood. Often mentioned as a "major disciple" of Lubitsch, in fact, by no less than Jonathan Rosenbaum who compared the two in his Stop Smiling essay "Sweet and Sour: Lubitsch and Wilder In Old Hollywood" (replicated on his website). "Wilder, a Viennese Jew, used Lubitsch, a Jew born in Berlin, as a major reference point throughout his filmmaking career," Rosenbaum asserts, "and to what degree he succeeded as well as failed in emulating his master" is the main issue addressed in Rosenbaum's essay. One presumes that what Wilder is emulating is the oft-cited "Lubitsch touch", which Rosenbaum partially identifies as not "so much a touch as a kind of guarded embrace. It was actually a vision—a way of regarding his characters that could be described as a critical affection for flawed individuals who operate according to double standards." Particularly in his comedies. This can be readily traced to Wilder's own comedies—less sweet than Lubitsch and more sour and misanthropic, even cynical (thus the essay's title)—which employ "the double standard that drives his characters into elaborate and often tortured deceptions."

In his review for A Time To Lie, Rosenbaum expands that lies and their eventual exposures were given "moral weight" in Wilder's comedies involving deceptions in the 40s, 50s, 60s, and 70s, from A Foreign Affair to The Seven-Year Itch to Kiss Me, Stupid to The Front Page (among several others). Rosenbaum notes that Wilder "was often accused of cynicism for creating heroes who were so willing to deceive."

In his review for Housesitter, Rosenbaum again associates Wilder's comedies with "the baroque complications that grow out of elaborate lies. The first Wilder examples that spring to mind are The Major and the Minor; Some Like It Hot; One, Two, Three; Kiss Me, Stupid; The Fortune Cookie; and Avanti!. The lies in these movies are about age, gender, politics, prostitution, physical injury, and adultery." 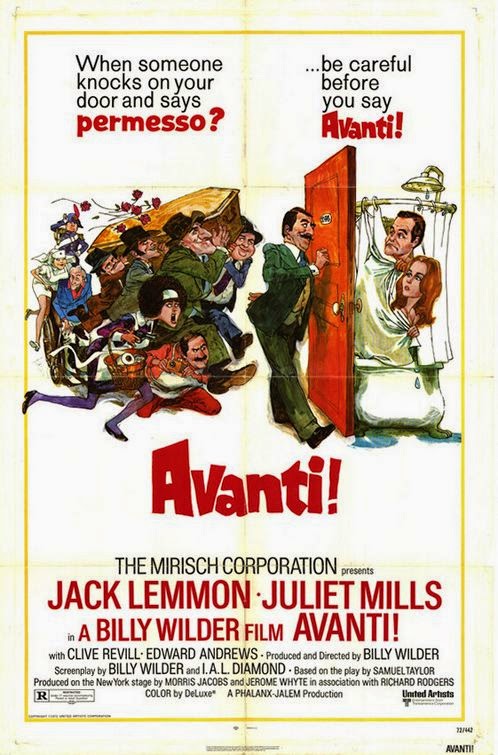 It's unfortunate that Avanti! is not included within the PFA series as this is Rosenbaum's admitted favorite and—when I asked him which of his writings on Wilder he would recommend—he offered his essay "The Sour Journalist and the Sweet Romantic: Billy Wilder in Avanti!", available at his website. What's of immediate interest in his "sweet and sour" ascription is that it has transferred from the Lubitsch / Wilder interaction to rest fully within Wilder himself, though even Rosenbaum himself qualifies: "It would needlessly oversimplify Billy Wilder's oeuvre to reduce it to the dialectical play between two fundamental traits—his journalistic training and instincts on the one hand, which tend to be vulgar, explicit, and critical, and his romantic emulation of the style and vision of Ernst Lubitsch on the other hand, which depends more on ellipsis, suggestion, and lyrical appreciation. I doubt, for instance, that Some Like it Hot (1959) or The Private Life of Sherlock Holmes (1970), two very different masterpieces, could be adequately accounted for by this formula. Nevertheless, the interaction between these two particular strains in Wilder's work still seems to account for a great deal of what remains vital and enduring about his gifts as a writer-director."

Irregardless of the fact that his focus is on Avanti!, this essay by Rosenbaum is immensely helpful in situating the strengths and weaknesses of several of the titles in the PFA series and is highly recommended reading. Further insight on a similar gradient can be found in Rosenbaum's Chicago Reader review of Wilder's Kiss Me, Stupid.
Posted by Michael Guillen at 1/14/2015 06:55:00 PM