Raymond Martinez Fernandez and Martha Jule Beck were an American serial killer couple who murdered as many as 20 women during a killing spree between 1947 and 1949. After their arrest and trial for serial murder in 1949, they became known as "The Lonely Hearts Killers" for meeting their unsuspecting victims through lonely hearts ads. They were executed by electric chair in 1951.

In 1969, Leonard Kastle wrote and directed his one and only feature The Honeymoon Killers starring Shirley Stoler and Tony Lo Bianco as the nefarious (if celebrated) couple and it's perhaps the entry I'm most anticipating in Noir City's 2015 line-up, having only seen Arturo Ripstein's Deep Crimson (1996), his Hispanicized and stylishly melodramatized adaptation of these events. Neither have I seen Todd Robinson's Lonely Hearts (2006). Anticipating Noir City, however, I made a point of not missing Fabrice Du Welz's Alléluia (2014) at the 26th annual Palm Springs International Film Festival (PSIFF), which—as a Belgian entry—was included in PSIFF's World Cinema Now sidebar, as well as being featured in PSIFF's newly-launched and edgy "Breaking Waves" program.

Alléluia screened as part of the Directors' Fortnight section at the 2014 Cannes Film Festival, where Variety's Peter Debruge noted: "Belgian director Fabrice Du Welz makes good on John Waters' prediction that the trashy cult classic The Honeymoon Killers was due for an Internet-era remake." Updating the tale's lonely hearts ads to online dating, Alléluia delivers its "cautionary satire" in unsettling co-dependent spades. Debruge adds: "Du Welz's interpretation serves as an expertly calibrated dismantling of Hollywood's perfect-couple myth, suggesting that love—especially that which borders on obsession—can sometimes be the most toxic force on earth." At The Hollywood Reporter, Boyd van Hoeij's bottom line: "Two rock-solid performances, gritty cinematography and an impressive mise-en-scene make for a great movie." 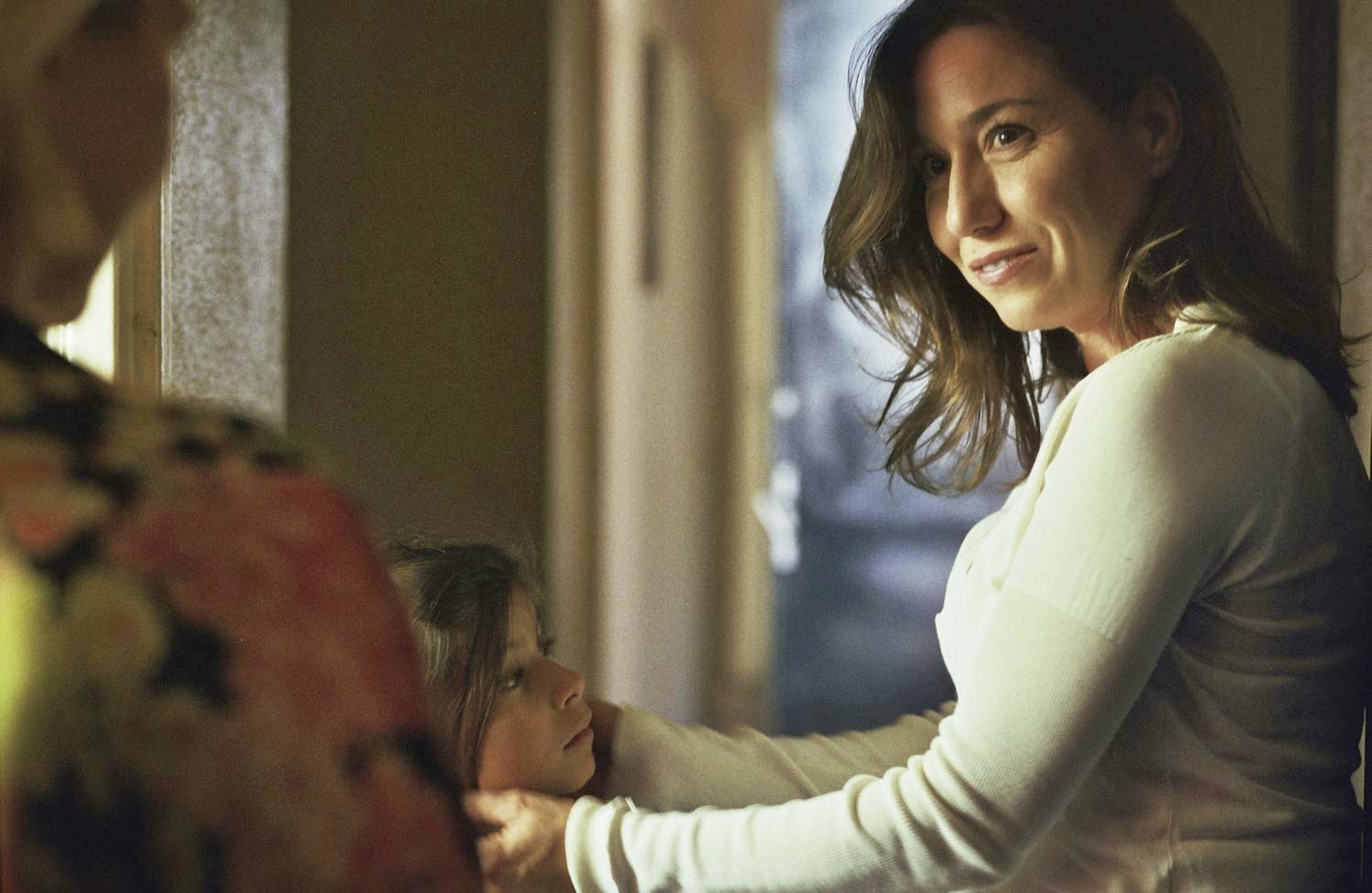 Alléluia next screened in the Vanguard program at the Toronto International (where David Hudson picked up a few reviews at Fandor's Keyframe Daily, as did Critics Round-Up). At A.V. Club, A.A. Dowd dubbed the film "spectacularly crazy" and "grisly, darkly comic stuff", praising its star duo Laurent Lucas and Lola Dueñas as embodying "these infamous maniacs with can't-look-away conviction." At MUBI's Notebook, Daniel Kasman observes: "Shot close in intimate 16mm, the film juggles tones deftly to capture the loneliness, desire, horror, humor, and absurdity in an amour fou between two single sociopaths who find in each other an intense, primal attraction. But both persons are so distorted, and the love between them thereby turning so distorted, that it leads not to the greatest, strangest love affair—though you could call it that, I suppose—but the most perverse: the man sets up a scheme to seduce and rob women, and the woman, quickly beset by manic jealousy, to kill them." At Cinema Scope, Blake Williams writes: "Fabrice Du Welz's present-day reiteration (complete with online dating) is a formally sleek study of looming insanity, and is prone to innervating jolts of hysteria; it also contains one hell of a balls-out performance by Lola Dueñas. And while it may ultimately go down in memory as that film in which Laurent Lucas mimics Humphrey Bogart's hippo call from The African Queen, its conflation of the ridiculous with the sublime is this neo-extremist's most admirable and stirring manoeuvre to date." Last, but never least, Girish Shambu adds: "The 'termite-art' highlight of the festival. Every frame of this film seems to simultaneously carry a fierce awareness of its meager resources and an imaginative response to it. Most of Alleluia (and almost the entire first half) is shot in close-ups of never-ending invention: partially and playfully lit frames, frames divided into zones, expressionist pools of color, bold graphic strokes, starkly inscribed silhouettes." 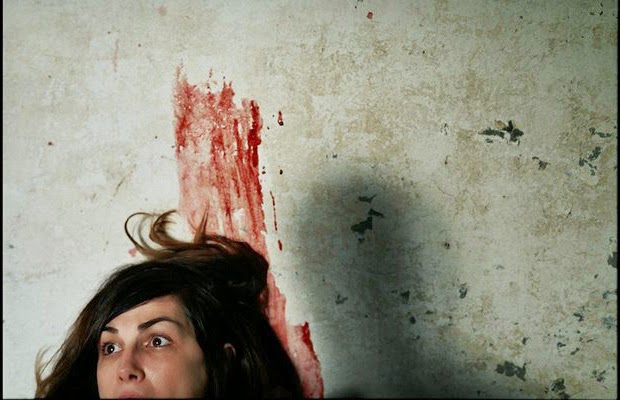 Alléluia then bolstered its festival pedigree at Austin's Fantastic Fest where it won Best Film, Best Director, Best Actress and Best Actor. Notwithstanding, it was perhaps one of the most sparsely-attended screenings I caught at PSIFF, emphasized by its being projected in the Camelot's largest theater, but—as someone who enjoyed the film—I was glad to see it on that giant screen, slight audience be damned. Alleluia is raunchy and rollicking dark fun whose visual flourishes I relished at every chaptered turn.

As noted in the PSIFF program note: "Courtship is an arcane ritual and love demands blood sacrifices in Fabrice Du Welz's gloriously deranged retelling of the ripped-from-the-headlines cult classic, The Honeymoon Killers. The sordid, sinister tale of two serial killers who swindled and butchered 'lonely hearts' in the late 1940s gets an inspired update here. When a lecherous scam artist (Laurent Lucas) seduces a desperately needy mortician (an elemental Lola Dueñas) through an online dating site, he can't conceive of the impulses he's awoken within her. Her fierce devotion to him is rivaled only by her emotional volatility, leaving her as unchecked as a severed artery. As the lovers embark on a Grand Guignol-like odyssey, Du Welz weaves a dark cinematic spell, amplifying the depraved passion until this dizzying affair grows obscenely operatic." 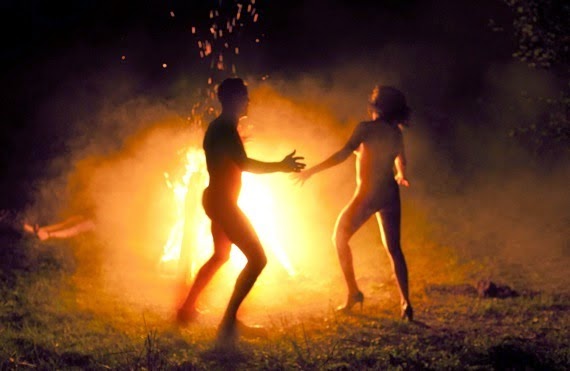 I've only a few notes to add. In researching Fernandez and Beck, after his World War II service, Fernandez sought work aboard a ship bound for America where a steel hatch fell on top of him, fracturing his skull and injuring his frontal lobe. After his hospitalization, he was arrested for theft and imprisoned for a year, during which time his cellmate allegedly taught him voodoo and black magic. He later claimed black magic gave him irresistible power and charm over women. I'm anxious to see how this plays out in Kastle's film—it's downplayed in Ripstein's—but is front and center in Alléluia where Michel (Laurent) prepares for his first date with Gloria (Dueñas) by performing an "arcane ritual" to The Elementals. In his Hollywood Reporter review, van Hoeij notes "all of Du Welz's films feature religious rituals, often to fill a void in the life of the characters" so it's perhaps no surprise that he should capitalize on this detail. It's fanned into flame when Gloria later joins him in the ritual and they are envisioned dancing naked and silhouetted in front of a raging bonfire: desire as a form of demonic (daemonic?) possession.

With regard to that first meeting between Michel and Gloria, staged at a chic restaurant, which Boyd van Hoeij describes as having "the precision of a military airstrike", he likewise details the encounter: "Michel talks a lot and ladles on the gentlemanly charm like nobody's business, while Gloria says little, at once shy and mesmerized by this man. Initially, the handheld camera looks at the couple in profile, going back and forth from one face to another in a single take, which stresses the distance and void between them across the table. But halfway through the conversation, over-the-shoulder shots and reverse shots fuse the two together, as the eye of the person opposite looks straight at the face of the other, whose head is seen from the back in the same shot." Although van Hoeij is the only reviewer I've read to actually use the term mise en scène, he appears to do so predominantly by way of Manu Dacosse's cinematography, emphasizing grit and grain and "numerous intense close-ups allowing the actors to turn their deranged characters into frighteningly three-dimensional human beings." But I would here apply Adrian Martin's proposed "social mise en scène" as a tool to best understand this sequence, which I've recently gleaned from his important study Mise en Scène and Film Style: From Classical Hollywood to New Media Art (Palgrave Macmillan, 2014). 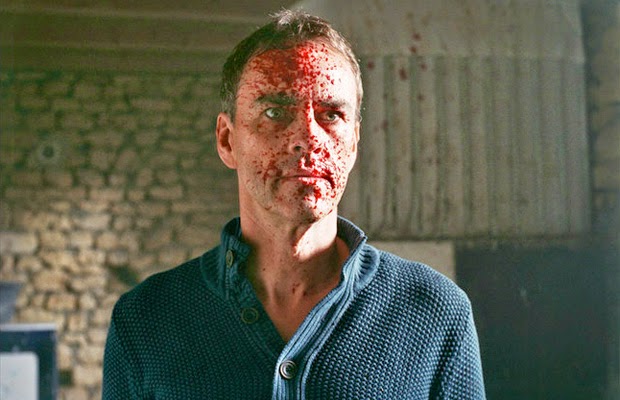 Martin details the conceptual underpinnings of social mise en scène in his chapter "A Detour via Reality: Social Mise en Scène" (pp. 127-154), pointing out that—though it is not a totally new idea in film studies—it's an overlooked path. "With social mise en scène," he writes, "rather than going directly or primarily to the unique, idiosyncratic sensibility or world-view of the maker, we attend to the newly grasped raw material of social codes, their constant exposure and deformation in the work of how a film articulates itself. In particular, it allows us to zero in on something specific: known rituals that are recreated, marked, inscribed in the flow of the film, usually in order to be transformed." (2014:134)

To clarify his argument, he utilizes the listening booth sequence in Richard Linklater's Before Sunrise (1995) where Celine (Julie Delpy) and Jesse (Ethan Hawke) listen to Kath Bloom's "Come Here"—"a play of stolen glances and half-hidden smiles" (p. 135) that register their awkward attraction and stylistically plays out the tension between private feeling in public space. Boyd van Hoeij could just as well have been consciously using the term social mise en scène when describing how Dacosse's camera "stresses the distance and void between them across the table."

Finally, I assert that my favorite sequence in Du Welz's Alléluia is the intricate citation of the dynamics between Charlie Allnut (Humphrey Bogart) and Rose Sayer (Katherine Hepburn) in John Huston's The African Queen (1951) where—as Debruge has intimated in his Variety review—the lamination of Michel and Gloria's relationship upon that cinematic pair reveals an inappropriate identification that at the same time dismantles the Hollywood ideal. The intercutting of laughter is brilliant, and poignantly sobered the moment Michel points out to Gloria that you can see in Bogart's eyes the pain of his cancer and his awareness of impending death. I felt tremendous sadness in this sequence, realizing how much Michel and Gloria both dreamed of a "normal" (i.e., romanticized cinematic) life they were never destined to have.