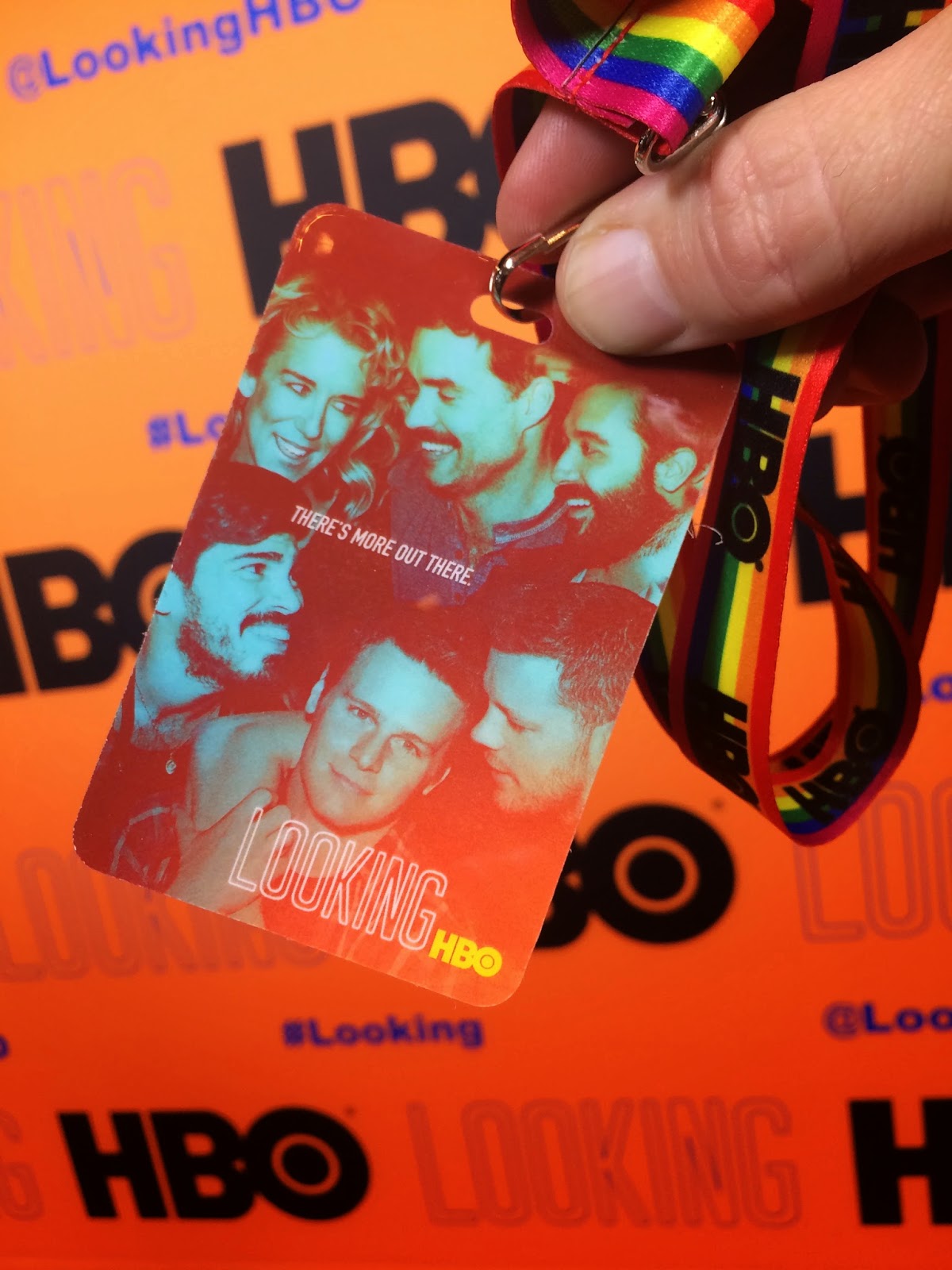 The first episode opened with a trip to the Russian River where Patrick (Jonathon Groff), Agustín (Frankie J. Alvarez) and Dom (Murray Bartlett) go to detox and chill out in Dom's older boy friend's cabin in the woods. When Doris (Lauren Weedman) arrives, it quickly turns into a "molly"-induced frolic in the forest complete with gay-boy bears and faeries dancing and fucking in the redwoods. It is a pleasant romp. Adding interest was an appearance of AIDS in the first episode. Dom finds photos of his boyfriend's long-dead lover.

The hallmark and strength of Looking is the utterly natural, effortless way the cast interacts with each other even when they are in conflict. I asked Alvarez how much leeway the cast had to improvise. He responded, "It's more like embellishing. The scripts are very well written but we are free to play a bit. And we usually have a couple of takes to depart a bit."

There is one new, welcome addition to the cast, Daniel Franzese (Mean Girls), who plays Eddie, a likable and funny bear, with whom Agustín seems smitten in the first episode. Franzese was a clear audience favorite as was Lauren Weedman. Both stole the show whenever onscreen and both received rousing receptions when the credits rolled. Fanzese said it was "a thrill to play a guy like me on TV." It is also rare. He is utterly believable playing to type.

I like Looking. I like the pace. Its dramatics are subtle. For me that is one of the strengths of the show.

In the second episode the crew returns to San Francisco, which I liked better. HIV becomes central when they revisit the more mature Lynn character (played by Scott Bakula). Dom and Lynn are now a couple in a believable, open relationship. Bakula perfectly portrays Lynn as the elder of the show. I thanked writer / producer and the creator of the show Michael Lannan for including realistic older gay men with HIV concerns. He said to expect more about HIV in Season Two, including one of the characters starting PrEP. Agustín is clearly not coping well with his failures. He relies on substances a lot and is found on the street by Richie (Patrick's former Hispanic beau). The second episode seemed to finish before it started; a sign that it was more engrossing than the romp in the woods.

I didn't talk with Groff. He ran late and was caught up talking with folks further down the line. I kept expecting him to break into song. I saw him in Spring Awakenings and, of course, Glee. In the onstage conversation after the screening he said his character Patrick has an "encounter with a karaoke machine" and a full-on fling with his already partnered boss.

Tez Anderson is an LGBT activist who has been doing major work this past year in bringing media attention to the plight of long-time survivors of HIV and AIDS. He was instrumental in launching Let's Kick ASS, a non-profit committed to empowering long-time survivors, and has been featured in several mainstream publications. The Evening Class welcomes his contribution.
Posted by Michael Guillen at 1/09/2015 04:09:00 PM