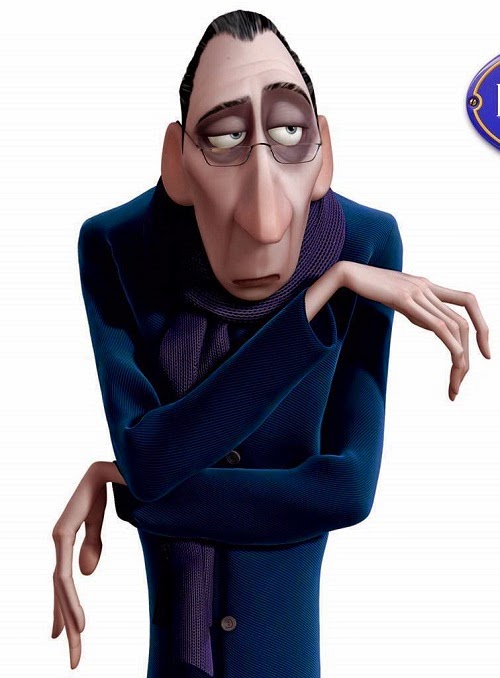 I don't know anyone generous enough to call 2014 a year of great precedence-setting in the movies, but it had one distinction. Never before in the history of cinema was there such a line up of movies, high and low, going after the critics. Movies as relatively unambitious as Chef (2014) and as eclectic as Birdman (2014) weighed in on critical perniciousness.

Over the decades, cinema had fun with lone-vulture critics: your Waldo Lydecker; your Addison DeWitt (recall the blasphemy of George Sanders in All About Eve (1950), helping himself to Matthew 6:26 as his personal introduction!). "General Kael" was the official Skeletor of George Lucas's mighty bad Willow (1988), and Siskel and Ebert clones turned up in Roland Emmerich's Godzilla (1998). No one has yet dealt in fiction with Armond White, still at large despite his expulsion from the NY Film Critics Circle last January.

Despite layoffs, attrition, and the odd suicide, there's still a healthy pack of critics. Rotten Tomatoes can count about 300 for full-court press to weigh in on some blockbuster. Indie films might only get two or three writers to show up and say something. Is aggregation the real aggravator here? A year of poor box office left everyone with someone to blame.

Chef sold the fantasy every idler has had now and again of fixing up a clapped-out food truck and taking it to the nicer parts of the country. It concerns the mid-life crisis of Carl Casper (Jon Favreau), a well-known L.A. restaurateur. Part of what catalyzes his crisis is the repeated attacks of an insanely vicious and confrontational critic Ramsey Michaels (Oliver Platt)—"the most well-known food blogger in the world." Michaels calls Casper out on Twitter, for being a boring chef and a fatty. (Platt's a well-padded man himself so—to use the appropriate culinary parlance—this is the pot calling the kettle.) 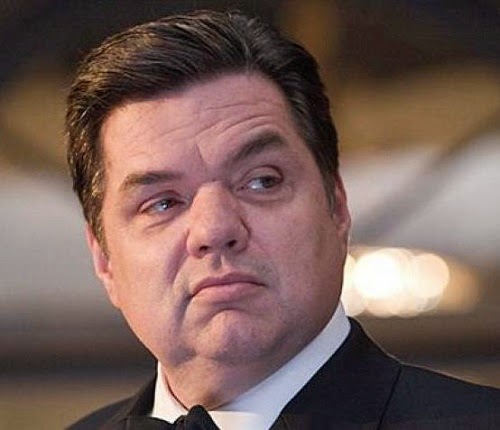 On the DVD extras, Favreau confessed that Chef was an allegory for movie making. A scriptwriter pal maintains that Casper is furious because he knows that the critic is right and that, as a chef, he's not "stretching" himself. I don't know if I agree. Firstly, Michaels' insults are so playground level. Secondly, Casper turns out to know exactly what the public wants. Rather than test marketings and taking notes and enduring round table interviews, Casper can take his Cuban sandwiches to enthusiastic gulpers and watch them shovel 'em down without complaint. And the winner-take-everything-in-the-whole-wide-world ending isn't like the fate of any filmmaker I've heard of. (Casper really ends up on top; it's amazing Favreau didn't include a finale of his hero making a hot pressed sandwich of himself, ScarJo and Sofia V on a bed of hundred dollar bills!)

Birdman was far more direct. Riggan, Michael Keaton's actor on the verge of madness, hands it to one of the few figures of elderly female dignity in the cinema today, Lindsay Duncan. The Scots actress here bears the witchy name Tabitha. She's a vodka-soaked critic in a Times Square bar—Riggan gets into her face and rants, telling her to shove her writings up her withered ass. 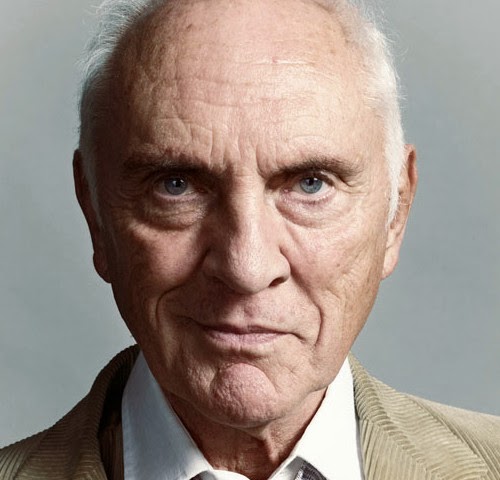 To her credit Duncan's Tabitha holds her ground. She holds it just as Terence Stamp does, as art critic John Canaday in Big Eyes (2014). Stamp's Canaday is obviously a bitter brute, but he is the one of the few indomitable critics in 2014 film, standing tall against the Keane Kitchskrieg of the big-eyed hobo kids. Canaday can take care of himself, deflecting the dinner fork Walter Keane (Christoph Waltz) aims at his eyes using a fast karate block with one hand.

Duncan also stands cold as a lizard, lending her class and authority to some insane dialogue about how she is standing in the gap between washed up movie stars like Riggan and the purity of Broadway. Purity? Really? In the era of Annie revivals and Kinky Boots? "Who'd want to be a critic?" Riggan spits. (Longtime critics think, "I'm sure I don't know who'd want to be. Only the several hundred thousand communications majors trying to take my job, I guess.")

Switch theaters at the multiplex, and you'll see Timothy Spall as Mr. Turner (2014). There, director Mike Leigh depicts a horrible afternoon at John Ruskin's house. The rising young arbiter, played by Joshua McGuire, does that upper-class twit / Elmer Fudd thing with his w's as he attacks Turner's beloved Claude Lorraine. Leigh being Leigh, and Spall being Spall, we must feel pity for an artist like Turner, so sensitive from having to hear wrong-headed criticism that even the true and honest praise starts to sting.

I could go on: Top Five (2014), with Rosario Dawson as a conniving critic, or Wild Tales (2014), in which a diabolical trap is set for someone who wrote a derisive music review. 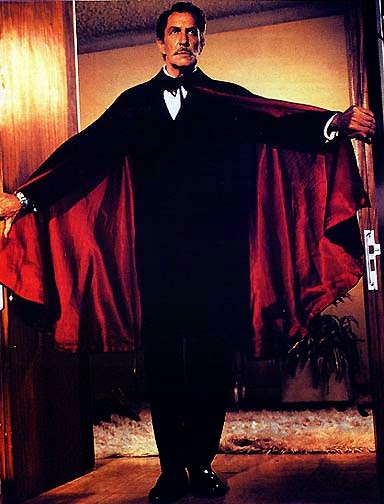 You could start to feel self-conscious if you were in the critic's trade, but nothing came out in 2014 that matched the most ghastly / hilarious anti-critic movie ever made: Theater of Blood (1973). Vincent Price stars as a scorned ham named Edward Lionheart, snubbed at awards time. To settle accounts, he takes out a London theater critics circle one by one, using a gang of wino groundlings and methods of vengeance found in Shakespeare.

Here's some Titus Andronicus pie for a gourmand (Robert Morley); there's a good soaking in a butt of Malmsey for a wine-snob scribe. Similar baroque paybacks await the rest, since this movie knows its Bard, taking violent demises from the obscurer plays like Henry VI and Cymbeline. The lovely Price, an ambassador to 20th century cinema from the Jacobean era, honors the spirit as well as the lines of Shakespeare.

Occasionally, noble critics appear in cinema, such as Anton Ego in Ratatouille (2007) and Jedediah Leland in Citizen Kane (1941). Everyone knows Ego's speech about the unimportance of critics, as delivered by the voice of Peter O'Toole. Few get the point of the speech: Ego tells the truth about the rats in the kitchen and loses his job for it. Now, that's professional honor.

In Kane, Leland (Joseph Cotton) has to turn to the bottle to deal with that Christian-Scientist-With-Appendicitis problem of hating the bosses' girlfriend's singing. He doesn't finish the review, but at least he was brave enough to start it, knowing he'd be out of work the next morning. 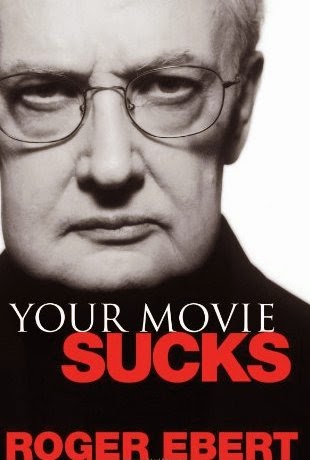 And to counterpoint the backlash against critics in 2014, one remembers the public love for Life Itself (2014), a documentary about the final days of Roger Ebert. Both those who'd been pricked by Ebert's criticism, and those who always felt Ebert was a bland writer, honored the man's bravery. Even Vincent Gallo must have sniveled a little, watching it.

A critic's job can be defined between two parameters. Italo Calvino felt the job of a fiction writer "is basically to raise problems for you to solve." And then there's the opposite point, in that story of Pauline Kael in full pride, "My job is to tell him"—and here she pointed at Sidney Lumet, sitting next to her—"what to do."

In the New Year, I hope for more understanding for the misunderstood and beleaguered profession, and give a promise not to bite except when it's called for.


Richard Von Busack is a staff writer at San Jose's Metro Newspapers. He's the author of The Art of Megamind and has written for Entertainment Weekly, n +1 and cinematical.com. He's a member of the San Francisco Film Critics Circle.
Posted by Michael Guillen at 1/15/2015 11:52:00 AM

How did I forget this tribute to Andrew Sarris?
http://villains.wikia.com/wiki/Roth'h'ar_Sarris