But while I own history,
it owns me; it illumines me.
But what use is such a light?—"The Ashes of Gramsci" (2005), Pier Paolo Pasolini.


Renowned artist, architect, and filmmaker Alfredo Jaar presented the U.S. premiere of his short film Le Ceneri di Pasolini (The Ashes of Pasolini, 2009) at MoMA's Documentary Fortnight (2010). The Ashes of Pasolini was created for "The Fear Society—Pabellón de la Urgencia", an exhibition produced by Murcia Autonomous Region as a collateral event of the 2009 Venice Biennale, in preparation for Manifesta 8 to take place in Murcia in 2010. A tribute to the brilliant Italian filmmaker, intellectual, poet, critic, and journalist Pier Paolo Pasolini, The Ashes of Pasolini incorporates footage from Pasolini's films and rare interviews conducted prior to his sudden and mysterious death in 1975. Jaar's homage to Pasolini follows the poem "Le ceneri di Gramsci" which Pasolini created in 1954 as an homage to Antonio Gramsci, the Italian intellectual who died in 1937 after ten years in fascist jails.

Jaar, who lives and works in New York, was born in Santiago, Chile, in 1956, and grew up during Pinochet's military dictatorship. His work has been shown extensively in international biennials and solo and group exhibitions, and he frequently stages "public interventions" that bring to light injustice in the world. 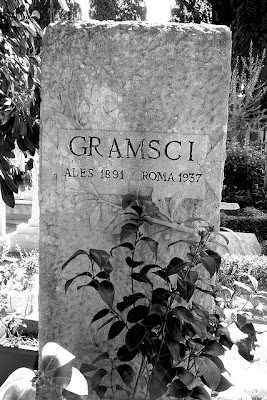 In his introduction for "The Fear Society" exhibition, Jaar stated: "I will present a short film entitled The Ashes of Pasolini. It is a modest film about the death of an extraordinary intellectual. It is mostly based on documentary material discovered after 1975, the year of his death, and before. As you know, it is still unclear who killed him. But for me, it has always been clear why: it was because of fear. Fear of his voice, fear of his life style, fear of his ideas, fear of his opinions, fear of his intellect. He was the totally complete intellectual: a filmmaker, a poet, a writer, a journalist, a critic, a polemist. He was totally involved in the cultural and political life of his time. As an artist he took risks, broke the rules, he created his own rules. Pasolini wrote one of the most beautiful poems of the 20th century titled "The Ashes of Gramsci" (2005), a eulogy to another great Italian thinker, Antonio Gramsci. The title of my film is based on this poem by Pasolini but I chose it to write a eulogy to Pasolini himself. In these dark times in which Italy finds itself, Pasolini's voice is sorely missed." Jaar expands his thoughts in an MP3 interview for Radio Papesse.

In his review of "The Fear Society" for Artforum, Miguel Amado considered The Ashes of Pasolini the "peak" of the exhibition and stated: "Portraying the hopes and contradictions of utopianism in Europe through snapshots of Pasolini's radical life, this work constitutes a hymn to freedom." Also at Artforum, Barry Schwabsky provides an expanded synopsis and critique of the film. Schwabsky writes: "Jaar's film foregrounds Pasolini's understanding of Italian identity. For novelist Alberto Moravia, in one clip, Pasolini is a poet mourning an Italy that once was, but this is only partly true; it would be better to call him a poet in mourning for an Italy that would never come to be. Pasolini speaks of his move from novels to film—by contrast he never set aside either poetry or polemic—as 'a sort of protest against Italian and my society. A kind of rejection of my Italian nationality.' For Pasolini, Italian identity had turned out to mean crushing the multitude of diverse cultures that the country had contained, as embodied, for instance, in the Friulian dialect in which his first poems were written and the Roman argot he used so often in his novels and films." 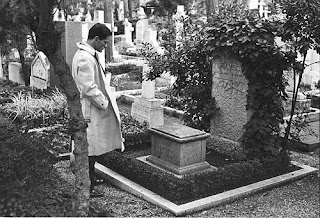 From the program capsule for the film's screening at Lo schermo dell'arte Film Festival: "In one of the first sequences of this film, a photograph shows Pasolini standing, deep in thought, in front of Gramsci's grave inside Rome's English Cemetery. Jaar shoots the same place while Pasolini's off screen voice recites a marvelous passage from his poems dedicated to Gramsci. Shirley Bassey sings 'History Repeating' in the Propellerhead song which accompanies one of the most intense sequences of this work in which the glittering and alienating images of the dodgem cars called 'Delightful Casarsa' become an allegorical infernal circle for the consumerist society denounced by Pasolini. The same images become a bitter counterpoint to Pasolini's solitary grave which, in that very same Casarsa one Autumn day, Jaar's hand clears from fallen leaves with a gesture full of pietas, revealing the name written on it.

"Finally, in a pitiless contrapasso, it is on television that the news of Pasolini's death breaks, on the night between November 1st and 2nd, 1975. We hear the speaker's comment, the words of eyewitnesses collected by a reporter sent on the scene and Pasolini's own words, read by an off-screen voice and taken from one of his articles for Corriere della Sera in which the writer calls for a Nuremberg-style trial against the arrogance and corruption of the dominant political class. They accompany the images of Pasolini's tortured body laying abandoned in the dusty Ostia's Idroscalo. This is the very same suburban district that appears in the final sequence of Mamma Roma, and Jaar chooses it to close his film. 'We have lost a poet,' Alberto Moravia cried at Pasolini's funeral 'and only three or four poets are born each century.' "

Pasolini's emotive, gentle voice can be heard reading "La Ceneri di Gramsci" (parts VI and IV) in Italian for the following video. The English translation of the poem can be found at Zero Focus.