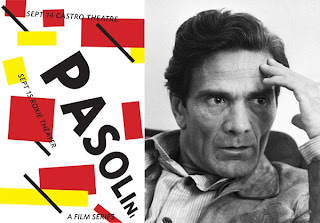 On the heels of a major retrospective at MoMA in New York, and at UCLA Film & Television Archive and American Cinemateque in Los Angeles, Luce Cinecittà and Fondo Pier Paolo Pasolini / Cineteca di Bologna, in association with Colpa Cinema and the Italian Cultural Institute of San Francisco, present "Pasolini: A Film Retrospective", a sampling of the three periods of Italian film master Pier Paolo Pasolini (1922–1975) from September 14th through September 15th at the Castro Theatre and Roxie Theater. 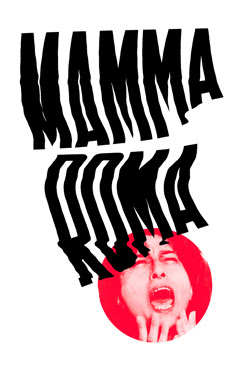 The series begins at 4:00PM on September 14th at the Castro Theatre with Pasolini's early humanist masterpiece Mamma Roma (1962, 111 min., in Italian with English subtitles). Mamma Roma features actress Anna Magnani and highlights Pasolini's lifelong fascination with the marginalized and dispossessed. It tells the story of a prostitute who attempts to "go straight" to provide her son with a respectable life. It is the second film, after Accattone (1961), in Pasolini's National Popular Cinema period, which was characterized by warm, honest portraits of people living on the fringes of society.

"Arguably in Mamma Roma the sub-proletarian world provides not only the subject matter but the actual subject of the film, for the story hinges on the attempts of Mamma Roma, an ex-prostitute, to 'go straight' and to provide a respectable petty bourgeois existence in which her adolescent son can grow up. The attempts fail and the respectable dream evaporates and, in a sense, there is a moral in this—the first statement by Pasolini of what is to become a recurrent theme: the un-livability of the modern bourgeois and petty-bourgeois world."—Geoffrey Nowell-Smith, "Pasolini’s Originality," in Pier Paolo Pasolini, 1977. 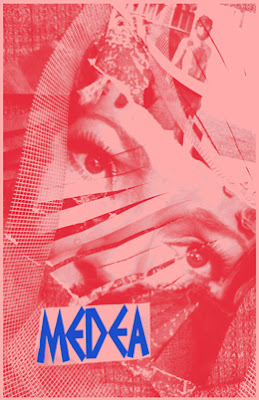 In Pasolini's middle period, commonly termed The Unpopular Cinema, his excoriating depictions of the bourgeoisie depicted in films like Teorema (1968) and Porcile (Pigsty, 1969) leads to a modern interpretation of classics such as Medea (1969, 110 mins, in Italian with English subtitles), "digitally restored by S.N.C France and presented in 35 mm by Gucci" which screens at 6:30 pm at The Castro as the opening night main movie in association with the Consulate General of Greece in San Francisco. Loosely based on the Euripides play, Medea stars opera singer Maria Callas in her only film role. The film will be introduced by Ninetto Davoli, lead actor in many of Pasolini's films.

"Unlike Euripides, who in his tragedy concentrates solely on the final outcome of Medea's jealousy (the murder of her children), Pasolini devotes almost half of his film to an evocation of the primitive culture of Colchis in which Medea was brought up and from which she flees with the Golden Fleece under the influence of her love for Jason. (…) The tragedy arises not simply from an excess of passion or a conflict of character (Medea and the mediocre Jason) but also from a profoundly observed clash of civilizations."—Roy Armes, Film and Filming, June 1971.

At 8:30PM following the screening of Medea and preceding The Decameron the series hosts an Opening Night Party at The Castro mezzanine. With entertainment and food from C'era una volta restaurant. 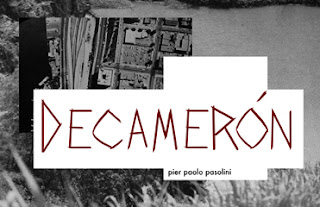 Wrapping up the special Castro presentation at 9:30PM will be The Decameron (Il Decameron; 1971, 111 min., in Italian with English subtitles), the first in Pasolini's "Trilogy of Life" period. In The Decameron, Pasolini takes ten of the 100 stories from Giovanni Boccaccio's 14th century medieval allegory and reinterprets these classic tales from a thoroughly modern perspective. The film won the Silver Bear Extraordinary Jury Prize at the 21st Berlin International Film Festival. It will also be introduced by Ninetto Davoli.

"Taking 10 tales out of the 100 in Boccaccio's Decameron, Pasolini has created one of the most beautiful, turbulent, and uproarious panoramas of early Renaissance life ever put on film. It is also one of the most obscene, if obscene defines something that is offensive to ordinary concepts of chastity, delicacy, and decency, although I'd hardly call the film offensive to morals."—Vincent Canby, The New York Times, December 9, 1971. 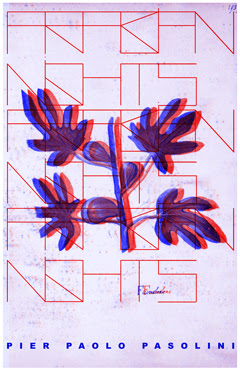 Pasolini's "Trilogy of Life" will then continue on Sunday, September 15, at the Roxie Theater, where Barth David Schwartz, author of Pasolini Requiem, will moderate a Q&A with Ninetto Davoli after the screening of The Arabian Nights (Il fiore delle mille e una notte; 1973-1974, 129 min., in Italian with English subtitles). Arabian Nights is Pasolini's adaptation of the ancient Arabic anthology The Book of One Thousand and One Nights. The lead actor is a young Sicilian Franco Merli who was discovered for this film by Pasolini and used again in Salò.

"The film offers itself as the prototype of 'pure' narration: that is, of narratives that live off of one another, that are embedded in one another to such an extent that it is often impossible to determinate the containing tale from the contained. Il fiore will reproduce the image of the self-generating tales of the original text, and yet its expulsion of the original frame-tale, the story of Scheherazade, is a function of Pasolini's refusal to trace a possible outer limit to narration within the film itself."—Patrick Rumble, "Stylistic Contamination in the Trilogia della vita: The case of Il fiore delle Mille e una notte," in Pier Paolo Pasolini: Contemporary Perspectives, 1994. 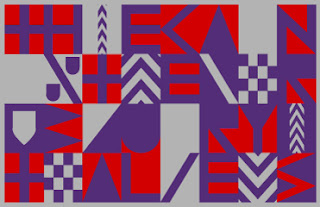 The Roxie finishes up the "Trilogy of Life" with The Canterbury Tales (I racconti di Canterbury; 1972, 123 min., in Italian with English subtitles) introduced by Ninetto Davoli.

"The images are often bewitching, with Tonino Delli Colli's color photography and Dante Ferretti's art direction. Among the few studio interiors, for instance, the set for Geoffrey Chaucer's study is given the determined exploratory perspective of a medieval painting by the use of a chequered floor and other convergent, geometrical forms. Mostly, however, the film uses actual locations, selected with no scholarship about period, but with a flair which gives exciting new aspects to familiar places."—David Robinson, The Times, June 15, 1973. 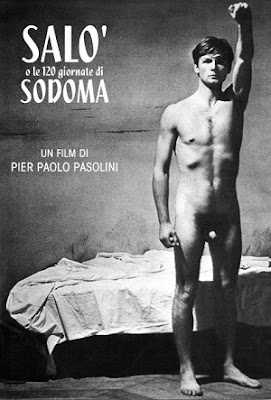 The series concludes with Salò, based on 120 Days of Sodom by Marquis de Sade, and considered "The Abjuration" of the "Trilogy of Life". Salò is Pasolini's despairing final film—held up for years due to censorship issues and completed the year of his mysterious murder.

Salò "derives its powerful impact largely from its literalness: staging the tortures of de Sade's The 120 Days of Sodom point by point, detail by detail, even though Pasolini enforces a kind of shotgun marriage between this novel and a relatively recent historical phenomenon by situating all his simulated atrocities in the last stronghold of Italian Fascism.... Like it or not, Salò is a realized work that accomplishes a good deal of what it sets out to do—to appall us with the spectacle of our own worst capacities, and to confront us with the even more disturbing and conflicted responses that this may elicit in us."—Jonathan Rosenbaum, The Soho Village News, June 4, 1980.

The exhibition continues at Pacific Film Archive and is part of a larger national tour of 22 Pasolini films, on newly made 35mm prints. From the Bay Area, the series will travel to Columbus, Washington, Cleveland, Chicago, and Toronto.
Posted by Michael Guillen at 9/08/2013 04:42:00 AM