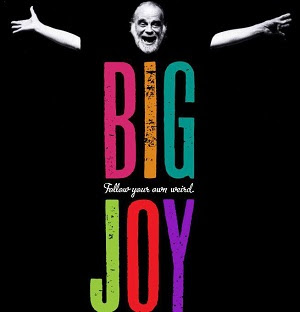 Big Joy: the Adventures of James Broughton (2013) [Official site / Facebook], a documentary portrait of the famed poet / filmmaker / sexual liberator, has been created with evident affection by co-directors Stephen Silha, Eric Slade and Dawn Logsdon. Big Joy is screening at Frameline only once this weekend, and is on hold-review so I'm not allowed to say much; but, it must be stressed that Big Joy is an absolute must-see at the festival, delightfully visualized through archival footage, crafty and seductive in its poeticized graphics ("Feathers or Lead" is brilliant, breathtaking), and vitally informative as to the history of literary San Francisco, early experimental poetic cinema, and the queer counterculture. This exuberant documentary—one might almost deem it a celebration—underscores what has become over the years (for me, at least) one of the most important strengths of Frameline's programming: the celebration of individual lives within the context of our social evolution, as it is only through the authenticity of individual lives that society and culture can gain momentum towards the future.

Who knew that Broughton and Pauline Kael were lovers when she was working at KPFA in the East Bay? Who knew that Jean Cocteau kissed Broughton on both cheeks at the Cannes Film Festival, exclaiming, "Bravo!! An American who has made a French film in England!" Who knew that Zen scholar Alan Watts considered Broughton the only one who understood the playfulness of his Buddhism? Others perhaps, but not me. And so I salute yet another incredible individual whose maverick and pioneering spirit paved the way for me to discover my own doubled nature in its search for tentative unity. A beautiful and inspiring film that I will hold proudly to my chest for many years to come. Dance, don't walk, to buy your ticket now!!
Posted by Michael Guillen at 6/19/2013 05:33:00 PM