In my initial post at film-415 for the 55th San Francisco International Film Festival (SFIFF55), I gathered up early announcements of the festival's special awards and programs made before the official press conference. Then in the first part of my lineup preview, I took a look at SFIFF55's offerings from Europe. Now in Part Two, we'll zero in on what the fest has in store from Asia/Pacific, Middle East/Africa, Latin America and the USA. 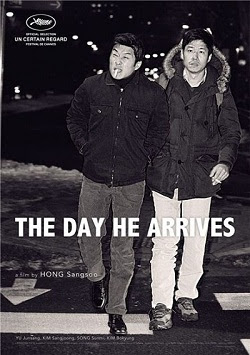 The SF International Asian American Film Festival has all but ceased programming new works by Asia's established auteurs. Fortunately, SFIFF has not. South Korea's Hong Sang-soo checks in with The Day He Arrives, the latest addition to his well-established, drunken-artists-behaving-badly oeuvre. The story sounds like typical Hong, with the added new spark of B&W cinematography and a wintry Seoul backdrop. Last year the fest screened Hahaha, the first Hong film I truly liked, so I'm hoping he and I are now on a roll. Hirokazu Kore-eda has had six prior films play in this festival and in I Wish, he returns to the world of children last explored in 2004's Nobody Knows. The revered Japanese director made personal appearances at SFIFF in 2009 and 2010, but isn't expected to attend this time out. Those with festival scheduling conflicts should know that The Day He Arrives opens for a one-week run at the SF Film Society Cinema on May 4 and I Wish is tentatively slotted for a local Landmark Theatre opening on May 18. 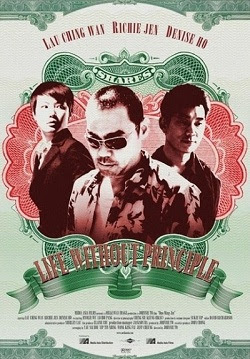 Not coming to a theater near you anytime soon is Johnnie To's Life Without Principle. This is said to be a departure for the prolific Hong Kong action director and is set in the avaricious world of investment banking. I'm scheduled to see it the same day as the Dreileben trilogy, so I hope my stamina holds up. The other Asian narrative feature I've prioritized is People Mountain, People Sea, a formalist, contemporary Chinese revenge tale that won its director, Cai Shangjun, a Venice Silver Lion. Also of possible interest: the world's first Samoan language film (The Orator), a movie from Tibet (Old Dog) and Peter Chan's martial arts blockbuster Wu Xia, starring Takeshi Kaneshiro and Donnie Yen. 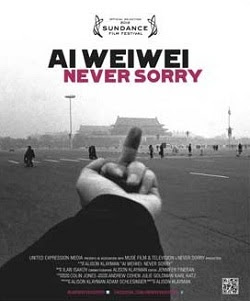 Three documentaries relating to the region have also caught my eye. Davy Chou's Golden Slumbers reminisces on the Golden Age of Cambodian cinema (1960 -1975), during which time over 400 local films were made. The Khmer Rouge destroyed nearly all of them, as well as the artists who produced them. In his rave review for Variety, Richard Kuipers calls the film "inventively directed" and "pure poetry." Carrying the distinction of the longest-titled film in SFIFF55 is French artist / filmmaker Eric Beaudlaire's The Anabasis of May and Fusako Shigenobu, Masao Adachi, and 27 Years Without Images. I recently became interested in Japan's 1970s radical terrorist organization, the Japanese Red Army, after watching Kôji Wakamatsu's brutally fascinating United Red Army, and am hoping for some illumination on the group's years of exile in Lebanon. Finally, there's Alison Klayman's Ai Weiwei: Never Sorry, which profiles the ubiquitous Chinese artist/dissident. 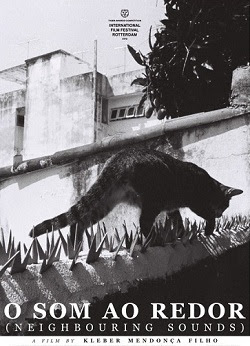 The past year has been a bit of an off-time for Latin American cinema, with a number of established directors (Carlos Sorin, Arturo Ripstein, Karim Ainouz and others) releasing new works to modest reception. One film that's been an uncontested critical success, Pablo Giorgelli's Cannes Camera d'or-winning Las Acacias, is oddly missing from the SFIFF55 line-up. Of the half dozen features that did make the cut, I'm especially excited about two. Milagros Mumenthaler's Back to Stay is the story of three college-age sisters who return to the Buenos Aires home of their recently deceased grandmother. It won the top prize at last summer's Locarno Film Festival. Winning the FIPRESCI prize at Rotterdam this year was Kleber Mendonça Filho's Neighboring Sounds, a mosaic of life on an upscale street in Recife, Brazil. Calling the film "a powerful, yet subtle X-ray of contempo Brazilian society" in his rave review for Variety, Jay Weissberg went on to praise Neighboring Sounds for being "superbly constructed, skillfully acted and beautifully lensed." 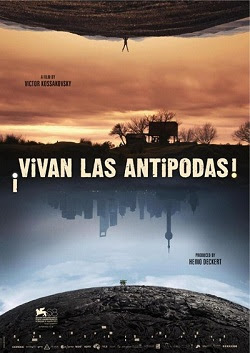 Another film being celebrated on the fest circuit is Cristián Jiménez' Bonsái, which is based on a seminal Chilean novella. I confess this time-bending "existential romance" had me nodding off to sleep when I watched it on DVD screener several months back. I plan to give it another chance. Also from Chile comes Alejandro Fernández Almendras' By the Fire, which I missed at the Palm Springs festival and am happy to find here. The two remaining Latin American narrative features are Found Memories and A Secret World, from Brazil and Mexico respectively. While there are surprisingly no Latin American documentaries in this year's festival, one comes awfully close. Russian director Victor Kossakovsky's ¡Vivan las antipodas! lyrically muses upon four sets of antipodes, with the greatest amount of screen time being devoted to a remote homestead in Entre Rios, Argentina. 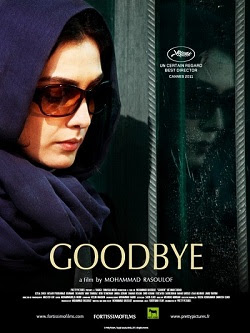 My top anticipated pick from this region is easily Mohammad Rasoulof's Goodbye, as I loved his two previous films, Iron Island and The White Meadows (both seen at previous editions of SFIFF). Whereas those two films were fanciful allegories, I understand this new work is a despairingly realist account of a female lawyer struggling to leave Iran, which the director shot clandestinely while awaiting appeal of his own six-year prison sentence. I'm equally excited by two Israeli films that have generated acclaim on the festival circuit. Policeman promises an inspired and provocative take on Israeli machismo and The Law in These Parts, a documentary about the Israeli legal system governing Palestinians in the Occupied Territories, won the Grand Jury Prize for Best Documentary in World Cinema at this year's Sundance. 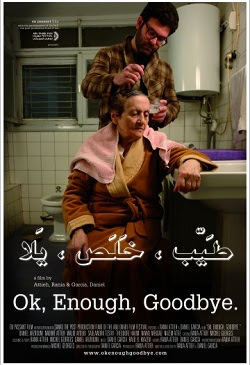 Israeli director Eran Kolirin's The Exchange received mixed reviews when it premiered at Venice, but I'm giving it a shot based on my admiration for his 2007 crowd-pleasing The Band's Visit. Speaking of crowd-pleasing, Lebanon's Nadine Labaki follows up her popular 2007 film Caramel with Where Do We Go Now?, which won the Toronto Film Festival audience award and was Lebanon's most recent Oscar® submission. This yarn about village women diffusing religious violence opens at a local Landmark Theatre on May 18. Also from Lebanon comes OK, Enough, Goodbye, a deadpan comedy about a schlubby shopkeeper who's abandoned by his put-upon mother. Rounding out selections from the region are Iraqi orphanage doc In My Mother's Arms, and the chick flicky-sounding A Cube of Sugar from Iran. 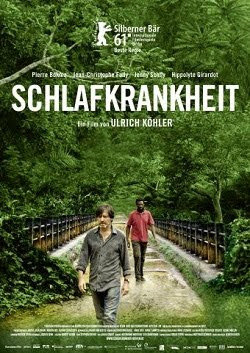 SFIFF's African programming has been a decided weak spot in recent years. This year's line-up contains no films from North Africa—surprising in light of recent events—and the festival's three films set in sub-Saharan Africa are all by non-African filmmakers. That said, I'm really looking forward to Isaki Lacuesta's The Double Steps, a fantastical-looking fever dream that appears of be about, among other things, a search for hidden frescoes in the Malian desert. The film took the top prize at last year's San Sebastian Film Festival. I'm also likely to have a look at Ulrich Köhler's Sleeping Sickness, a meditation on post-colonial relations which won a Silver Bear for Best Director at 2011's Berlin Film Festival. 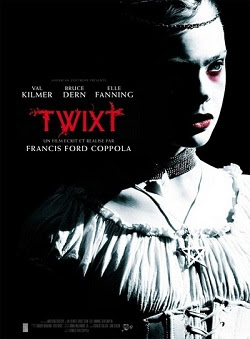 Domestic films are generally not where I focus my attention at this festival, but there are some enticing entries this year. Eclipsing them all is Francis Ford Coppola's Twixt, which seven months after its Toronto world premiere still doesn't appear to have U.S. distribution. This darkly comic mystery about a small town serial killer stars Val Kilmer and Bruce Dern, and will be screened twice—in 3-D at the Castro (!!!) and 2-D at the Kabuki. Another one I won't be missing is The Fourth Dimension, a trio of short films for which the directors—Harmony Korine (Mister Lonely), Alexsei Fedorchenko (last year's Silent Souls) and Jan Kwiecinski—were given a set of Dogma-like strictures to adhere to. This could be disastrously pretentious or friggin' fabulous. Either way, it's a world premiere and all three directors are expected to attend. Val Kilmer fans take note: he's the star of Korine's segment. 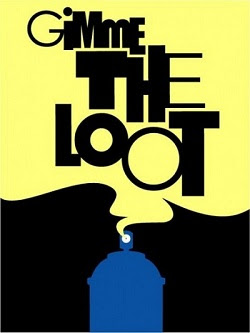 If SFIFF55 is in need of a poster boy, director / actor Mark Duplass is the one to recruit, as he appears in both Lawrence "The Big Chill" Kasdan's Darling Companion and Lynn "Humpday" Shelton's Your Sister's Sister (the latter being SFIFF55's Centerpiece Film). Although I'll probably give those movies a pass, I am dying to see Mark and Jay Duplass' The Do-Deca Pentathlon, a hilarious-sounding comedy the brothers shot in between Baghead and Cyrus, which recently premiered to acclaim at SXSW. The Grand Jury Prize winner at that festival was Adam Leon's Gimme the Loot, in which two NYC graffiti artists scramble to set up their biggest "bombing" to date. At the SFIFF55 press conference, it was stressed that Gimme the Loot had been programmed into the fest long before its significant SXSW win. Two other U.S. narrative features I'm aiming to see are Compliance by Craig Zobel (Great World of Sound), reportedly the most divisive film at Sundance 2012, and Julia Loktev's The Loneliest Planet. Gael Garcia Bernal stars here as one half of a couple whose relationship is thrown off course during a backpacking trek through the Caucasus Mountains. Loktev's 2006 breakthrough film Day Night, Day Night, never screened in the Bay Area, so it was especially nice to find The Loneliest Planet in the SFIFF55 line-up. 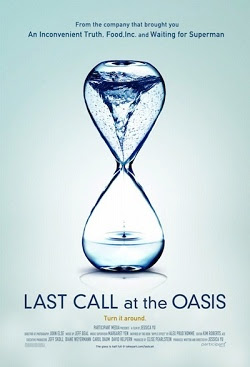 My enthusiasm for this year's U.S. narrative features carries over to the fest's documentary selections as well, with some of America's best known non-fiction filmmakers represented. The name Alex Gibney (Enron, Taxi to the Dark Side, Magic Trip) is almost enough to make me want to watch ice hockey doc The Last Gladiators. Last Call at the Oasis is Jessica Yu's (In the Realms of the Unreal, Protagonist) take on the global water crisis. Kirby Dick (Sick, This Film is Not Yet Rated, Outrage) is no stranger to controversy and takes on the subject of rape in the U.S. military with his latest, The Invisible War. Then ex-Bay Area gadfly Caveh Zahedi (I Am a Sex Addict), stirs up plenty of debate in The Sheik and I, in which he goads his way through a commissioned film project in the United Arab Emirates. 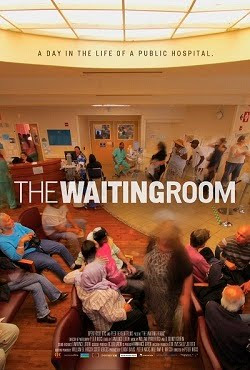 Elsewhere on the domestic doc front, I'm debating whether to subject myself to The Queen of Versailles, Lauren Greenfield's portrait of a repellent family of American one-percenters getting their comeuppance. A queenly portrait of another sort is Diana Vreeland: The Eye Has to Travel, granddaughter-in-law Lisa Immordino Vreeland's film about the greatest fashion maven of all time. I saw this at Palm Springs and it's enormous fun, especially when viewed with an audience that's almost all well-to-do ladies of a certain age. Another documentary about a famous woman directed by a relative is Ethel, by Ethel and Robert Kennedy's youngest daughter, Rory. For more hard-hitting subject matter, I'm hoping to check out Peter Nicks' The Waiting Room, which surveys a day in the life of Oakland's Highland Hospital, and David France's history of AIDS activism, How to Survive a Plague.