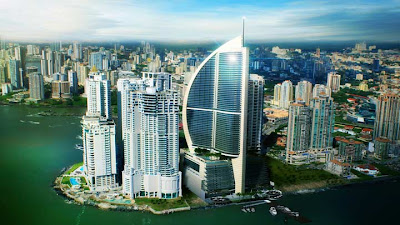 Recent articles in Forbes and The New York Times have spotlighted Panama City as an up and coming travel destination, kickstarted—no doubt—by the $5.25 billion Panama Canal expansion that's underway and scheduled for completion in 2014, the canal's centenary anniversary. The Republic of Panama regained control of the historic canal situated at the slender waist of the Americas some 12 years ago and the expansion project will not only widen and deepen the existing canal but add two locks, doubling the canal's cargo capacity, and allowing a greater volume and size of ships to pass through the 50-mile long waterway. As underscored by The Times, "those who want to see the waterway as it was originally designed, now is the time."

A further boost to accelerated growth in the region came last October with the passage of the United States-Panama free trade agreement. As noted by The Times: "Other high-profile projects include the construction of three firsts: The Panamera, the first Waldorf Astoria hotel in Latin America (set to open in June 2012); the Trump Ocean Club, the region's tallest building, which opened last summer; and Frank Gehry's first Latin American design, the BioMuseo, a natural history museum scheduled to open in early 2013. Even Panama City's famously dilapidated historic quarter, Casco Viejo, has been transformed. The neighborhood, a tangle of narrow streets, centuries-old houses and neo-colonial government buildings, was designated a Unesco World Heritage site in 1997 and is now a trendy arts district with galleries, coffeehouses, street musicians and some of the city's most stylish restaurants and boutique hotels." 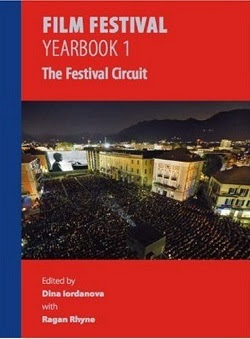 The role of film festivals in advancing and influencing the tourist initiatives of civic and national governments is a vein of film festival studies richly mined by such scholars as Thomas Elsaesser, Marikje de Valck, Dina Iordanova and Regan Rhyne who see the study of film festivals to be "central to understanding the socio-cultural dynamics of global cinema and international cultural exchanges at large" (Iordanova & Rhyne, 2009, Film Festival Yearbook 1: The Festival Circuit, "Introduction", p. 1) and "city marketing" as an essential activity for cities that want to compete in the global arena, with the construction of a positive image becoming one of the key elements in promotional strategies for attracting investment and tourism (de Valck, 2007, Film Festivals: From European Geopolitics to Global Cinephilia, p. 75).

The inaugural Panama International Film Festival (Panamá IFF) [Facebook] will take place in the Capital City from April 26 through May 2, 2012. The event is sponsored by the Ministry of Commerce and Industry of Panama, Tourism Authority of Panama, Panama Film Commission, and private companies. During its week-long run, Panamá IFF will screen more than 50 award-winning films gleaned from prestige festivals around the world, including Cannes, Toronto, Sundance, and San Sebastian, with many of the films' directors converging at the festival to engage audiences in Q&A sessions intent on promoting dialogue and understanding between cultures. 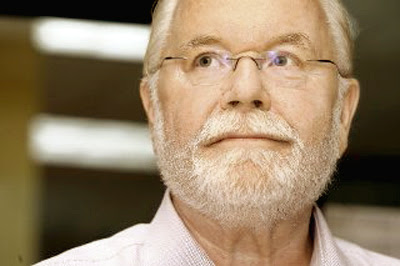 Co-founded by Canadian businessman Rob Brown and his father-in-law Henk Van der Kolk, Panamá IFF seeks to support the promotion of culture in the country, foster the development of local industries, and promote film education. One of its long-range objectives is to build a Festival Center to house both the Festival and an international film school. Such hefty ambitions are not unfamiliar to Van der Kolk who co-founded the Toronto International Film Festival 38 years ago and watched it grow into one of the world's most prestigious film events, bringing millions of dollars into the local economy. Van der Kolk serves as Panamá IFF's Executive Director and has chosen Diana Sanchez as the festival's Artistic Director.

As reported to Screen Daily, the Dutch-born, Panama-based Canadian Van der Kolk "hopes to attract 'culture travelers', a new breed of international festival-goers who have the capital to travel the world enjoying the seventh art, amongst others." Van der Kolk recalled that Canada in 1976 was considered part of the American domestic market with most Canadians accustomed to American film. "In '76," Van der Kolk remembered, "our press had no interest in us as Canadian filmmakers. So we held a film festival to bring the world to us." Currrently, the Panamanian market is composed of 97% American pictures; but, Panamá IFF seeks to spotlight and advance regional filmmaking, not only through local voices but foreign investment. Panama has long held a reputation as a fine place to shoot films, with the The Tailor of Panama (2001) and Quantum of Solace (2008) being two recent films shot on location in Panama's historic Casco Viejo. Hollywood producer Raffaella De Laurentiis, daughter of Dino De Laurentiis, concurs that Panama is an ideal venue for filmmaking, which she believes is destined to become a cultural junction in the region and a platform for new offerings to the world of cinema.

Panamá IFF consists of a number of board members—including De Laurentiis—and creative advisors including Panamanian filmmakers and local entertainment industry representatives, among them Pituka Ortega Heilbron (who has been appointed Co-Director of the festival), Abner Benaim, Luis Pacheco and actor / songwriter Rubén Blades.
Posted by Michael Guillen at 4/09/2012 09:44:00 PM

Love, love, LOVE the new looke of The Evening Class, Michael. And now you have me considering a trip to Panama one of these days.

Thank you, Adam. It was a highlight of my recent trip to SF to have the chance to catch up with you.