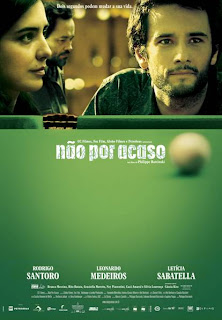 With two films from Argentina, two from Brazil, one from Chile, and a short from Colombia, the sampling of South American cinema in this year's SFIFF line-up is considerably less ample than in past years. Notwithstanding, the sextet warrants mention.

Brazil wins out with Philippe Barcinksi's impressive debut feature Não Por Acaso (Not By Chance, 2007), wherein a tenuous balance between risk and control is played out in the lives of two domineering men who suffer unavoidable and comparable loss. Uruguayan author Eduardo Galeano has written that in the automotive age the term "accident" is a misleading misnomer and should more appropriately be termed "consequence"; a theme Not By Chance suggests when—as Joni Mitchell sings—"change comes at you like a broadside accident." Though change might be more the consequence of life, some changes (as the film's title attests) are not by chance and only by surrendering to serendipity can one risk the insecure hazard of love.

Bound by hold review policy, I can't say much more; but, Variety has given Robert Koehler considerable more leeway. He recognizes the film's ambitious promise even as he acknowledges some first film fumbles that Barcinksi commendably overcomes. 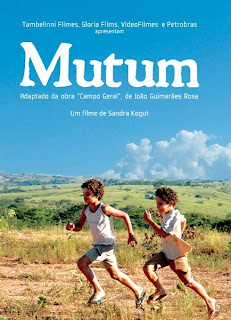 Seemingly more quiet but no less absorbing is Sandra Kogut's first narrative feature Mutum, a heart-hewn portrait of Thiago, an introverted 10-year-old boy (Thiago Da Silva Mariz) growing up in Brazil's sertão. "Mutum" means "mute" and likewise refers to a black bird that sings at night, which is exactly when Thiago opens up and voices his fearful concerns to his brother Felipe (Wallison Felipe Leal Barroso) as they lie in their beds before sleep. During the day Thiago's childhood is characterized by its limited vision and comprehension of the world of adults, whose rules appear capricious and self-serving. This is the noteworthy achievement of Kogut's film; she captures the child's gaze in its vulnerable and wide-eyed myopia. As Kogut explains, "Myopia corresponds to a manner of situating oneself in the world that is specific to childhood. When one is Thiago's age, the world of adults seems hazy—one feels emotions and sensations but can't put a name to them." Kogut enforces this feeling of sensate comprehension with an amplified soundscape of the sertão, which frequently leans into the alarming, all the more so for being heard and not seen. 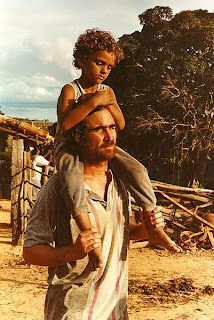 Though Thiago adores his mother and siblings, and bestows his affection on his dogs and parrots, he is mistreated by his stern father ("Pai"), played by Evening Class favorite João Miguel (Cinema, Aspirin & Vultures, Suely in the Sky). Pai—who believes God is closing all doors to him that lead to the future—reads Thiago's quiet nature as unvoiced contempt and punishes him accordingly, both verbally and physically. Thiago bears his father's frustrated vengeance on his shoulders, much like the actor Thiago bears the bulk of the film on his pitch-perfect heartbreaking performance. Thiago's final survey of childhood's realm is poignant and powerful. As Kogut further explains, "Thiago only actually sees the reality of [the] place that he lives in at the moment when he must leave it. All of sudden, everything falls into place. That's what the film is about." The film's simple narrative belies its complex emotional depth.

Chile scores high as well with the compelling documentary The Judge and the General by Elizabeth Farnsworth and Patricio Lanfranco, which sees its world premiere at SFIFF51. Primarily a document of the course of conscience undertaken by Chilean judge Juan Guzmán when—in random rotation—he's assigned the first criminal cases against Chile's ex-dictator General Augusto Pinochet, the film maneuvers Guzmán away from his initial ivory tower support of Pinochet through a gradual awakening of the atrocities committed against the Chilean people, and his judicial responsibility to redress same. 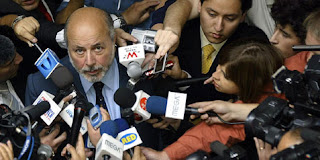 Errol Morris' Standard Operating Procedure could take some notes here on how human rights violations can be depicted on their own terms without sensationalized reenactments. The horrid facts speak for themselves without exploitive aggrandizement. The Judge and the General is likewise inspiring for reminding that remedy can be fought for and won, no matter how belatedly. It holds equal interest as we approach the 40th anniversary of the May 1968 "revolution", whose arc of cultural influence many feel ended with the coup d'état death of Salvador Allende. As Acquarello has observed elsewhere: "[T]he collapse of the Allende government was really the nail in the coffin of a kind of 'palatable' socialist movement that the public could embrace."

From Argentina comes Fernando "Pino" Solanas' Latent Argentina, the third entry in his proposed tetralogy on what Evening Class cohort Michael Hawley calls "the maddening economic realities of that country." I interviewed Solanas when he brought Dignity of the Nobodies to SFIFF49. Where Dignity of the Nobodies focused on the plight of the victimized—with generous heart I might add—Solanas's most recent documentary Latent Argentina is considerably drier. Latent Argentina serves more as an intended rallying cry for its domestic audience to pull themselves up by their bootstraps, which Solanas assures them they can do, citing all the industrial resources they have at their disposal, and an ongoing historical tradition of ingenuity and perseverance. In other words, Solanas continues his commendable task of rescuing memory from oblivion. For American audiences, however, it might prove more an exercise in requisite solidarity than compelling viewing (though I admit to feeling guilty about saying that, especially since in our conversation Solanas mentioned that most Americans don't know what's going on with Argentina, don't recognize the accomplishments that are being made, and seem essentially disinterested). 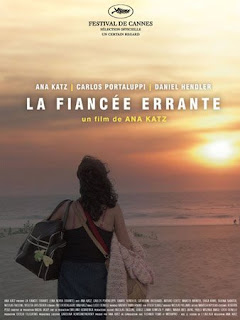 Ana Katz's Una Novia Errante (A Stray Girlfriend, 2007) arrives as a festival darling, having won the Films In Progress Award at the San Sebastián Film Festival; Best Actress and Best Film at the Lima Latin American Film Festival; the FIPRESCI prize at the Havana Film Festival; a nomination for Best Picture at the Cartagena Film Festival; and a nomination for the Silver Condor at the Argentinean Film Critics Association Awards. Likewise selected as part of the 2007 Cannes Un Certain Regard section, I nonetheless found my appreciation for this film—admittedly competent by half—dampened by its neurotic protagonist, which I must begrudgingly admit attests to the merit of Katz's performance.

Inés (Katz) and her fiancé are on their way to spend a holiday at the off season Mar de las Pampas. On the bus while he's trying to sleep, she's badgering him about why he won't communicate with her. When she gets off the bus with her luggage, she's startled to watch the bus take off with her fiancé still on board. Quite frankly, I would have done the same in his shoes. Basta, as they say.

Weepy Inés proceeds to phone her now-ex-fiancé at all hours of the night, spitefully erasing messages on his answering machine, deleting emails, and selfishly deflecting and downright disrespecting the tolerant and patient efforts of the employees and full year residents of Mar de las Pampas to comfort her abandonment. It's hard to gain empathy for her when she acts so heedlessly. Though she accuses her ex-fiancé of being cruel and cowardly, he doesn't stick around long enough for us to determine if her accusations are founded or simply further self-denials. A Stray Girlfriend is a respectable study of a woman in crisis but left me quite cold towards its protagonist.

Last but not least is Amanda Micheli's Oscar-nominated Sundance favorite La Corona, which The Evening Class covered at its previous Doc Film Institute Sundance Kabuki screening, and which is part of SFIFF51's "Feminine Mystique" shorts program.