SFIFF51—Michael Hawley At the Starting Gun 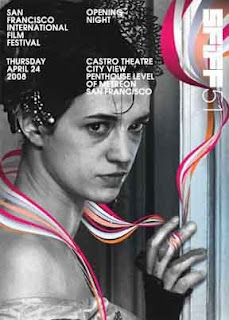 Ready, get set, go! The wait is over and the 51st San Francisco International Film Festival is fixed to begin. Over the past few weeks I've had the chance to preview a handful of festival titles on screener (plus one press screening), and herein offer some thoughts on what I've seen.

Out of the bunch, the two films with the biggest pre-festival profiles are undoubtedly Catherine Breillat's festival opener The Last Mistress (Une vieille maîtresse) and Jia Zheng-ke's Still Life (Sanxia haoren). Reams have been written about both since their premieres at Cannes 2007 and Venice 2006 respectively. So rather than add to the din, I'll simply say that both are as excellent as anything else to be found in their directors' esteemed filmographies. Asia Argento's feral, spellbinding performance as an obsessed 19th century Spanish courtesan has to be seen to be believed. And Yu Lik-wai's HD cinematography of the area to be flooded by China's Three Gorges Dam is as crisp and sumptuous as digital filmmaking gets. If you miss either film at the festival, don't despair. Still Life opens May 9 at the Roxie Film Center and The Last Mistress will come around sometime in July. 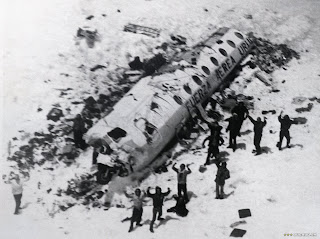 The other film which had previously crossed my radar is Gonzalo Arijon's Stranded: I've come from a plane that crashed on the mountains), which garnered good reviews at Sundance. Quite simply, I think it's one of the best documentary films I've ever seen. Everyone knows the story, how in 1972 a plane carrying members of a Uruguayan rugby team crashed in the Andes. Of the original 45 passengers, 16 survived 72 days on a glacier by consuming the frozen flesh of deceased friends and family. In this profoundly moving, poetic and dignified film, those survivors finally get the chance to articulate their story. Recounting the events in intimate detail and in chronological order, Arijon artfully weaves interviews with recreated footage. The latter is shot silent, and in such a way that gives it the appearance of something created 35 years ago. The film's only narration is that of survivors and a few others linked to the story, such as the shepherd who first encountered two young men who "smelled of death," after having hiked 70 km from the wreckage site to safety and rescue. Stranded tells one hell of a story, and I can't imagine anyone not being touched by it. Unfortunately, the film has no U.S. distribution, so the SFIFF51 may be your only chance to see it. 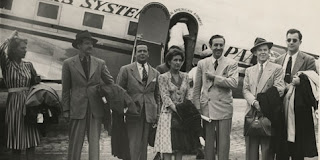 Two other documentaries with at least one foot planted in Latin America are Fernando E. Solanas' Latent Argentina (Argentina Latente) and Theodore Thomas' Walt & El Grupo. Solanas' film is a treatise which argues that Argentina possesses all the resources it needs to reinvigorate its economy and return as a main player on the world stage. Industry by industry, he documents past glories and current day gloom, laying blame at the feet of privatization, multinationals, and ex-president Carlos Menem. Despite the director's assured narration, breezy tango music interludes and a few diverting on-screen personalities, this is all pretty wonky stuff. Full of facts and figures, it seems tailor-made for either an attentive domestic audience or one comprised of global economics students. Walt & El Grupo, on the other hand, should have a much broader appeal, because, well … it's about Walt Disney, and a government financed goodwill trip to South America taken by he and his favorite artists in 1942. The sojourn came at a perfect time, when both Allied and Axis powers were courting Latin America, and Disney's studio was experiencing a crippling strike. Fortunately for us some 65 years later, the trip was documented with a bounty of photos, home movies and drawings—the research that ultimately resulted in two animated Disney featurettes, Saludos Amigos and The Three Caballeros. Unfortunately, the participants are nearly all gone and it's left up to their sometimes less than compelling descendents to tell the story.

In contrast to recent years where Argentina has been extremely well represented in the festival, this year we find only one narrative feature in the line-up. Fortunately, it's quite a good one. Anna Katz' A Stray Girlfriend (Una novia errante) is an anti-romantic comedy of sorts in which a pathetic young woman is dumped by her boyfriend at the start of a seaside holiday. She checks into their prepaid hotel alone and ineptly tries fitting in with the locals—that is, when she's not busy torturing her ex with a series of increasingly desperate phone calls. In this her second feature, writer/director/actor Katz offers little surprises at nearly every turn, and inhabits the unsympathetic title role with gusto. 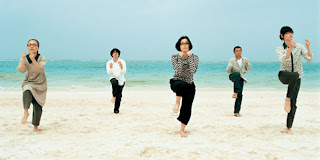 A woman on beach holiday is also the premise for Naoko Ogigami's Glasses (Megane). Our protagonist this time is a prim, uptight professor who finds herself trapped at a laid-back seaside hotel with nothing to do but eat shaved ice and participate in goofy group aerobic exercises. Resistant at first, she soon learns to focus on life's simple pleasures and explore her innate "talent to be here." Droll, meditative and quirky are words that might be used to describe the film by anyone willing to surrender to its transcendental charms. Precious, insufferable and nauseatingly New Age-y will apply for everyone else.

Preciousness exists, but is less of a liability in Malaysian director Liew Seng Tat's debut film, Flower in the Pocket. That's because the two young actors who play brothers Li Ahh and Li Ohm are such screen naturals. Their scenes of after-school shenanigans and domestic self-sufficiency fill up the film's first, better half. Their divorced father, a reticent mannequin repairman, lives with the boys but doesn't share screen time with them until two-thirds through the movie. It's at this point some major drama is introduced into the heretofore lackadaisical storyline, the details of which left this viewer scratching his head and wondering if something was amiss in the subtitling. There's enough to like in Flower in the Pocket to warrant it a look. I was intrigued by the boys' friendship with a Muslim tomboy, and sensed some oblique political commentary when the younger, Mandarin-speaking brother wiped his butt with a page torn from his Bahasa-language schoolbook. But too much of it was clunky and listless, such as the strained learning-to-swim metaphor that ends the film. Given the prizes it won at Pusan and Rotterdam, I'd been hoping for something more. 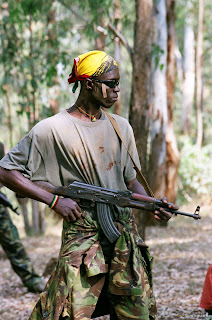 A far more dire film about children is Nigeria-born, UK-based director Newton I. Aduaka's Ezra, which tackles the issue of African child soldiers. Kidnapped from his school and trained in guerilla warfare, Ezra is eventually forced to commit atrocities against his own village and family while under the influence of drugs. Years later, he's brought before a Truth and Reconciliation Commission in an effort to heal himself and his traumatized nation (the story is based on events in Sierra Leone). The narrative unfolds in a non-linear way that's sometimes confusing, but the film remains compelling, abetted by frequently sophisticated camerawork and an effective electronic score. Acting is mixed, no doubt hampered by a decision to make the film entirely in English. 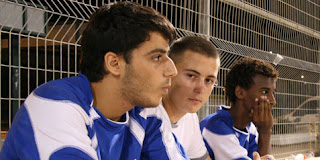 Mushon Salmona's energetic debut feature Vasermil is an edgy teen drama set in the southern Israeli town of Beersheba. Confused, taciturn and full of adolescent bluster, his three main characters represent a crosscut of contemporary Israeli society: Shlomi, an Israeli-born pizza delivery boy; Adiel, a student of Ethiopian descent; and Dima, a recent Russian immigrant who sells drugs and clandestinely plays piano. All three are encouraged to forget cultural differences and unite as members of the same championship-bound soccer team. Just when you think Salmona plans to use the boys and the soccer game as some hoary cliché symbolizing the multi-culti aspirations of Israel at large, he pulls the rug out and delivers an ending that is very much grounded in sad reality. Vasermil, by the way, is the name of Beersheba's main soccer stadium. 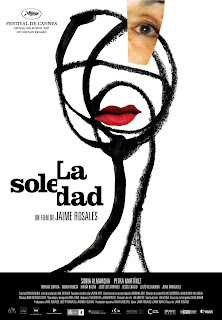 There are also four films in the program which I first saw at this year's Palm Springs International Film Festival. Jaime Rosales' Solitary Fragments (La soledad) is the one not to miss. This intense, measured look at the lives of two women from different generations coping with life in contemporary Spain astonished that nation when it took prizes for Best Film and Best Director at the 2008 Goya Awards. These days I rarely allow myself the luxury of seeing a film twice, but I've bought a ticket to revisit this again at SFIFF51. Taken by itself, the first half hour of You, the Living (Du levande), Swedish director Roy Andersson's chain of loosely connected absurdist vignettes, was perhaps the best film I saw at Palm Springs. Unfortunately, it proceeds to get bogged down in its own fallow, deadpan dreariness and doesn't let up until a final, exhilarating set-piece comes to the film's rescue. In Norway's The Art of Negative Thinking (Kunsten à tenke negativt), director Bård Breien lobs a nasty, politically incorrect loogie at our notion of what constitutes appropriate sentiment towards the handicapped. More burlesque than black comedy, the film made me feel neither outrage nor delight towards all the on-screen antics. The fact that it was my fifth film of the day might have been the reason, as fellow audience members were clearly having the time of their lives. Ambivalence would also describe my feeling towards Serge Bozon's La France, in which a young woman disguises herself as a man in order to find her errant husband on the battlefields of WWI. The film is a pleasant diversion, and as always, Sylvie Testud and Pascal Greggory give fine performances. But the four inane musical numbers ultimately made me wish I'd spent those 102 minutes watching something else. I've written about all four of these films in a bit more detail here.

Thanks to your suggestions, I'm making sure not to miss Stranded or Solitary Fragments especially. I also plan to begin my festival tomorrow with You, the Living at the Castro. We'll see about the rest. Check you at the festival!

I'm pretty confident you'll enjoy all three of those, Brian.

By the way, I just noticed that the festival catalog lists SOLITARY FRAGMENTS as a U.S. Premiere...NOT! And LA FRANCE as a West Coast Premiere...NOT! Unless you don't consider Palm Springs as being West Coast - which is like saying that Philadelphia isn't East Coast.

All last year I noticed festival after festival claiming premiere status for films I'd seen at Palm Springs in January. It looks like more of the same in 2008. Just yesterday indiewire had an article on the Kim Ki-duk retrospective at the NYC MOMA, claiming a North American Premiere for his latest film BREATH. NOT! NOT! NOT!