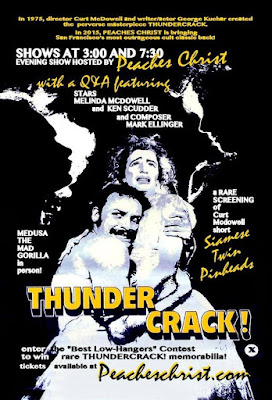 To provide a bit of context to this underground classic's anniversary celebration, The Evening Class is grateful to Johnny Ray Huston for granting permission to republish his 2003 San Francisco Bay Guardian essay "Lust For Ecstasy", supplemented by Curt McDowell's drawings, recently-digitized and generously provided courtesy of the McDowell Estate and 2nd floor projects, San Francisco (and recently showcased at Visual AIDS). 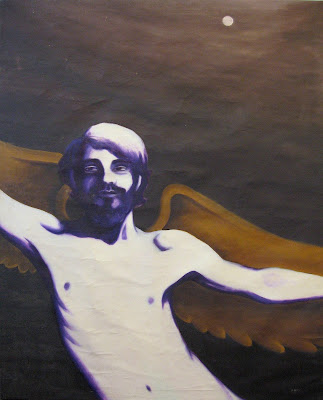 Beginning with a nighttime trip in the pouring rain to an old dark house—under cigarette-smoke clouds and past twigs that double as trees—Curt McDowell's Thundercrack! makes Psycho seem well-adjusted. This isn't your average movie, let alone a "normal" porn flick. Once the gothic onslaught of lurid talk gives way (sort of) to bedroom action, the audience shares the peepshow point of view of an insane widow as she pleasures herself with a peeled cucumber. One Norman Bates-style hole in the wall isn't enough for Mrs. Gert Hammond (Marion Eaton); she's drilled two. We look through her eyes as she uses the empty sight sockets of a George Washington portrait to spy on her houseguests. This film cannot tell a lie about American perversity. 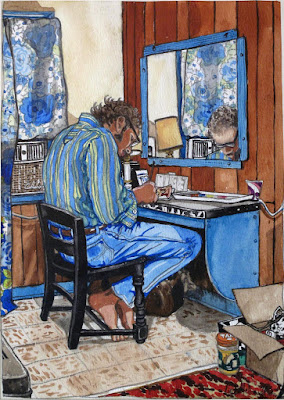 Born in 1975, Thundercrack! is the lasciviously touching offspring of an artistic love affair between a teacher (screenwriter George Kuchar) and his first San Francisco Art Institute pupil (McDowell); their "glorious gift to posterity," to quote the first volume of Jack Stevenson's Desperate Visions, is a fleshy present that includes Kuchar's posterior. According to Stevenson's book, Kuchar was rumored to have written the screenplay while tripping on LSD during a Nebraska thunderstorm, though the truth—he penned it during a lengthy ballpoint frenzy at a YMCA in Oklahoma—is scarcely less lurid. 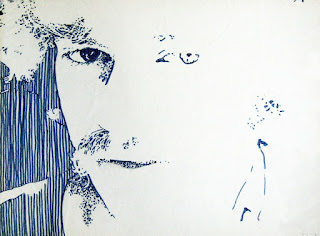 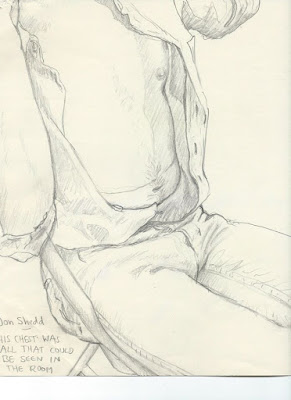 Lit so brightly that each groper resembles an amorous corpse, Thundercrack!'s black-and-white look is closer to the bawdy spirit of '20s stag films than to the tanned sandy boys and pink deep throats of its own era, and its fluid—in more ways than one—sexual-role reversals are a rarity today. "I give it; I don't take it," one supposedly top man repeatedly reminds male and female admirers, but by the end of the film his end is open to other ideas. The seemingly gay Chandler—whose name is proof that Kuchar's influence on John Waters had given way to give-and-take—flirts with het-eros after a curvaceous girl named Sash (Melinda McDowell) models a dildo and leather jacket for him: romance blooms from a blow job when, between slurps, she counsels him and gets to the root of his desires. 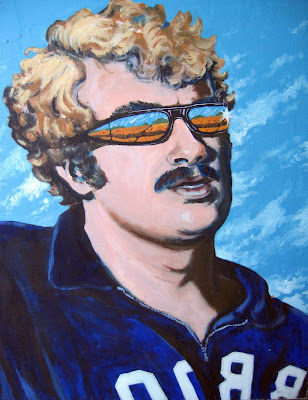 In his co-autobiography (with brother and fellow filmmaker Mike), Reflections from a Cinematic Cesspool, Kuchar describes the late McDowell as "sort of like a black hole turned white by swallowing too many milky ways." A similar "gravitational pull" controls the actions of the characters in McDowell's most infamous film. When Thundercrack! had its premiere at a Los Angeles film festival, Kuchar thrilled in seeing himself "on a movie screen that was still warm from the projected image of Liv Ullmann."
Posted by Michael Guillen at 12/06/2015 01:59:00 PM