The San Francisco Silent Film Festival (SFSFF) takes command of the Castro Theatre this Saturday for "A Day of Silents", a one-day, all-day autumn adjunct to the festival's main event held each spring. Highlights include an entire feature in two-strip Technicolor (The Black Pirate with Douglas Fairbanks), the resurrection of a long lost Harry Houdini film (The Grim Game) and a new restoration of Marcel L'Herbier's marvel of modernism, L'Inhumaine. Attendees will also travel Around China With a Movie Camera and experience a landmark silent starring Anna May Wong (Piccadilly). All five programs are being presented for the first time in the festival's 20-year history. 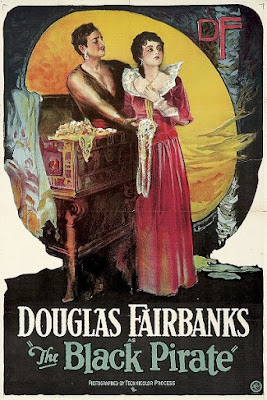 The day kicks off with the world's earliest, fully extant feature film shot entirely in two-strip Technicolor. Douglas Fairbanks, then at the height of his popularity, stars as a nobleman who avenges his father's death by surreptitiously joining a band of pirates. The film contains one of the actor's most famous stunts, whereby he slides down a ship's massive sail while simultaneously slicing it in half. The Black Pirate is also noted for its early underwater photography shot in and around Santa Catalina island. The First King of Hollywood: The Life of Douglas Fairbanks is a new book written by SFSFF board member Tracey Goessel, and she'll be on hand to introduce the movie. Musical accompaniment will be provided by the singular Alloy Orchestra, who celebrate their silver anniversary this year. Alloy has been largely missing from the festival proper in recent years, so it's terrific having them appear at these mid-year special events (they accompanied The Son of the Sheik and The General at 2014's "Silent Autumn". 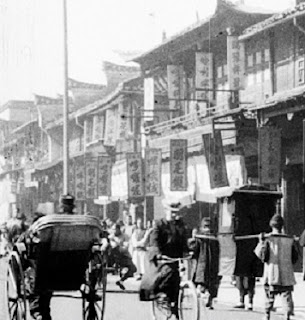 From the British Film Institute comes this compilation of travelogues, newsreels and amateur footage shot in China during the first half of the 20th century. They were made by a diverse group of French and British filmmakers that included missionaries, tourists, colonial-era ex-pats and a few bona fide professionals. High points include footage of turn-of-the-century Shanghai, 1910 imperial Beijing, the canals of Hangzhou in 1925 and scenes of various Hunan villages. Around China with a Movie Camera had its world premiere at this past June's Shanghai International Film Festival. It will be accompanied here in San Francisco by the inimitable Donald Sosin. 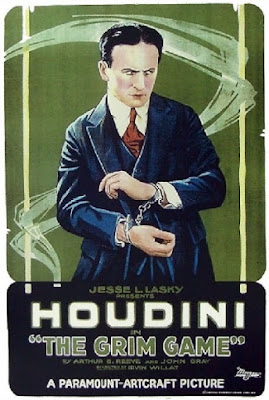 Magician and escape artist Harry Houdini was 45-years-old when he made this, his first feature. It was regarded as a lost work until just recently, when restorer Rick Schmidlin coaxed a copy from the hands of a 95-year-old retired Brooklyn magician / juggler named Larry Weeks. With Turner Classic Movies footing the bill, Schmidlin brought The Grim Game back to life and the restoration had its world premiere closing out this year's TCM Classic Film Festival. The plot is enough to make one's head spin, so let it suffice to say that Houdini plays a reporter who frames himself for murder in order to prove a point about circumstantial evidence. Feats of derring-do abound, including a jail break, extrication from a bear trap and an escape from a straightjacket while dangling off a tall building. The climax is an un-scripted midair plane collision from which Houdini escaped unharmed, not in small part because he was nowhere near the scene (although for years he claimed otherwise). The SFSFF presentation of The Grim Game will be introduced by the film's restorer Rick Schmidlin and Donald Sosin will accompany. 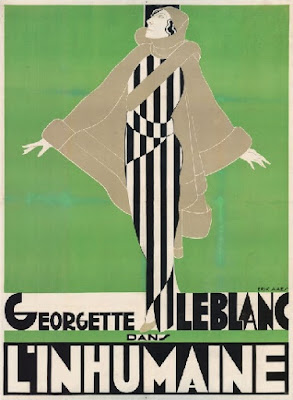 This melodrama with fantastical elements was described by its director / creator as "a fairy story of modern decorative art." It was also a financial disaster whose exhibition provoked fistfights between adherents and opponents. The plot loosely hangs on the story of an icy opera singer and the cadre of admirers she abuses. The titular inhuman woman is played by real-life singer Georgette Leblanc, a friend of the director who also put up half the financing. The real stars, however, are the eye-popping sets and costumes that sprung from the imaginations of painter Fernand Léger, architect Robert Mallet-Stevens and others. Pablo Picasso, Man Ray, Erik Satie, James Joyce and Ezra Pound all appear as extras in the movie's famous concert hall scene. Serge Bromberg's Lobster Films recently completed a restoration of L'Inhumaine, commissioning the Alloy Orchestra to compose a new score which they'll perform live on Saturday evening. Those who saw L'Herbier's L'Argent at SFSFF's "Winter Event" in 2011 have every reason to expect something wondrous. 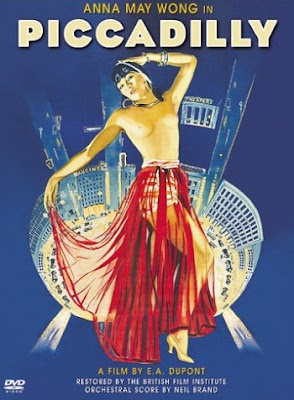 Anna May Wong left Hollywood for Europe in the late 1920's, searching for the kind of substantive roles that eluded the Chinese-American actress in Tinseltown. Piccadilly was the second of her British films and is generally regarded as the peak of her silent era career. In this lurid melodrama / proto-noir, Wong ascends from nightclub dishwasher to star attraction, thereby triggering a scenario of jealousy, betrayal and murder. In addition to fluid camerawork and hints of expressionism, the film is notable as the feature debut of Charles Laughton, who appears briefly as a boorish customer. Piccadilly last screened in San Francisco as part of a four-film Anna May Wong retrospective at the 2004 SF International Asian American Film Festival (now CAAMFest). This will be the only 35mm presentation at "A Day of Silents", and the inside word has it that the tinted and toned print from Milestone Films is as "dazzling as the day the British Film Institute restored it." Donald Sosin accompanies, with an assist from Bay Area percussionist John Mader.