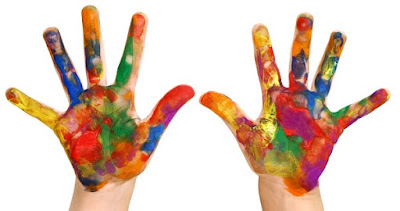 In retrospect, 2015 has been the year of my cinephilic recovery after 2014, which was one of the worst years of my life. The death of my beloved sister Barbara and a threatening HIV spike hindered my year with compounded stress and grief. By January 2015—recovering from illness in Palm Springs—I was exhausted with darkness and spent a morning stirring regrets and resolutions into my black coffee. I told myself, "Turn it around. Return to writing. Publish in national magazines. Do more on-stage presentations. Become more creatively and politically engaged in your communities."

My wishes came true. Within the month Cineaste accepted two of my interviews, Berkeley's Pacific Film Archive inivited me to participate in their Afterimage series and San Francisco publicists Larsen Associates invited me to conduct on-stage interviews with talent attending film openings in the Bay Area.

So I'm back, once again engendering mischief, with—as wordsmith Phil Cousineau has laid out—the understanding that "mischievous" stems from the same root as "achieve" (rising in popularity in the 14th century "to describe a malicious deed or a selfish accomplishment"). How much in love with words—whether spoken or written—can one fellow be to color some of his most favorite conversations of the year as "selfish accomplishments"? Here they are, offered alphabetically.

Robert Gordon (Best of Enemies, 2015)—My third published interview with Cineaste (Fall 2015, vol. 40: 4, pp. 36-39) was with Robert Gordon during the 58th edition of the San Francisco International Film Festival. His documentary Best of Enemies staged the opposed political views of William F. Buckley and Gore Vidal, as aired live on TV in 1968. Their barbed comments and insults made for great political theater and Gordon's documentary (co-directed with Morgan Neville) proved an important contribution to media history, such that Best of Enemies has advanced to the Oscars® documentary shortlist. My conversation with Gordon also indirectly provided the best working definition of what I feel my job is as a film journalist. When I asked Gordon about meeting Gore Vidal, he relayed how nervous he was going into that interview. He worried, "This is a man who will be able to instantly recognize my ignorance, certainly compared to his intelligence, and will have no problem chewing me up and coarsely spitting me out." In his own defense, Gordon rallied: "It's not my job to be an authority on all this stuff. My job is to be inquisitive about these things, bring what knowledge I've got to it, dive into it open-minded, and learn." I can't find a better articulation of my own working methods. 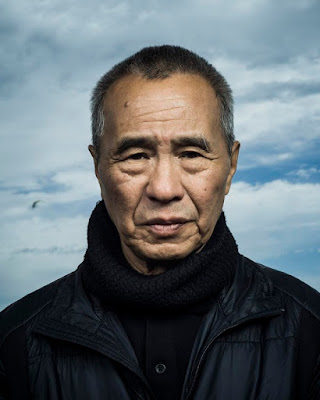 Hao Hsiao-hsien (The Assassin, 2015)—Everyone and his sister interviewed Hao Hsiao-hsien during his press rounds promoting his much-anticipated chuan'qi, The Assassin. I can't take much credit for that opportunity; but, was pleased that I got him to talk about gun control in the United States. I didn't see him talking about that anywhere else, and felt it was an important corollary to the film's central theme of insurbordinate conscience vs. blind obedience. But, more importantly, I was delighted that Gary Mark Morris published the transcript "A Different Space and Time: Hou Hsiao-Hsien on The Assassin" at his site Bright Lights Film Journal (BLFJ). I've been wanting to publish a piece in BLFJ for years. When I first started writing on film back in 2005, BLFJ gave me the courage to advance the pleasure of queer readings of film. I look forward to an ongoing relationship with Gary and his site in years to come. 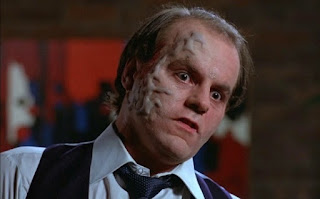 Michael Ironside (Synchronicity, 2015; Turbo Kid, 2015)—Genre icon Michael Ironside boasted two performances in films programmed at this summer's Fantasia International Film Festival and—though I got around to reviewing Synchronicity and interviewing its director (Jacob Gentry) and lead actor (Chad McKnight), I haven't yet had the opportunity to transcribe my conversation with Ironside; but, am thinking of pitching that one when it's done at Bright Lights Film Journal. Wish me luck. 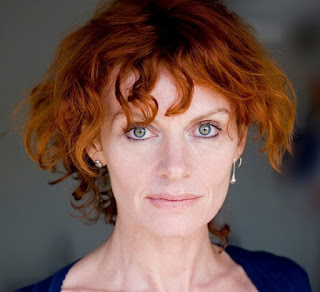 Nino Kirtadze (Durakovo: Village of Fools, 2008; Something About Georgia, 2010)—I'm someone who needs their world news curated and the documentary genre has become my favorite way of learning about global issues, specifically events in Russia and surrounding regions. Discussing her documentaries with Nino Kirtadze at her Pacific Film Archive (PFA) residency in conjunction with their Afterimage series was welcome and rewarding. It was a delight to befriend her and I'm immensely grateful to Susan Oxtoby and PFA for their invitation. Kirtadze's Durakovo (winner of the World Cinema Directing Award at the 2008 Sundance Film Festival) profiles the autocratic head of a rehabilitation center outside Moscow, but leads us to consider how political power in the Russian Federation works today. Something About Georgia examines the August 2008 war with Russia over the disputed region of South Ossetia and Georgia's relationship with the European community. Our multiple conversations over her week-long residency have been transcribed and I'm in the process of drafting a feature article on same. I'm hoping to publish that one at Film International sometime next year. Once again, wish me luck. 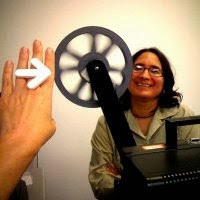 Dolissa Medina (The Crow Furnace, 2015)—I never take for granted the good fortune (dare I say luxury?) of interviewing lauded film talent, but have long felt it important to give equal attention to filmmakers less well-known rising up through the ranks. When I can use The Evening Class to help promote the work of filmmakers who are also friends, it's even more satisfying. Dolissa Medina and I first met during our involvement with the Galería de la Raza's (Re)Generation Project, founded by Amalia Mesa-Bains in 1995 to facilitate the involvement of the next generation of the Bay Area's Chicano/a and Latino/a artists. Since then, she has advanced as a found footage filmmaker, with The Crow Furnace being her best work to date. I'm often interviewing talent in fancy hotels like the Fairmont or the Ritz Carlton but my conversation with Dolissa was made all the more memorable for being intimately tucked away in a café and in the shelter of a stairwell during a rainy San Francisco afternoon as we assessed our roles as economic exiles gauging how "all skylines frame spectacles of loss."

László Nemes & Géza Röhrig (Son of Saul, 2015)—Among the nine films that have advanced to the Academy Awards® shortlist for Foreign Language feature, Son of Saul is reputedly the film to beat this coming year. Admittedly not a fan of Holocaust narratives, Son of Saul nonetheless captured my respect for achieving a subjective experience of the death camps rarely captured on film with no concessions to sentiment. It was great to have the chance to talk to first-time director László Nemes about his auteurial approach and first-time actor Géza Röhrig about how he crafted his characterization. A tremendous first effort on both their parts. 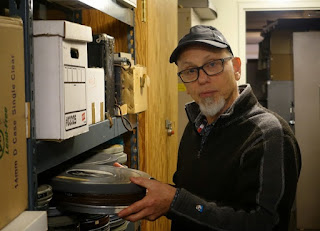 Steve Seid—Long the champion of the film maudit and the eccentric, let alone caught in the gravitational pull of the pulp oeuvre of David Goodis, and an exponent of the Mexican mastery of cinematographer Gabriel Figueroa, it was with considerable sadness and unflinching respect that I conducted an "exit" interview with PFA programmer Steve Seid upon his retirement. Seid's maverick programming over the years has provided many an insight, often delivered through a laugh, and I'll sincerely miss his curatorial signature in PFA's next phase of exhibition.

Charlie Siskel (Finding Vivian Maier, 2013)—As part of its ramp-up to the Academy Awards® earlier this year when Finding Vivian Maier advanced to the documentary shortlist, a special screening was held in San Francisco to an invitation-only audience, and I was honored to be invited by Karen Larsen of Larsen Associates to introduce the film, engage director Charlie Siskel in conversation afterwards, and moderate a Q&A session with his audience. 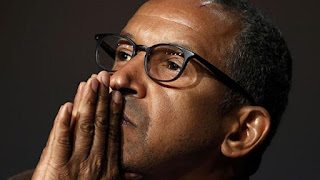 Abderrahmane Sissako (Timbuktu, 2014)—And so we return to this entry's introduction where I am recovering from illness in Palm Springs while attending the Palm Springs International Film Festival, whose Awards Buzz program annually offers the Oscar®-shortlisted Foreign Language films. Affirming to publish in an American film magazine, I have to shout out here to Richard Porton who years back invited me to contribute to Cineaste, and who helped usher in my first manuscript for them—"Hidden Certainties and Active Doubts", my conversation with Sissako—thereby securing my first dream come true for the year. That conversation was published in their Spring 2015 issue vol. 40: 2, pp. 42-45. Moved by a real-life incident, Sissako's Timbuktu depicts how the "values of humanity" have been taken hostage by portraying the menace that Islamic fundamentalism poses for a family in Timbuktu. Elegant and kind as we conversed, Sissako further reminded me that—along with documentaries—conversations with foreign directors allows me a sense of being in communication with the world.

Andrey Zvyagintsev (Leviathan, 2014)—Likewise in Palm Springs, and again as part of their annual Awards Buzz program, I had the opportunity to meet and share a delicious lunch with Russian nominee Andrey Zvyagintsev and his expert translator Roman Skryabin. Imagine my pride when Cineaste not only published my Sissako interview in their magazine but featured my conversation with Zvyagintsev as a website exclusive! A double hitter in the first inning! Cineaste is currently reformatting their archived Web Exclusives to adhere to the design of their new website. The archives will be available again in the near future; hopefully my "conversation with Andrey" will be among them.

Honorable Mention: Sun Blood Stories—Finally, and again within the satisfying domain of friendship, I was delighted to flex my wings a bit to interview Sun Blood Stories, hailing from Boise, Idaho. It's truly different to interview musicians than film talent and I appreciate that my friends were so patient with this fledgling effort. The music scene in Boise, Idaho far outshines its film scene so, perhaps, coming years will see a shift at The Evening Class towards that direction? But those are conversations for another time. See you next December.
Posted by Michael Guillen at 12/30/2015 04:55:00 PM