As a younger man during the so-called "Mens Movement", I attended several seminars with poet Robert Bly who—at a seminar entitled "Leaping Between the Horns of the Bull"—likened poetry unto an act of leaping. He posed that often the best poetry is the leap made over the staged tension between one image and another, often disparate and seemingly at odds. He envisioned the horns of the bull as those two disparate images over whose tension the poet leaps.

That staged tension and its concomitant poetic impulse is evident in the work of Dutch artist Marijn van Kreij, the most recent resident at MING Studios, whose creativity similarly resides in an inbetween zone, not only between images, but between mediums, and between himself as an artist and his participatory audience. For the last couple of weeks van Kreij has been working on an installation for his solo exhibition "Traces", opening April 25, 2015 at MING. The title of the exhibition refers to the song "Traces" by the internationally acclaimed, Boise‐based band, Built to Spill. Van Kreij's intention is for the lyrics of the song to act as an intangible platform to build from.

He explains: "In a very direct way the lyrics make you think about the mind and the distinction between an inner and outside world and how this thin line is actually not so clear at all sometimes, if at all traceable. I am planning to set these lyrics against new abstract works on paper which are all based upon images from a book I brought from my Amsterdam studio, called Klee en Cobra: Het begint als kind. I am forcing myself and the viewer to relate these two disparate sources. I believe what is to be found in between might be worthwhile. I am aiming to create these gaps for thought." 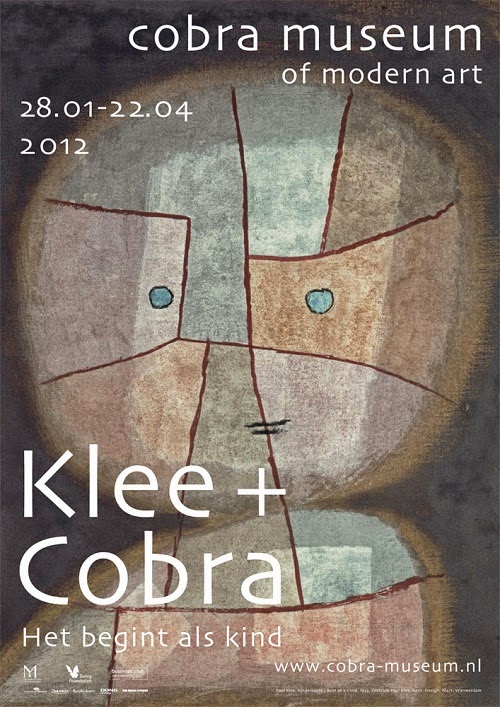 As MING contextualizes: "Van Kreij's work often magnifies the subtleties of daily life caught by the artist's eye and ear. His work engages with and reflects upon 'the creative act' in the broadest sense. Repetition and the reuse of existing imagery and text play a key role within his practice. His most recent exhibitions are experiments on how music and visual elements—drawings, paintings and text pieces—may connect to each other and shape the experience of the audience."

Marijn van Kreij (1978, Middelrode, NL) has exhibited extensively throughout Europe. His work can be found in major collections including Stedelijk Museum, Amsterdam and Bonnefantenmuseum, Maastricht (NL). "Traces" at MING Studios marks the artist's first solo exhibition in the United States.

MING Director Jason Morales first introduced me to van Kreij when we were waiting in line for Geographer on the first night of Treefort Music Fest. Shortly after Treefort, I sat down with Morales and van Kreij to talk about the upcoming installation before heading out of Boise to San Francisco on festival track. Van Kreij is lanky, laconic, and observes others with earnest intelligence and a hint of bemusement. He's inquisitive and alert.

I first asked Morales to lay out MING's strategy regarding the artist residency programs and why exposing local artists to international artists could prove beneficial. Morales underscored that the specific strategy of the MING Studios artist residency program is to support the local artist community by attracting international artists. Even with the Boise Art Museum (BAM), Boise's exposure to artists working in the Netherlands, India, and all over the world is limited and indirect (BAM's charter, in fact, concedes limitations to what they can offer by way of international art). But Morales is convinced that interaction between local and international artists creates a mutually-beneficial exchange of ideas, practices and opportunities. He envisions the cross-pollination moving both ways. By example, he considers the upcoming experience of a local artist MING will be profiling later this year who will then be given the opportunity to dialogue with cultural institutions in Europe. And to be fair, it isn't just European artists who will achieve exposure at MING, as the recent (and highly popular) exhibit of Noel Weber's work revealed.

"We are looking to also offer opportunities to local artists but it is in the context of an international community," explained Morales.

Funding such cultural exchanges is an ongoing negotiation. The Mondriaan Fund was instrumental in arranging for van Kreij to participate in the MING residency. During Jaialdi, MING hopes to expand Basque cultural expression by exhibiting the work of a Basque artist who, in turn, will be reaching out to various organizations in his region, both cultural and commercial, including previous sponsors, to help finance his exhibition. In gist, fiduciary involvement varies from artist to artist. MING is already collaborating with institutions in Germany for artists they're considering for next May. Hopefully, they'll be able to secure grants in Idaho, as well as develop internal fundraising efforts.

Resident artists are chosen through an involved, meticulous process of selection. In the case of Marijn van Kreij, he came recommended by MING's advisor Kerstin Winking, curator for the Stedelijk Museum. Winking had worked with van Kreij previously and was instrumental in identifying him, along with several other artists. She worked in the Global Collaborations effort at Stedelijk Museum Bureau Amsterdam (SMBA), which Morales advises—though on a different scale—is similar in relationship as MoMA is to MoMA PS1, and MoCA in L.A. and its offshoot's raw space. Comparably, the Stedelijk Museum has its primary space and then it has SMBA, a smaller venue where they host experimental and younger artists. As project coordinator for SMBA's Global Collaborations project, Winking has been discovering and grooming artists on behalf of the Stedelijk Museum.

As required by the Mondrian Fund, van Kreij filled out an application for MING so that the studios could better understand his concept and use of space and how his exhibition would be executed, what types of materials would be needed, and the project's potential reach. Reaching Boise's community is one thing but the hope is that his installation will likewise speak to a Dutch audience, or a German audience, whichever other audience to which an artist resident may have access. Of course, as of yet, van Kreij doesn't know what Boise or Idaho audiences will contribute to the equation.

Michael Guillén: What was it, Marijn, that drew you to Boise and made the MING Studios residency an attractive exercise for you?

Marijn van Kreij: Definitely that I was invited by Kerstin who I'd worked with before. I trusted her that this would be an interesting place for me. I'm not sure why she thought of me to show here. I haven't done many residencies. I've just started on this one for MING, but I think I will be able to work in a relatively quiet and relaxed way here, which will also be kind of new for me. It's something I look forward to. It's always interesting to have your work shown to a different audience with a different background.

Guillén: Are you billed as an experimental artist? Is that how you think of yourself?

van Kreij: No, no. Though what I'm going to do at MING is something of an experiment for myself, I feel I'm a painter draftsman who makes installations.

Guillén: My understanding is that you're saluting Idaho by taking a Built to Spill song and creating an installation from that?

van Kreij: It's kind of tricky, but this band Built to Spill was my only reference to Boise. I had already heard them in Europe. When I was invited, I remembered they came from Boise, so I began to listen to their music again. I was thinking about what to do here and—while I was listening to their song "Traces"—it spoke to me, and it served as a trigger, a starting point. My work is ultimately about combining different sets of information—be it visual, or sound. The experiment for me is how things work together. It's not so much about one single piece.

Guillén: So it will be a true installation, then?

van Kreij: That's how I see it, yeah. There will be things on the walls, which is classic; but, I hope to make it all one feel, one environment, and maybe add music or text so they play equally.

Jason Morales: On that note, too, this is something that is also attractive for us here at MING from a residency standpoint: we are looking for artists who will use the space, and work within the space. Nothing is fixed. They get a blank canvas in the space itself. Some may bring some work they've done before to incorporate into the project, but, generally speaking, how they absorb their experience here and their use of this physical environment is influential on what their exhibition then becomes. That's part of what we look for. We're not fixed on anything, of course. There may be exceptions to that at some point but, as a general approach, that's a critical element to the residencies.

Guillén: What kind of paper do you paint on?

van Kreij: All kinds of paper. I make a lot of drawings where I incorporate text.

Guillén: Are they meant to last? Or do you think of them as ephemeral?

van Kreij: Well, I started to work with and propose the idea of an ephemeral quality, that the project was not a final thing, which is my concern with painting: that it will become this definite thing.

Guillén: You're clear on the difference, then, between art and an artifact? You prefer flux and movement?

van Kreij: Very much so. That's why I'm involved with what happens inbetween the works on the walls and the sound or text. It's not this thing. It's about what happens inbetween, in your head. Let's say you just came in off the street after seeing a car accident, you would walk into this space differently, no? I'd like to do something that feels like that.

Guillén: So your artistry is its own ongoing process?

van Kreij: And maybe involves the viewer into the process. I invite them to be a part of the work I'm making to witness the traces of what's happened.
Posted by Michael Guillen at 4/22/2015 07:53:00 PM