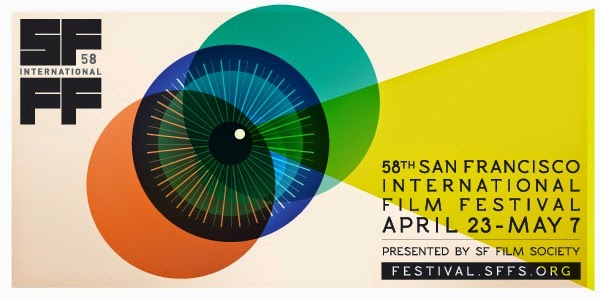 Once upon a time, the San Francisco International Asian American Film Festival (SFIAAFF) was the principle way Bay Area movie lovers kept up with Asia's key filmmakers. Kiyoshi Kurosawa, Apichatpong Weerasethakul, Hou Hsiao-hsien, Hong Sang-soo, Brillante Mendoza to name a few, were all directors whose films screened at SFIAAFF, often with the filmmaker in person accompanying a small retrospective. Since SFIAAFF transitioned into CAAMFest, however, they've evolved away from programming the higher-profile Asian art films one might find being discussed, for example, at Fandor's Keyframe Daily or in the pages of Film Comment or Sight & Sound. Luckily for us, the San Francisco International Film Festival has stepped up big time. The festival's 58th edition includes nearly every new and noteworthy Asian-centric film my cinephilic heart could desire. 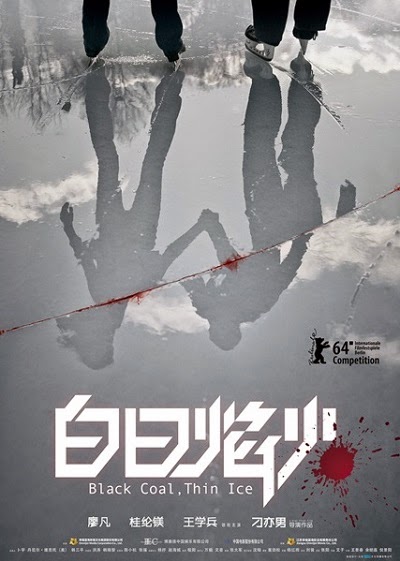 I had almost lost hope of ever seeing Black Coal, Thin Ice, the Chinese neo-noir that won Berlin's Golden Bear and Best Actor prizes well over a year ago. It's one of two Asian features I had the chance to preview on DVD screener and it was well worth the wait. Written and directed by Diao Yinan, this slow-burning, neon-hued policier follows a dejected former detective as he investigates a sad-eyed laundress who might also be a serial Black Widow. Set in the wintry northeastern province of Heilongjiang, Diao's brooding, off-kilter yarn yields a succession of swell surprises—death by ice skates, nocturnal Ferris wheel sex, and a beauty parlor shootout that could be the biggest WTF moment you'll have at the festival. 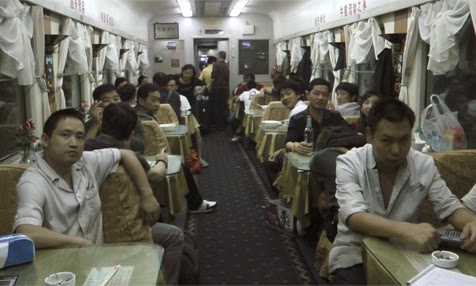 I've also had a look at J.P. Sniadecki's The Iron Ministry, the latest doc from the folks at Harvard's Sensory Ethnography Lab. While less abstract than Leviathan (SFIFF 2013) and not as formally rigorous as Manakamana (SFIFF 2014), Sniadecki's film sticks to the SEL template of visually engaging, observational-yet-immersive non-fiction filmmaking. This intimate look at Chinese passenger trains begins with several minutes of black screen accompanied by grinding metal. Then the camera sets off to probe the train's physical components. When a human element is finally introduced, it's in the form of a boy's brilliantly sarcastic parody of train safety announcements. Sniadecki captures the chummy claustrophobia endured by eating and sleeping passengers and we the viewers are rarely permitted a glance at the train's passing scenery. The director records, and occasionally participates in, guarded conversations about life concerns in contemporary China. The film's bravura set piece has Sniadecki trailing a snack vendor as he wends his way through the train. The one thing everybody wants—instant noodles—is of course the only thing he doesn't have. In anticipation of SFIFF58's screening of The Iron Ministry, the Pacific Film Archive will host a two-night retrospective of Sniadecki's work, with the director in conversation with local film writer Max Goldberg. 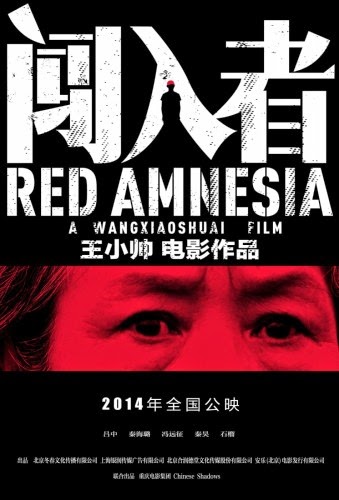 The Chinese film I'm most anxious to see at the fest is Red Amnesia, the third entry in director Wang Xiaoshuai's (Beijing Bicycles) Cultural Revolution trilogy. Veteran stage actress Lu Zhong stars as an older widow disoriented by the massive changes in modern China. She has strained relations with her two sons—a successful businessman and a gay hairdresser—and she's being stalked by a mysterious stranger who may possess unsavory knowledge of a past transgression. I'm also curious about Peter Ho-Sun Chan's Dearest, which takes on the subject of child abduction in a nation that still enforces a "one-child" policy. In his review for Variety, critic Peter Debruge claims the film's first half "reeks of self-righteous social-issue filmmaking," but then "takes a sharp turn into far more interesting, morally complex territory," once the child in question is returned to his parents. As a possible antidote to all these serious art films, SFIFF58 will also present legendary director Tsui Hark's 3-D historical action-adventure blockbuster The Taking of Tiger Mountain, adapted from one of Madame Mao's infamous Eight Model Plays from the Cultural Revolution era. 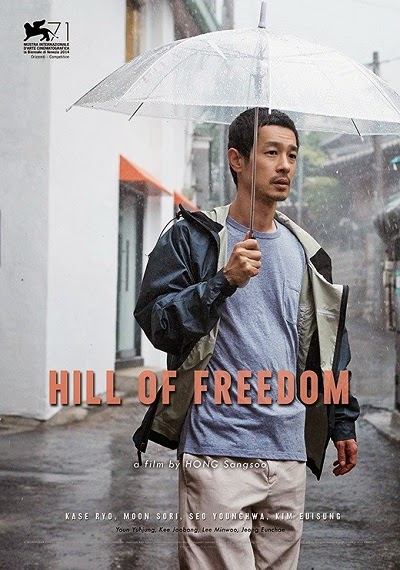 South Korea is represented by three films in the SFIFF58 line-up, beginning with the latest joint from prolific auteur Hong Sang-soo. Hill of Freedom is the time-fractured tale of a Japanese man tenaciously determined to regain the romantic affections of a Korean colleague. This 66-minute film with mostly English dialogue received mixed reviews when it played at Venice and Toronto, but I'm delighted for the chance to see it on a big screen. At nearly three times the length, writer-director-actor Park Jung-bum's 180-minute Alive is said to be an immensely powerful and incessantly grim depiction of a rural factory worker's struggles. Park's last film, The Journals of Musan, won the festival's New Directors Prize in 2010. Finally, in Kim Seong-hun's slick police thriller-cum-social satire, A Hard Day for one cop begins with a hit-and-run accident on the way home from his mother's funeral, and then proceeds to get worse. The film's final twist reportedly "brought down the house" at its Directors' Fortnight premiere at Cannes. 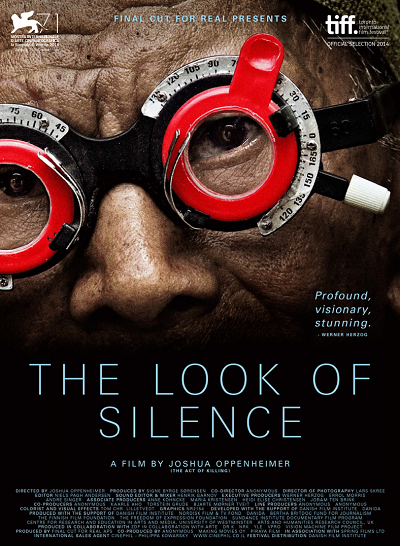 Two years ago SFIFF audiences were blown away by The Act of Killing, in which shameless, 1960's Indonesian paramilitary death squad leaders reenacted their crimes in the style of various Hollywood movie genres. Joshua Oppenheimer's stunning documentary would eventually receive an Oscar® nomination. Now the filmmaker returns with The Look of Silence, an equally acclaimed follow-up that shifts focus from perpetrator to victim, following the efforts of one Indonesian family to reconcile the 1966 murder of a beloved brother and son. If you're unable to catch either of SFIFF58's two screenings (one in SF at one at the PFA), The Look of Silence will open at Landmark Theatres on both sides of the Bay come July 31. 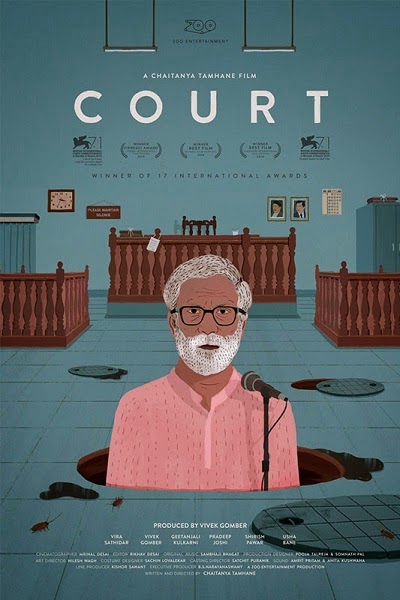 Amongst the remaining Asian selections at SFIFF58, I'm most intrigued by Chaitanya Tamhane's Court. This Indian narrative feature depicts the trial of a 65-year-old social activist and performer, who is charged with murder after a sewage worker listens to one of his songs and then kills himself. Court distinguishes itself by delving into the personal lives of all involved—including the accused, the dead man's wife, the judge and the opposing legal teams—creating an enactment that indicts both India's class and judicial systems. The film created a lot of buzz when it screened at last month's New Directors New Films series at Lincoln Center and it's one of nine competitors for our festival's New Directors Prize. Other SFIFF58 Asian films competing for the same prize include Diep Hoang Nguyen's Flapping in the Middle of Nowhere from Viet Nam, and Afghani Oscar® submission A Few Cubic Meters of Love from director Jamshid Mahmoudi. Rounding out the festival's Asian roster is a pair of films from Japan: Daigo Matsui's Wonderful World End and Dark Wave selection The World of Kanako, a violent thriller starring immediately familiar actors like Kôji Yakusho and Joe Odagiri.