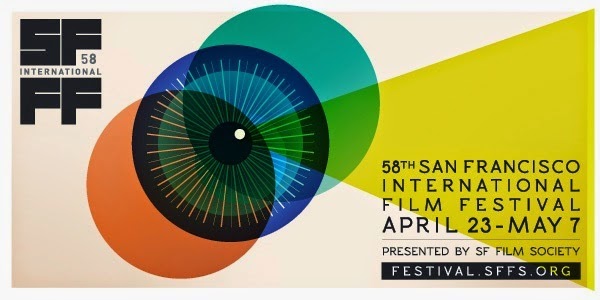 A seemingly revitalized San Francisco International Film Festival (SFIFF) unveiled the line-up for its 58th edition at a press conference last week. Duly impressive in both breadth and imagination, this year's fest is the first to bear the full imprint of SF Film Society Executive Director Noah Cowan, who was appointed to the job 14 months ago.

The first thing regular SFIFF attendees might notice is the structure under which films are now organized. "Marquee Presentations" is a new section comprised of "the festival circuit's most buzz-worthy titles," that will "often include interesting personalities in attendance." Fortunately, buzz-worthy hasn't translated into bigger ticket prices for these 18 select films. "Dark Wave" encompasses the genre films previously exhibited under the fest's Late Show banner and "Vanguard" is a newly created section for experimental works. All other non-competition feature films fall into the potentially nebulous categories of "Masters" and "Global Visions". This year's 79 shorts will be spread across six programs and can be found amongst the Golden Gate Awards Competition listings.

Another practicality worth mentioning for 2015 festival-goers is that after five years, the New People Cinema venue is out and Landmark's Clay Theatre is back in. Although I appreciated New People for its close proximity to SFIFF's main venue, Sundance Kabuki Cinemas, not to mention the stadium seating that guaranteed clear sight lines to the subtitles, its subterranean location could become unbearably warm and stuffy, particularly for the final screening of the day. The Clay is a longer schlep from the Kabuki, which can be problematic if you have limited time between movies. But it's a worthwhile trade-off because the Clay's DCP projection, in my opinion, is the most gorgeous in the city. I'm also ecstatic the festival will be using the beloved Castro Theatre more than in recent years. The Mission District's Roxie, which most certainly has been used as a venue at some point since the fest's founding in 1957—although perhaps not in the 40 years I've been attending—will host the Dark Wave shows on Friday and Saturday nights. 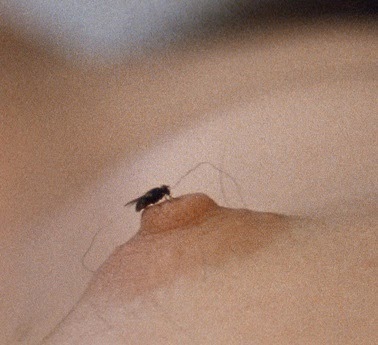 In my first report for SFIFF58, I explored the awards and special events that were publicized prior to the festival's opening press conference. Here are some thoughts on those just recently announced. Apart from Jason Segel's personal appearance, nothing in SFIFF58's line-up excites me as much as rock band Cibo Matto's gig at the Castro Theatre on May 5. I've been a fan since their 1996 debut Viva! La Woman, and was relieved when last year's comeback album, Hotel Valentine, turned out to be amazingly good. For their Castro gig, the band will perform a new score for Yoko Ono's 1970 film Fly, in which the camera follows a housefly for 25-minutes as it circumnavigates a nude woman's body. Here's hoping they'll find a way to incorporate Yoko's "vocalizations" from the original soundtrack. The Cibbo-Ono connection actually goes back to when Sean Ono Lennon was in the group and romantically linked with band co-founder Yuka Honda. Cibo Matto also provided back-up for Yoko when she performed at the 1996 Free Tibet concert in Golden Gate Park. Their SFIFF58 program will include a new score for the 1970 film adaptation of Oskar Schlemmer's famously trippy Bauhaus-era Triadic Ballet (which you can preview here), and other promised treats. 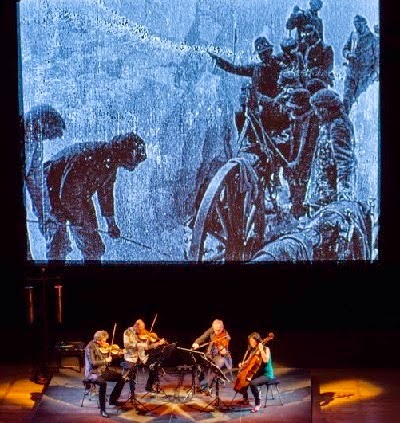 Another propitious-sounding program from SFIFF58's "Live & On Stage" sidebar is Kronos Quartet Beyond Zero: 1914 - 1918. The venerable San Francisco avant-garde string quartet will perform Serbian composer Aleksandra Vrebalov's titular anti-war composition, which incorporates everything from air-raid sirens to chanting monks. The program's visual element is supplied by filmmaker Bill Morrison, best known for his experimental collage film Decasia, which played the festival in 2002. Morrison has taken 35mm nitrate films shot during the Great War, converted them to HD and assembled them to accompany Vrebalov's musical construction. The rare WWI imagery Morrison recovered is believed to have "never been seen by modern audiences." For a more detailed description of the work, check out these notes on Kronos' website. 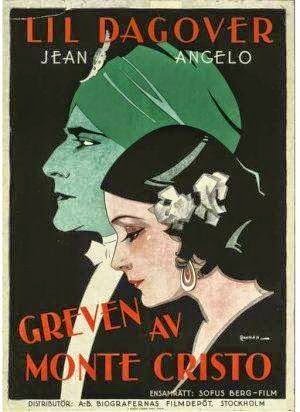 While Cibo Matto occupies the time-slot traditionally given to a silent film accompanied by live rock music, have no fear, there will be classic silent cinema at SFIFF58. This year's Mel Novikoff Award, presented annually to an individual or institution enhancing the public's appreciation of world cinema, goes to "translator, scholar and film sleuth" Lenny Borger. The program will include a screening of Henri Fescourt's 1929 silent masterpiece Monte-Cristo (a North American premiere clocking in at 218 minutes!), in a new restoration spearheaded by Mr. Borger. Prior to the Monte-Cristo showing, Variety critic Scott Foundas will interview Borger, himself a former Parisian correspondent for the esteemed trade journal. Their conversation will revolve around Borger's career as a sub-titler of classic French cinema—his work includes new translations for The Rules of the Game, Children of Paradise, Quai des Orfervres and many others. For some fascinating background on Borger, check out this interview at Paris-Expat.com.

This year's Persistence of Vision Award, given to a "filmmaker whose main body of work falls outside the realm of narrative feature filmmaking," honors British documentarian Kim Longinotto. Her powerful, women-centric films have been a mainstay of the festival for 15 years, with my own personal favorites being Divorce Iranian Style and Gaea Girls (the latter a look at Japanese female wrestlers). The program will include an on-stage conversation (interviewer still TBA) plus a showing of Longinotto's latest work. Dreamcatcher is a portrait of Brenda Myers-Powell, a 25-year veteran of prostitution in Chicago who now dedicates her life to preventing the sexual exploitation of at-risk youth. 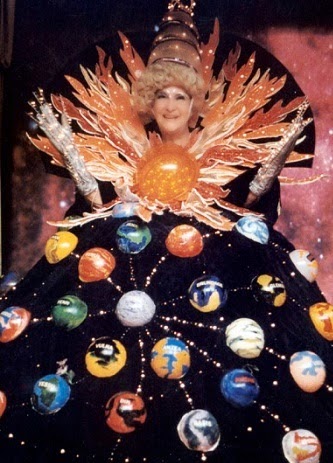 I'm probably safe in predicting that the wildest and weirdest—and perhaps the most wondrous—SFIFF58 program will be Welcome Space Brothers: The Films of the Unarius Academy of Science. Unarius was / is a benign Southern California religion/cult, who in their 1970 / 1980's heyday employed public access TV to spread a message of reincarnation and psychic space travel. Documentary filmmaker Jodi Wille (The Source Family, SFIFF 2012) will be our guide to all things Unariun. Her program will feature a compilation of the Unarius Academy's "best" videos and a screening of the 1979 featurette The Arrival, which is about "an aborigine who overcomes psychic amnesia to work through his past life as a genocidal space commander." The Q&A will be attended by "core Unariuns." Wouldn't miss this for all the stars in the galaxy! 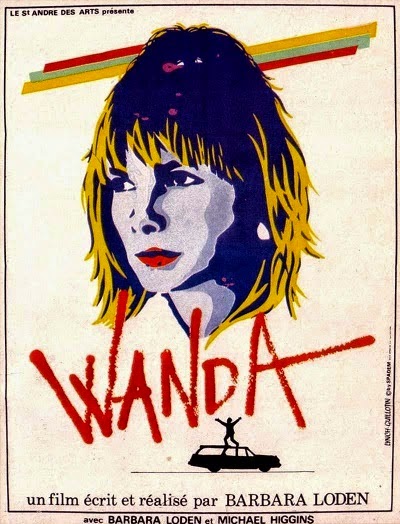 In addition to the aforementioned Monte Cristo and Guillermo del Toro's The Devil's Backbone, SFIFF58 will feature three more revivals—two of them newly restored 35mm prints courtesy of UCLA's Film & Television Archive. Wanda (1970) is considered a progenitor of the American independent film movement and Barbara Loden is credited with being the first woman to write, direct and star in her own feature film. This story about a disaffected coal miner's wife who hooks up with a petty criminal was the only film to be directed by Loden, who was also a Tony Award-winning actress, Ernie Kovacs TV show sidekick and second wife to Elia Kazan. Also screening in 35mm will be Stanton Kaye's Brandy in the Wilderness, a 1969 "diary" film depicting the dissolution of Kaye's relationship with writer / actress Brandon French. 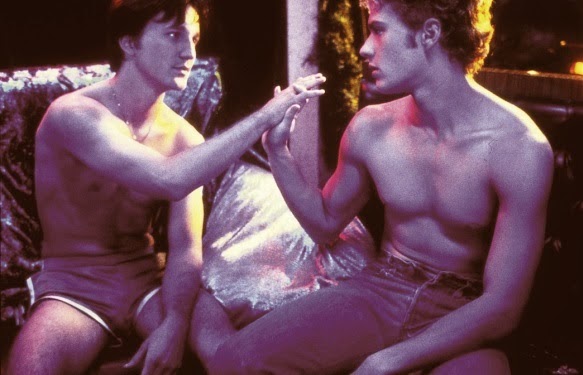 Finally, SFIFF58 will host the U.S. premiere of 54: The Director's Cut, a near total reconstruction of Mark Christopher's reviled 1998 flick set in NYC's debauched discotheque, Studio 54. This new version screened to acclaim at this year's Berlin Film Festival, resulting in its being rebranded a minor masterpiece. Director Christopher, as well as actors Ryan Philippe and Breckin Meyer, are expected to attend the sure-to-be-fabulous Castro Theatre screening on the second night of the festival. For a fascinating overview of 54's tortured history, check out this article by Variety's Peter Debruge.

The far-out future of the movie-going experience will be amongst the topics for rumination in SFIFF58's State of Cinema Address. The talk will be delivered by none other than Douglass Trumbull, the director, visual effects artist and inventor responsible for the look of such movie classics as 2001: A Space Odyssey, Close Encounters of the Third Kind and Blade Runner.