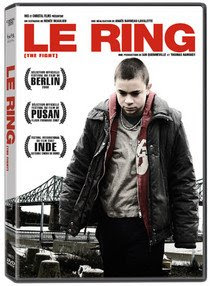 This has been said by many other writers, but it begs to be said again and again, with the riches presented to us by many solid Bay Area festivals, the choices can seem overwhelming at times. Even when our categories are reduced to the national level, or in the case of the Quebec Film Week (QFW), the provincial and linguistic level, the selections can still seem like too much to process all at once. Thankfully, the films presented for us at QFW allow for some nice compartmentalization to make your viewing experience even more manageable than the fact they all come from one Canadian province. 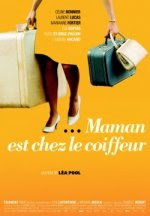 Let’s begin with films that present the point-of-view of children. QFW has on tap a gender-balanced coupling of a boy’s life in the low-income housing of Montreal, Anaïs Barbeau-Lavalatte’s The Fight (Le Ring, 2007), and an upper-class girl’s life in 1960’s Quebec Suburbia in Léa Pool’s Mommy Is at the Hairdresser’s (Maman est chez le coiffure, 2008). The Fight follows a 12-year old boy who negotiates through his own limitations and the limitations of those around him. The young boy’s only respite seems to be the occasional joy of Montreal’s localized variant of the global professional wrestling circuit. Although I found the editing of the narrative too abrupt at times, particularly our rush to resolution, the underlying theme of hacking the scripts with which life pummels you, and paralleling that with disrupting the narrative demands of professional wrestling’s drama, is an intriguing theme. But even if its execution results in lesser resonance, this is Barbeau-Lavalatte’s debut, and I’m prone to give debuts slack. (The film’s shorter running time, 87 minutes, would allow for a nice opportunity for the Bay Area to get another chance to check out the short documentary La Lutte (1961), previously screened in 2006 at the Pacific Film Archive Michel Brault Retrospective. Also about professional wrestling in Montreal, La Lutte could teach its young protégé a thing or two about pacing. The slow rising up of the crowd, rushing through the fourth wall to be part of the spectacle themselves, provides the necessary resonance of emotion to have stayed with this viewer years later, something I feel The Fight lacks. Unfortunately, as far as I know La Lutte is not part of the programming for QFW.)

Mommy is at the Hairdresser’s shows much better execution, as we should expect from the director of multiple award-winning Set Me Free (1999), which screened at the San Francisco International Film Festival in 2000. The film oozes the 60’s, from the fashion, to the design of the home, to the emerging freedoms of adolescence on display. Presented primarily from the perspective of the family’s teenage daughter (a POV we need more and more of from our cinema), the film follows a single summer where the oldest brother works on his go-kart, the youngest son begins to exhibit developmental issues, the parents’ marriage dissolves due to beginnings of two separate, yet connected, social movements, all while the daughter tries to make sense of it all. Now that I’m in my later 30’s, I have a little more sympathy for the difficulties of the parents than Pool’s film presents here, but I appreciate the necessity of solidarity amongst the siblings too. Pool is definitely a visionary filmmaker whom I hope Quebec and greater Canada continues to support.

A second category option is dystopia, particularly Stéphane Lafleur’s Continental, a Film without Guns (Continental, un film sans fusil, 2007) and director Denys Arcand’s The Age of Ignorance (L’âge des ténèbres, 2006). Concerning the latter film, I will be seeing it when you all do, during the festival, so I can’t say much about it yet. But it is the film I anticipate the most, considering the impressive oeuvre Arcand has accumulated so far, The Decline of the American Empire (1986), Jesus of Montreal (1989), and Academy-Award-winning Best Foreign Language film, The Barbarian Invasions (2003). I have seen Continental, a Film without Guns and it’s another film like Mommy is at the Hairdresser’s where the style grabs you. However, this is not a film projecting into the past, but our present. (Interestingly, when watching the screener at my house with Hell on Frisco Bay’s Brian Darr, we were both slightly confused about what time the film was taking place within, since both an answering machine and Rush-ish progressive rock play prominently. It wasn’t until a modern cell phone appears that we settled for the film taking place in the now over taking place in the 80’s. I would later learn from an interview with Benoît David on the Canadian Broadcasting Corporation’s Q: The Podcaset that prog rock is a staple genre of Quebec, David being a frontman for Montreal Yes cover band who has since replaced a recovering John Anderson on the real Yes tour.) The lighting is dim, almost chiaroscuro, making us feel as if we are always in a basement. The camera occasionally encourages such a cramped, claustrophobic feel as it sits behind the characters at shoulder height, as if they could hear us breathing down their necks. Considering how pathetic the lives of the characters in Continental, a Film without Guns are, the film’s title implies that if they did have guns, they’d have killed themselves. This is a discomforting film to watch, but that doesn’t mean it’s a bad one. It’s entertaining in that unnerving way that dystopia films can be. Still, the resolving scenes of the multiple narratives that bounce off each other don’t seem to fit nicely within the overall mood of the film, leaving the style of the film to be the only thing that stays with this viewer.

We could add the documentary The Last Continent (Le Dernier Continent, Jean Lemire, 2007) to this list of dystopia films, since it follows a crew of Quebecoises as they prepare to weather a winter in Antarctica; winter weather that seems to take forever to emerge due to the effects of global warming. Irony abounds in this film because the crew, and by extension, the audience, are prepared so well for the dangers of a long winter’s nap at the end of the world, that we begin to long for that claustrophobia when winter refuses to come as soon as anticipated. Plus, because the expected strong sheets of ice take so long to transpire, the crew ends up being even more claustrophobic and in danger, since they can’t leave the ship when ice bridges from the ship to the shore have yet to form and because they can’t use nature as a refrigerator for their perishables. Although the impact of The Last Continent is dampened somewhat by the use of a somewhat generic score and the occasional over-narration provided by actor (and Canadian) Donald Sutherland, this film provides further evidence to the nature of the global warming problem that we face in this young century. 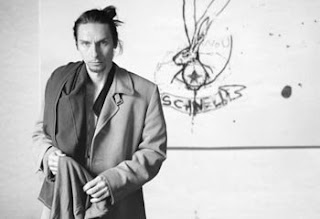 Finally, we can contrast the documentary The Last Continent, with the faux-cumentary Missing Victor Pellerin (Rechercher Victor Pellerin, 2006), directed by Sophie Deraspe. The film follows the former acquaintances of a fictitious painter who disappeared just after re-acquiring all his paintings and setting them on fire. Deraspe eventually puts herself in front of the camera as she becomes one of the pieces of the larger puzzle that is Pellerin’s identity. This film came along at just the right time in my viewing schedule, since I’d recently checked out from the library both My Kid Could Paint That (Amir Bar-Lev, 2007) and Who The #$&% is Jackson Pollack? (Harry Moses, 2006), both non-fictional stories that flesh out the mechanisms and maneuverings of the art world, featuring antagonists who refuse to abide by the rules to demonstrate how those rules rig the game and the players. The difference in Missing Victor Pellerin is that we have an insider causing the disruption. Although not up to the level of Orson Welles’ F Is For Fake (1974), I still found Missing Victor Pellerin intriguing all the way through to its discovery at the end.

Of course, there are other categories that could be catalogued, such as Quebecois masters, which would include Arcand’s The Age of Ignorance and Claude Jutra’s Mon Oncle Antoine, a classic of Quebec cinema from 1971. And like The Last Continent, films could be dropped in many different categories. Yet, the over-arching theme of all the contemporary films that are part of the QFW is one of resounding desperation; the overwhelming mood is one of depression. This mood so saturates the films, that when The Fight and Continental, a Film without a Gun try to lift our spirits at the end, is seems out of place. These happy resolutions are not done in Hollywood affect imposed by the powers that move that industry, but arise as if the directors realized near the end that they’ve really put us through the ringer emotionally and they’d better cheer us up quick. For this reason, I decided to forgo seeing Lyne Chalabois’ Borderline (2007), a film about a drug addict whom the program describes as a “pained protagonist”. I just couldn’t take anymore. Regardless of the accolades actress Isabelle Blais has received, and regardless of how representative of modern Quebec literature Walrus magazine claims source semi-autobiographical novel is, I decided that I could only handle one more dystopia, and chose Arcand’s. But that doesn’t mean I’m done with Quebec Cinema, it just means I need some Bon Cop, Bad Cops (Erik Canuel, 2006), some of the more mainstream Quebec fare mixed in with this modern malaise that seems to be infecting recent Quebec Cinema. I need some more smooth gravy of the mainstream on the fermented cheese of the art cinema that curdles up against the savory fries of the industry that is Quebec Cinema. (Come on, you knew I had to work in poutine somehow?)

Nice job! I definitely appreciated Continental, a Film Without Guns more than the usual hyperlink-movie. I'm not sure I agree with you on the title though. I thought it might be a coy refutation of Godard's "all you need is a girl and a gun" quote. Here we have a film with plenty of human drama but no need to introduce firearms.

What exactly does he mean when he says regarding The Last Continent: "the used-before score"?

Thanks, Brian. And, yes, I will defer to your wider breadth of film knowledge when deciphering the more plausible reference of the title.

And, Anonymous, I'm glad you commented on that, because I feel like I rewrote what I was trying to say about that score with every draft. Your call for clarification has me revisiting it again and realizing that my final decision to say 'used-before score' is not as clear as I'd like it to be. What I meant to say is the score has either been used before or is so generic, it feels as if it's been used before.

But you've made me realize that saying 'used-before' is not the best adjective, since it results in a claim that it was indeed used elsewhere, which I cannot support. So I would now change that to 'generic score', which should better explain what I intended, that the score sounds/feels as if I've heard it several times before, dampening the impact of the scenes it accompanies.

I'll leave it to my editor (Mr Guillen) if he wants to do the line-cross/replace edit I see other blogs do. Like many blogs, I practice ethical writing and own up when a commentator's point illuminates problematic wording.