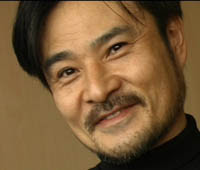 Many years ago I was taught to dream in detail and that such details involve the discipline of placing one foot patiently in front of the other. Walking to my scheduled appointment with Kiyoshi Kurosawa—whose most recent film Tokyo Sonata screened during this year's Toronto International Film Festival—I kept watching the tips of my shoes on the sidewalk; the fulfillment of some dreams are just that vivid. If there were only five filmmakers in the world I would ever be allowed to talk to, Kiyoshi Kurosawa would be first among them and I am deeply grateful to Fortissimo Films for arranging the interview and to Linda Hoagland for her translative assistance.

Kiyoshi Kurosawa's Tokyo Sonata is a portrait of a struggling Japanese family: a father Ryuhei Sasaki (Teruyuki Kagawa), who abruptly loses his job and conceals it from his family; the eldest son Takashi (Yu Koyanagi) who hardly ever returns home from college; the youngest son Kenji (Kai Inowaki) who furtively takes piano lessons without telling his parents; and the mother Megumi (Kyoko Koizumi) who knows deep down that her role is to keep the family together, but cannot find the will to do so. Somehow a single, unforeseeable rift has developed within the family, spreading quickly and quietly, and threatening to break them apart. 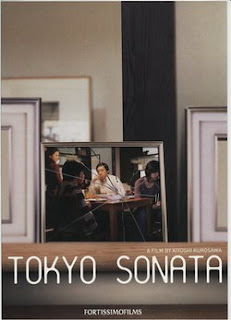 At the Greencine Daily, Dave Hudson has gathered together the critical response from both Cannes (where Tokyo Sonata won the Un Certain Regard Jury Prize) and the New York Film Festival. In her Cannes report to Film Comment (July/August 2008, p. 54), Amy Taubin discerns: "The film would seem to be a turning point for Kurosawa; the sustained quiet anxiety that pervades the early scenes and the eruption of hysterical behavior toward the end are grounded in realism with no reference to the paranormal phenomena that have been at the center of his work." At Senses of Cinema, Markus Keuschnigg writes that Kurosawa's "somber family tale" exceeds expectations. "Kurosawa's assured directing makes way for a new family structure that falls into place at the very end of the movie." As Matt Riviera assesses in his write-up of Tokyo Sonata for the Sydney Film Festival: "Japanese society obeys strict laws and a rigid structure, but in Kurosawa's dystopia, it takes very little to break the social contract. The eruption of the supernatural—or even the semblance of the supernatural—frees men and women from their responsibilities and renders meaningless the rules that ordinarily keep them in line. While it is devoid of supernatural elements and includes occasional forays into screwball comedy, Tokyo Sonata is not a total departure from Kurosawa's genre offerings of the past 10 years. In fact, it could be his most frightening film to date. Thematically, it contains many of the motifs present in the director's horror films: alienation in contemporary Japanese families, the fragility of the social fabric, the incapacity to articulate our fears." 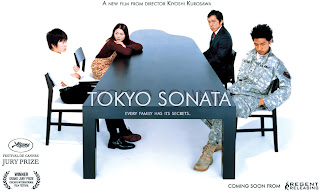 Michael Guillén: Thank you so much for taking the time to talk with me today. I'm a great fan of your films and this is a true honor. [Kurosawa smiles and nods his head.] Several years back you accompanied Doppelganger to the San Francisco International Film Festival, where we met briefly at that time. In your public address you said something I loved, which has stayed with me all these years. You asked your audience what was missing from Doppelganger and—after the audience ventured guesses—you eventually admitted that what was missing from the film was law enforcement, which explained the freedom the doppelganger had to commit his crimes with impunity.

Kiyoshi Kurosawa: [Laughs.] Did I say that?

Guillén: The result of that revelation is that now—every time I watch one of your films—I measure its "reality" by the parameters of its alterity. Thus, I'm wondering with Tokyo Sonata, what you consider its alternate reality?

Kurosawa: That's very interesting. If you were to ask me is this an absolute perfect portrait of life in Tokyo today, the answer would be no; it's the Tokyo that I imagine. But, unlike horror, it's a heart beat into the future. It's not Tokyo life today, but maybe tomorrow. 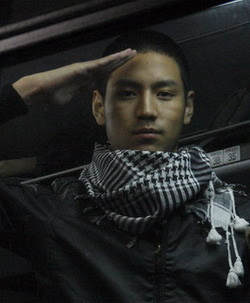 Guillén: As I was watching the film, what struck me as a possible alternate reality was the story of the older son. For a moment I thought, "Are the Japanese really sending soldiers to Iraq?! Is that true?" I was momentarily confused and unsure, but in a delighted kind of way. 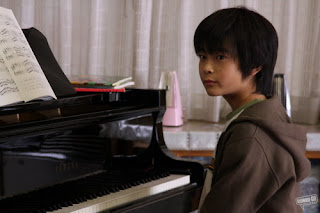 Guillén: Tokyo Sonata is much more subtle in its deployment of the fantastic than your previous films. Music-wise you've long been noted for your rumbling, ominous atmospheric scores. The music in Tokyo Sonata is quite different than anything you have done before. It's almost carnivalesque. What induced that?

Kurosawa: Originally I had thought—because Tokyo Sonata was not a horror film or a genre film—that it would not have any music at all. I thought I would just have the full piano piece at the end. But well after I had finished editing the film, a long time after, I realized I wanted some music so I had music composed. I can't recall exactly what I asked the composer to do, but I think what I asked him for was the music of a very close tomorrow. Not futuristic music but a kind of future that could happen tomorrow. 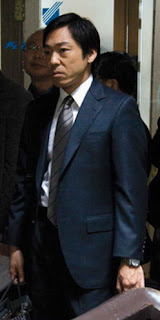 Guillén: The press has gone on and on trying to determine how Tokyo Sonata is a significant departure from your previous horror films, but—as someone who three years ago lost my lifetime employment in late middle age—I found Tokyo Sonata precisely horrifying albeit in a slightly comic way. I know that the apocalyptic themes you approach in your films you consider hopeful and I have to agree that in this film the falling apart of the family carries promise.

Kurosawa: I really did want to infuse the ending with some kind of real hope. That was my intent. But, of course, not a false hope or a literally unbelievable happy ending. The film ends with them attempting to start over. The elder son is still gone and probably not coming back. They still have all their problems, but they're trying to solve all those problems. It's in their attempt to give it another go at solving the problems wherein the hope lies. 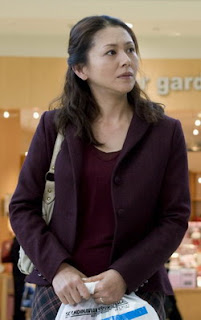 Guillén: I would say that you have taught me through your films that true horror—even though I have been admittedly scared by your ghosts—true horror is more the dread of a possible outcome; a dread that clings to you throughout a lifetime. I could still interpret Tokyo Sonata as a horror piece because it concerns itself with the collapse of career and the effect of that on the family. The dread of such a scenario is a weight that pushes people down. Hope would have to be interpreted as anything that could lift that weight.

Kurosawa: Well, yes, I appreciate your perspective on that. I am a filmmaker and as a filmmaker it is a very fragile position. I could lose my way. Looking back on it now, for the last 10 years I've been very fortunate to be able to keep working; but, before that, really I was like someone unemployed leafing through the job classifieds. I really have a sense of the fragility of an individual's social standing through work.

Guillén: I hope this is not too personal a question, but I've long been intrigued by your wife's collaboration with your films and what she specifically contributes to your vision as a filmmaker?

Kurosawa: She's very influential. When I received the original screenplay and the offer from the producer, I wavered. I wasn't confident that I could pull it off and it was my wife who insisted. While I was drafting different drafts, she read them many times and gave me insightful advice. She doesn't work with me on set or anything, but she's really my sharpest critic while I'm cutting the film as well. It's not overstating the case to say that with every film it's her approval that I'm trying to achieve. 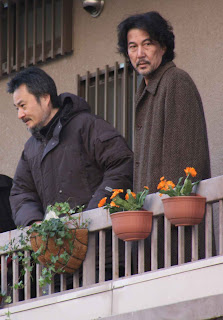 Guillén: That's lovely. I would be remiss not to mention Kôji Yakusho's hilarious performance as the manic-depressive burglar Dorobô. He struck me as a narrative agent of change. How do you perceive his role in changing the Sasaki family?

Kurosawa: When I was first redrafting the screenplay, I dreamed up that character as someone who would willy-nilly drag the mother out of the house so that she would realize or recognize that she is a human being before she is a mother or a wife; but, I never dreamed it would be played by Yakusho. I knew from the beginning that Yakusho's schedule was full for the duration of the filmmaking, so I didn't even consider him. By the time I had cast almost all the parts he suddenly emailed me out of the blue and said, "I have three days to spare. Do you have a part for me?" At that point the burglar was the only role left. Once he was cast, I sent him the screenplay for his approval. As I was revising it for him, I realized that it was gradually turning into a kind of pathetic extension of all the other roles he's ever played for me. 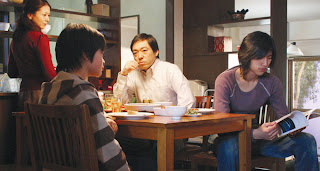 Guillén: I know I shouldn't second guess your scriptural decisions, but why did the father return the money, especially since the family was in such need of it?

Kurosawa: You know, that's the first time anyone's ever asked me. Unlike my other films, in Tokyo Sonata the law really does exist. I think it's because he really wants to start over again and—in order to start over again—he needs to be at zero. He doesn't need the negative baggage of unlawfully-acquired money. I think in the movies I have made until now, he probably would have kept the money and become a complete outlaw and moved towards a different kind of hope; but, in that case, he would have left the family behind as the unnecessary detritus of a former life. I didn't want to move him in that direction.